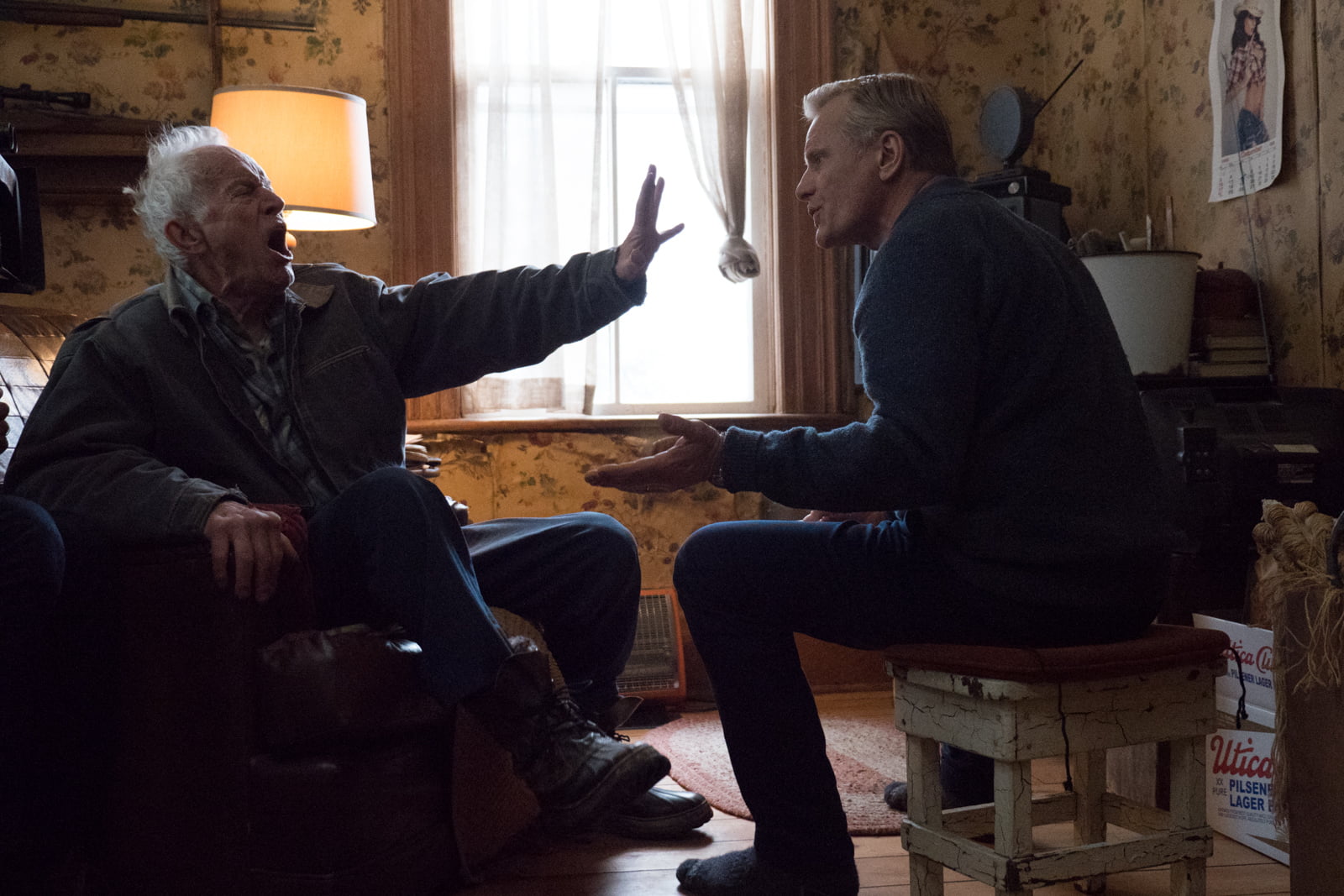 An assured, albeit basic and overindulgent directorial debut from Viggo Mortensen, Falling is the type of drama one can tell was made by a well trained actor at the helm. Wearing multiple hats as director, star, writer, and producer, Mortensen does a fine enough job with this story of a bitter and increasingly senile old man destined to battle with his estranged children to the bitter end. It’s a good, but flawed movie with some truly exceptional elements.

That old man is Willis Peterson, played by character actor Lance Henriksen in handily the best performance of his career. A gruff, macho, and overly confident boor, Willis was an emotionally abusive cad to his wives and kids before his memory started to lapse. His gay and happily married son, John (Mortensen), has brought Willis to California in hopes that dad will find a place of his own closer to family. The conservative minded Willis – who proudly states that swimming in the ocean will give you AIDS and that California is for “c**ks**kers and flag burners” – won’t go quietly, refusing to believe that John’s mother and his first wife, Gwen (played by Hannah Gross in flashbacks), has passed away.

Falling isn’t the best film I’ve seen this year about adult children dealing with an obstinate parent’s inability to care for themselves anymore (that title goes to The Father, also at this year’s festival), but it’s an admirable and heartfelt one despite the familiarity of the story. Mortensen has created an actor’s showcase for his feature debut, which means Falling is a good example of a first-timer sticking to what they know best. There are no bad parts to be found, and everyone gets a chance to shine above the ensemble for a moment. It’s largely Henriksen’s show, with the actor creating a nuance and believable whirlwind of discomfort and intensity. It’s also a wonderful showcase for Swedish actor Sverrir Gudnason, who portrays Willis as a younger man to equally impressionable effect as the type of guy who can’t let his own kid’s tenth birthday party go by without starting a petty fight on principle.

Mortensen also has a great eye for visuals and design, creating a fully lived in world for his characters, and even offering some unique stagings and framings for scenes that could’ve been static conversations. But Falling is also overly long by at least thirty minutes, with Mortensen allowing sometimes repetitive sequences to drag out long after they’ve made their point. There are moments within these scenes that work rather brilliantly, but they’re in desperate need of some editing to make Falling feel less like a slog at points. I get it, though. He’s an actor. He wants to make his cast look good, and he does just that.