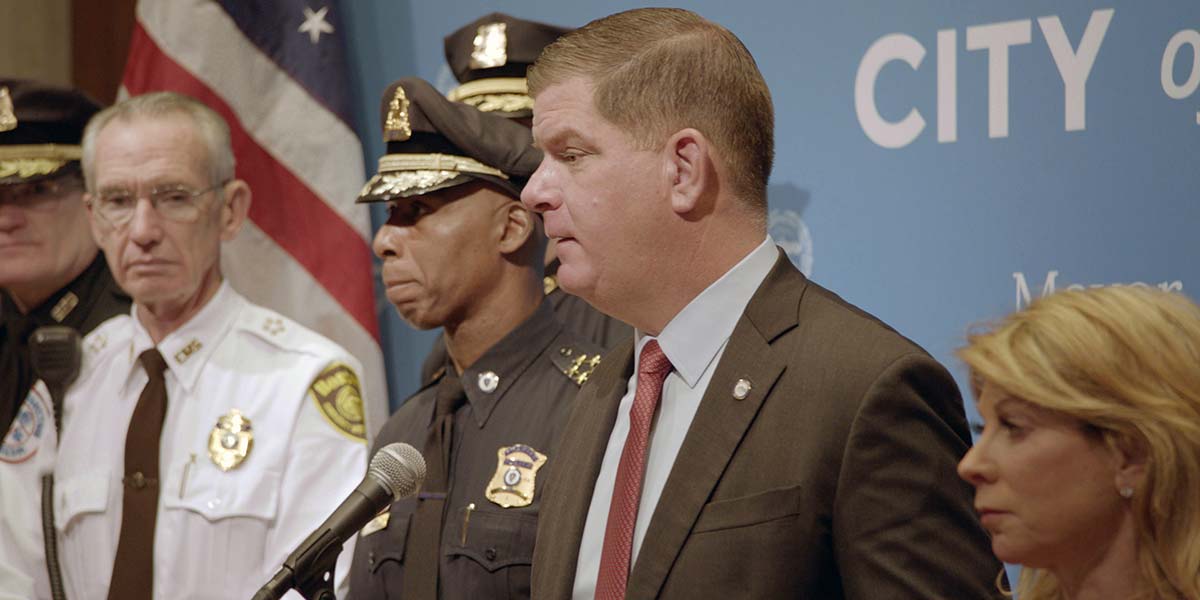 For his latest epic, observational look at a complex system and the roots branching out from them, City Hall, esteemed documentarian Frederick Wiseman turns his unwavering eye to the legislature of Boston, Massachusetts with unexpectedly thrilling and moving results.

For those unfamiliar, Wiseman (In Jackson Heights, Titicut Follies, National Gallery) makes lengthy, unfiltered examinations of how various institutions and professions function, and how they serve the people that make use of their services. While City Hall finds some overlap with recent Wiseman films like State Legislature and Monrovia, Indiana, there’s a warmth and timeliness that’s disarming in his most recent effort’s impact.

While many on the right of the aisle might think the exact opposite, the city of Boston – led by Mayor Marty J. Walsh, who like most great politicians wears his heart and personal baggage on his sleeve – has been somewhat of a bastion of sanity and level-headedness during the Trump administration. As Wiseman observes chamber meetings, call centre workers, building inspectors, community outreach events, and frank discussions about gentrification, veteran’s affairs, and the opioid crisis, City Hall becomes a love letter to the importance of giving voices to marginalized peoples and minorities. Not everything is wine and roses throughout City Hall, but it harkens back to a time not too long ago where disagreements and hot button issues could be discussed both passionately and respectfully among parties wanting to be heard. Shot in the fall of 2018 and winter of 2019, City Hall already feels lightyears away from the world we’re living in now, and Wiseman has made a film that illustrates in no uncertain terms that we can get back to a sense of political normalcy at any point if we wanted to.

Late in the film, during a discussion about an upcoming NAACP convention, Walsh makes it known that everyone, not just the well connected, are as vital to the conversation as anyone else, and this one moment – in a film filled with countless brilliant slices of life – sums up Wiseman’s intentions perfectly. City Hall might actually be Wiseman’s career best.