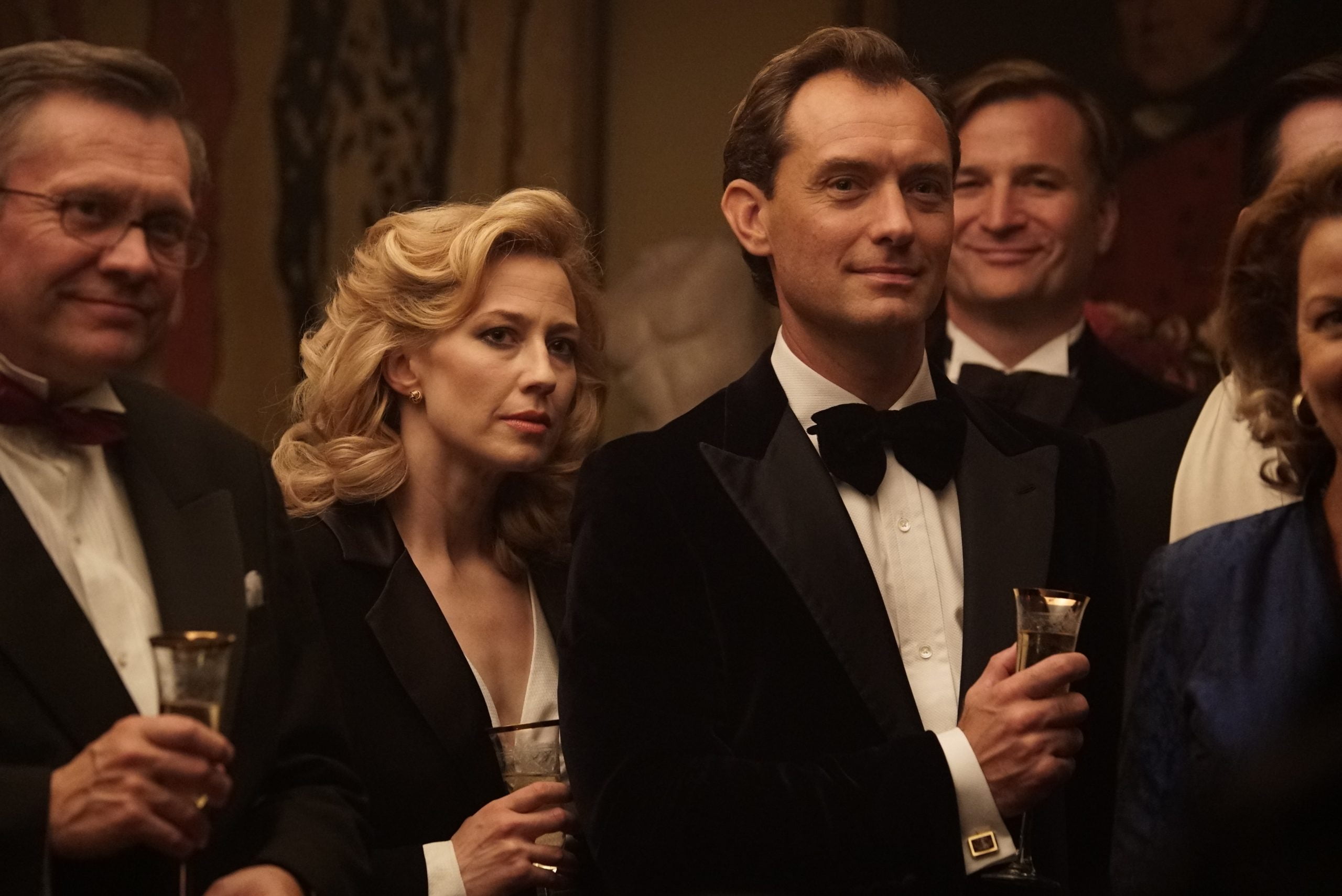 It sounds hard to believe, but the knife edged domestic drama The Nest is only the second film written and directed by Sean Durkin. If that name sounds familiar, it’s because his first film, the (fine, but slightly overrated) cult drama Martha Marcy May Marlene, was a highly acclaimed indie effort that made a star out of Elizabeth Olsen and helped to further elevate the status of character actor John Hawkes. That film came out almost a decade ago now, and outside of some solid credits as a producer of independent films, not much has been heard from Durkin in the interim.

The Nest, starring Jude Law and Carrie Coon as a married couple in 1980s England on a slow boat to domestic hell, is a film so powerful and unforgettable that it almost erases the memory of the film that briefly made him a buzzed about talent in the first place. A sharply written and gutturally toned reimaging of a crumbling marriage as a thriller rather than a melodrama, The Nest succeeds where so many other films about fracturing psyches fail. It’s a work of drama that goes for the throat and pulls no punches, with Durikn in full control of his startlingly layered, character driven narrative. The Nest is a work of great delicacy and pain, led by two exceptionally matched actors working at the peak of their abilities.

Rory (Law) is a high rolling businessman and investor whose prospects have dried up stateside. It’s Rory’s belief that he can make more of a killing than he already has by heading back to his native England. His teenage daughter and son (Oona Roche and Charlie Shotwell) are quietly compliant, but Rory’s American, horse trainer wife, Allison (Coon), is highly skeptical. Rory ends up renting his family an gargantuan mansion in Surrey. (“Led Zeppelin once stayed here while recording an album!”, Rory excitedly exclaims at one point.) The lifestyle is more than the family can afford, confirming Allison’s suspicions that Rory is lying about the success he’s having at work.

Durkin isn’t the first person to reimagine marital strife as a pseudo-thriller, but The Nest might be one of the best examples of such a film. The family’s new mansion might be a creepy bit of production design on its own, but Durkin and Hungarian cinematographer Mátyás Erdély (best known for his previous collaborations with director László Nemes on his stunning films Son of Saul and Sunset) lean hard into the ominous here, with murky tones favoured to amplify shadows, and plenty of slow push-ins and pull backs during tension packed conversations and arguments. There’s also some nifty 80s period details (and soundtrack choices) that set the stage without using its chosen time period as a stylistic crutch. But all of the appropriately eerie style wouldn’t mean much without Durkin’s perceptive and darkly witty script or the powerful performances turned in by Law and Coon. 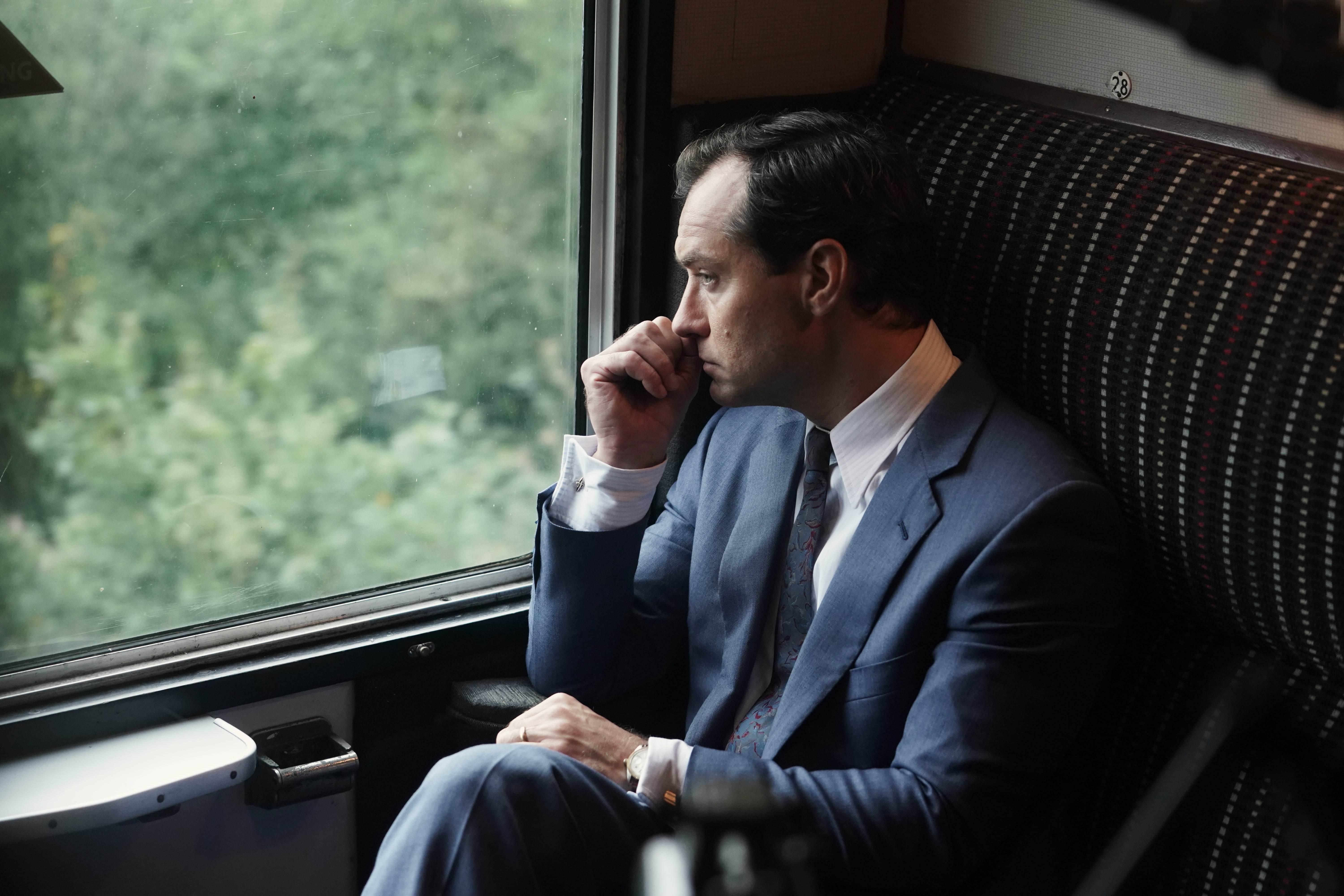 Law has never been better than he is here, portraying a man in full blown, borderline psychopathic denial that his entire life is in freefall. Rory is a man so consumed by ego, that he’s able to convince himself (but not really his family) that the move to England is to show off and reaffirm his status. He quite literally believes that the world owes him not just something, but everything. Not too long into his return, Rory’s greedy desires start to falter, and his porcelain mask of refinement and geniality starts to slip and eventually shatters; a development that’s of little surprise to his increasingly angry and depressed wife. On one hand, Law’s depiction of Rory as a product of unchecked, free market capitalism makes the character an all time poster child for the 1980s, but Durkin and Law both recognize that the character’s penchant for lying to his family is a timeless issue.

For her part in this equation, Coon is every bit Law’s equal, with this performance ranking alongside her inexplicably undervalued performance in David Fincher’s Gone Girl as a career best. Her performance is one that arrives in waves, as the character vacillates between crushing lows and certain epiphanies regarding her marriage and family. When those waves come crashing into shore, Coon unloads on Law or any of her other scene partners with the force of a bomb. Coon perfectly portrays a woman that’s sick and tired of bottling up her feelings, and the scenes where she lays into her duplicitous husband (frequently happening either during dinners at home or while out on the town) are some of the best moments in any film this year. Law and Coon make one of the best dysfunctional couples in cinematic history, and Durkin gives them plenty of space amid all of his created atmosphere to let the actors verbally and emotionally duke it out to the death.

The Nest is invigorating and enthralling, despite being about emotional abuse and the depths of desperation. There could stand to be a bit more story off the top to explain how things got this terrible and why the couple is still together (there’s some mention of it towards the end, but not a lot), but otherwise, The Nest is an outstanding film that never misses a beat or opportunity. It’s first class filmmaking and two performances that I won’t be forgetting for quite some time.

The Nest opens in select cinemas across Canada on Friday, September 18, 2020. If seeing a film in cinemas, please take all necessary precautions. Practice social distancing, wear a mask, and stay home if feeling ill.