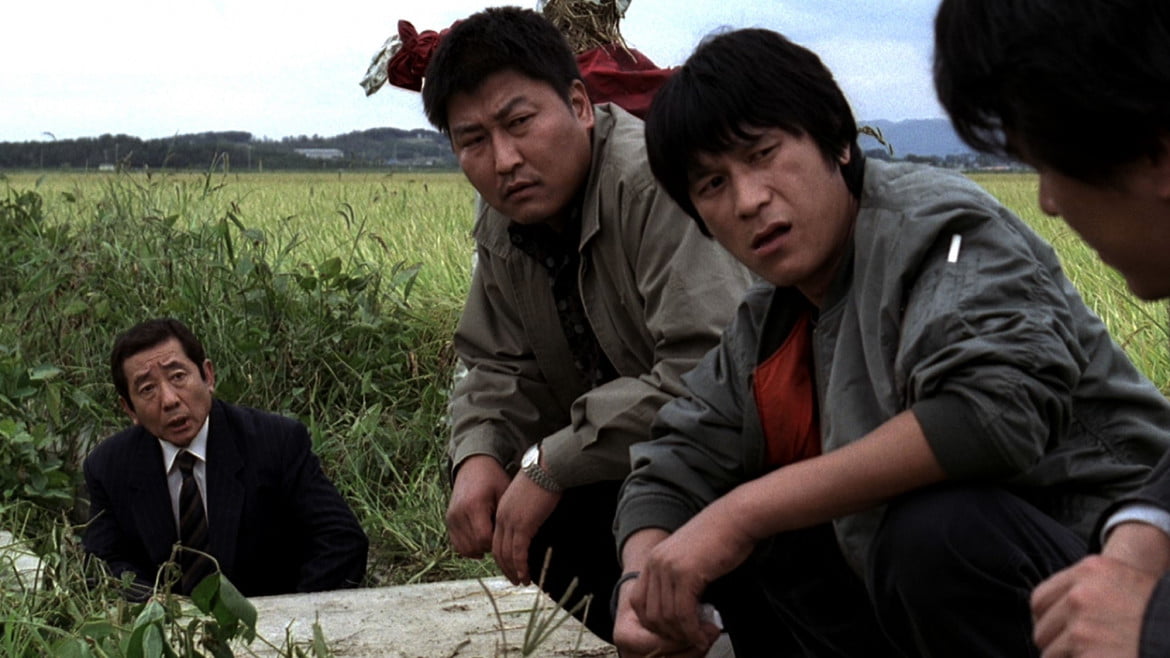 Bong Joon-ho’s 2003 crime thriller Memories of Murder is one of the best procedural epics ever made, ranking firmly alongside the likes of David Fincher’s Zodiac and Michael Mann’s Manhunter. Taking inspiration from a real string of murders that occurred in South Korea from 1986 to 1991 – the country’s first recorded case of a serial killer – Memories of Murder best typifies the sort of darkly comedic, nerve-jangling, and morally sticky narratives that Bong Joon-ho would make from that point onward. Now that his most recent film, Parasite, has become the first ever Oscar winner for Best Picture that wasn’t in the English language, the time is right to re-visit the auteur’s first undisputed (and in some ways, underrated) masterpiece, with the help of a gorgeous new restoration.

After two bodies of young women who have been raped and murdered are found in a rural irrigation ditch, ill equipped small town detective Park (Joon-ho mainstay Song Kang-ho) begins his investigation. The murders have occurred during a time when access to DNA identifying technology and other forensic methods of detection and identification didn’t exist yet in the country. Not that it matters, since the local police’s methods of securing crime scenes and collecting evidence proves to be both inadequate and inept. Compounding Park’s situation is his partner, Cho (Kim Roi-ha), a hothead who isn’t above beating a false confession out of a suspect. Kim (Seo Tae-yoon), a younger detective from Seoul with actual homicide experience and American FBI training, is brought in to assist in the investigation, with the big city cop’s more level-headed approach to solving the case runs afoul of a the local force’s desire to wrap things up as quickly as possible.

Based on a play by Kim Kwang-rim, Memories of Murder makes its core murder investigation feel appropriately thrilling, chaotic, and hopeless, driven by character who can’t see that they’re their own worst enemies. Park, Cho, and Kim all have differing opinions on how the investigation should be carried out, and none of them have the right answers. Park is lazy enough to take shortcuts and come up with wildly inventive theories. Cho is a glory hog and egotist who probably only has a job still because of his partner. Kim is on the right track, but he doesn’t know anything about his new environments and his methodical approach might be the reason why the killer’s body count continues to grow. Joon-ho’s second feature showcases both successes and failures, but mostly the latter, and therein lies the masterful details that make the story, characters, and performances so compelling. 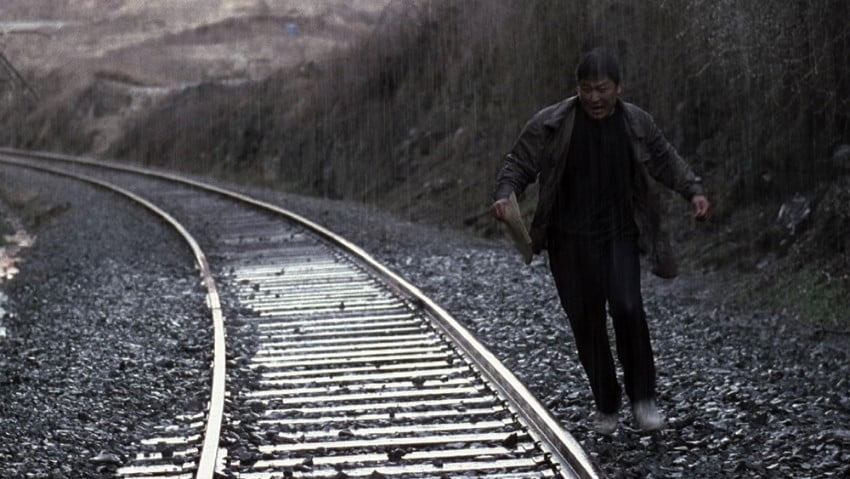 Line many Joon-ho films, the underlying satire in Memories of Murder comes from prejudices, unconscious mistakes, and outright lies that are told in a bid to save face. None of the characters in Memories of Murder are particularly likable, but they’ve all been tasked with putting a stop to a greater evil. All three have different definitions of what “justice” looks like, and while they utilize the tools they think work best (brutality, obfuscation, science), none of them are able to get closer to identifying the real killer, and despite some evidence that could point to patterns in the killer’s behaviour (the same song playing on the rainy nights killings occur, a penchant for victims wearing red), they could looking at mere coincidences or grasping at straws. The guilt piles up not just for the killer, but for the detectives, leading to one of the most unforgettable, wrenching, and uniquely low-key climaxes to a thriller ever staged.

Although a great deal of the story has been fictionalized (with the real case only getting solved last year), Memories of Murder remains a staple of the true crime genre, aging so perfectly that it feels almost contemporary, which is remarkable when one remembers that it’s a period piece. Fans of Bong Joon-ho’s more recent, eclectic works might be surprised to see a filmmaker of his calibre working on something this relatively straightforward, but look beyond the obvious (which these detectives are incapable of doing) and one will see a masterwork well in line with the director’s bigger budget successes. A mournful, sometimes funny, and consistently engaging crime epic, Memories of Murder is an all time classic from one of the greatest filmmakers alive; a work so keenly observant and emotionally intelligent that no review could ever do it justice.

The restored Memories of Murder opens at theatres in select cities starting on October 19, 2020, expanding to additional locations in the following weeks. Check your local listings for theatres and showtimes. If seeing a film in cinemas, please take all necessary precautions. Practice social distancing, wear a mask, and stay home if feeling ill.