Bruce Springsteen’s Letter to You | Review

Bruce Springsteen’s Letter to You is another cinematic effort from the prolific, celebrated, and highly gifted rock and roll legend produced to enhance his reach beyond concerts and albums, and while the final results aren’t very different from the dozens of similar projects he’s shaped and composed over the past two decades, there’s still plenty to chew on for fans and casual observers alike. Bruce Springsteen’s Letter to You still feels like supplementary material for his latest album, but The Boss is such a naturally gifted storyteller, raconteur, and thinker that spending time with him is a pleasure. Once a passionate young man with emotions and opinions that needed immediate expressing, Springsteen has now settled peacefully as rock and roll’s cool and wisened uncle with grace, dignity, and musical chops intact. Bruce Springsteen’s Letter to You is an attempt to link the past to the present, albeit one that doesn’t have nostalgia first and foremost on its mind.

Bruce Springsteen’s Letter to You takes its name from his recently released album, taking a peek behind the scenes of its creation. Letter to You is Springsteen’s first batch of new material to be recorded with the venerable E Street Band since 2014, and it finds the Asbury Park native in a particularly sombre and reflective mood. Filmed towards the end of last year – in that magic moment where fall suddenly gives way to a snowy winter – Bruce Springsteen’s Letter to You takes place entirely in the studio, giving viewers a detailed look into the band’s creative process. Springsteen writes the songs and takes credit for the initial direction, but he’s quick to note that writing solo material and tracks to be done with the E Street Band are different beasts. Once Springsteen tells the band where he wants to go, his collaborators help to shape the overall sonic direction of the tracks.

Almost every track from the new album gets its own spotlight, including narrated introductions from Springsteen about what he was feeling when he wrote them. Although it was written before the global pandemic and the world further backsliding into cultural oblivion, Letter to You feels like a perfect album for the current climate. Springsteen, who just turned 71 last month, has been thinking a lot about death. He’s the last surviving member of the first band he was ever in, and the memory of late E Street Band saxophonist Clarence Clemons looms large here. Standout tracks “Ghost” and “One Minute You’re Here” find Springsteen wrestling with loss, memories forever coloured through the lens of death, and his own mortality. While Springsteen constantly reaffirms to his band members throughout frequent collaborator Thom Zimny’s documentary that he’s “in it till the wheels fall off,” the singer-songwriter knows he can’t keep doing this forever. At a time when many people are wondering where they’ll end up in life, it’s comforting to know that someone as successful as Springsteen has similar concerns. 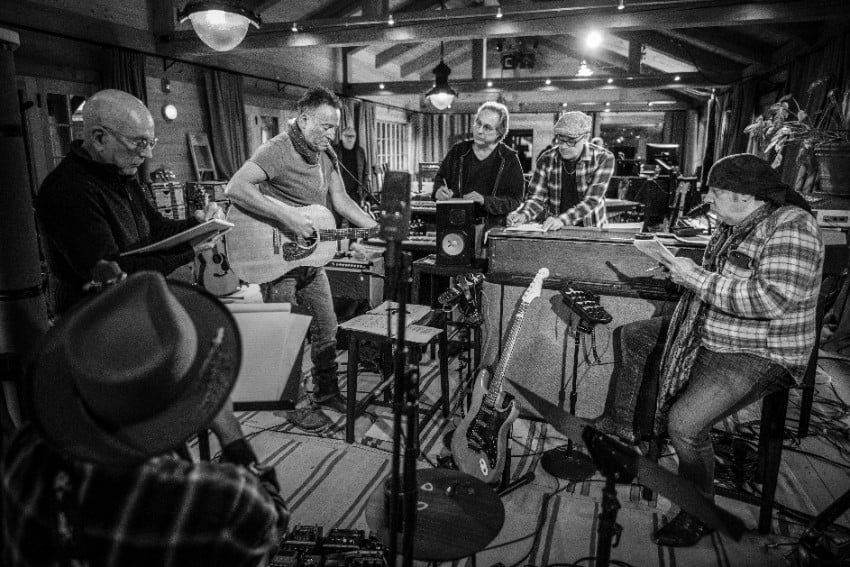 Bruce Springsteen’s Letter to You once again showcases the artist’s staying power over the past fifty years. Rarely one to gloat about successes or lash out against critics, Springsteen has earned the respect of music fans through sheer perseverance and his keen observational senses. Even when Springsteen isn’t singing, he speaks in a manner that’s both eloquent and down to earth; like a rare breed of poet who never wasted a breath in his life. The interludes between standard behind-the-scenes documentary bits and the musical numbers shine brightest in Bruce Springsteen’s Letter to You. With integrity and sometimes brutal honesty, Springsteen uses Zimny’s film (in much the same way as he did with their work on Western Stars last year) as something that feels close to group therapy. Even if some of the songs themselves aren’t up there with Springsteen’s best on an objective level (even diving into the past to record tracks written pre-Greetings from Asbury Park), he’s able to talk about their meaning and his connection to them with detail and precision. Anyone who has seen Springsteen’s outstanding (and in many ways, career defining) 2018 one-man Broadway show will already know just how confidently he can command an audience while doing nothing more than delivering a soliloquy. But even without hundreds or thousands of adoring fans in attendance, the singer wants all of his conversations to be personal ones.

Zimny, who has been one of Springsteen’s greatest collaborators since around the turn of the century, knows to simply let Bruce be Bruce and allows those conversations arise naturally and without embellishment, aided here by the decision to shoot in black and white to further strip things back to basics. Bruce Springsteen’s Letter to You opens with its subject talking about those very conversations with his listeners, some that have lasted his entire life and others that are just starting. Springsteen sings about what he knows, what he’s experienced, and what he’s observed; never speaking down to listeners or deceiving them by pretending to be someone he isn’t. He knows what it’s like to feel inadequate and like a person with something to prove to the world. He’s there for anyone who wants to listen. Personally, I have never purchased more than two Springsteen albums in my life, but I would still consider myself a fan of his for this very reason. Even if he’s confronting the waning years of his life with Bruce Springsteen’s Letter to You, his conversations will live on like the works of a great philosopher.

It’s surely a joy to some to watch Bruce bullshitting and doing shots after recording sessions with his closest mates, but the real power of Springsteen and Zimny’s latest lies in the formula that made the singer popular in the first place. Bruce Springsteen’s Letter to You might not be anything new for all parties involved, but it remains unapologetically authentic and genuine. To some degree, this one is for the fans, but anyone who likes to be in the court of a master storyteller can still easily get caught up in this. 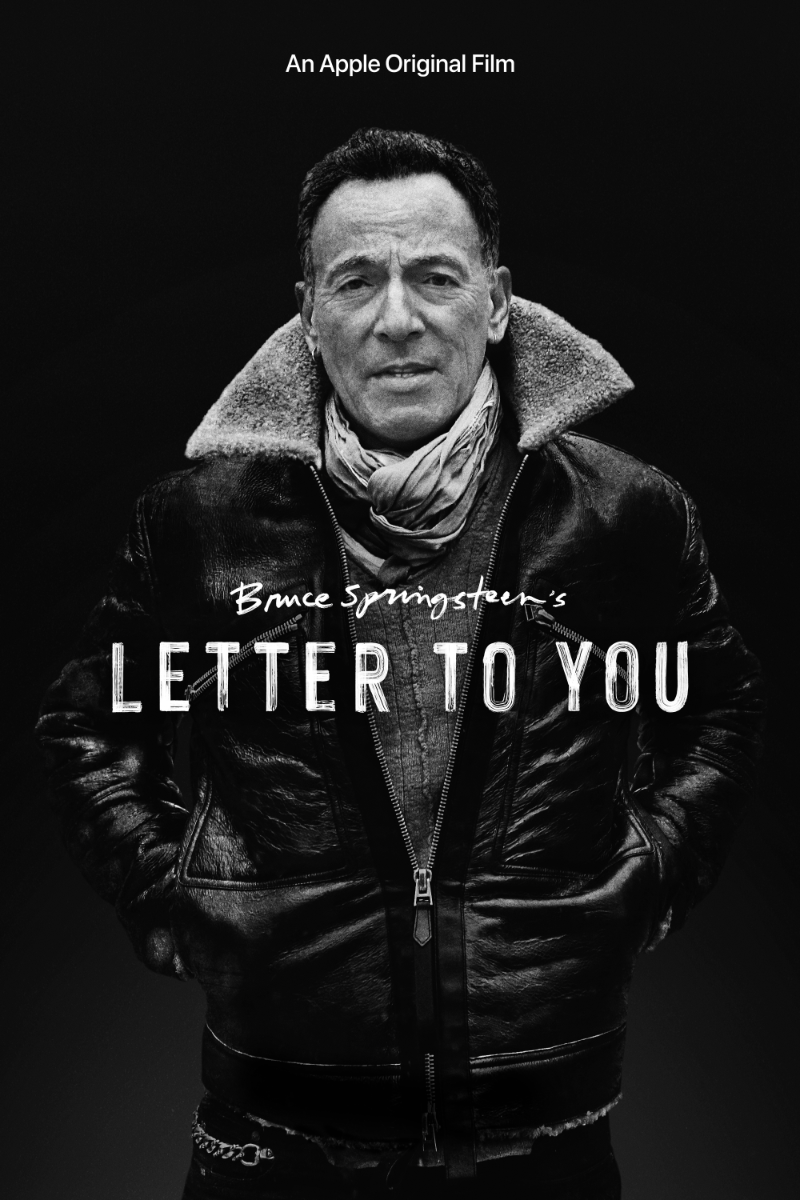