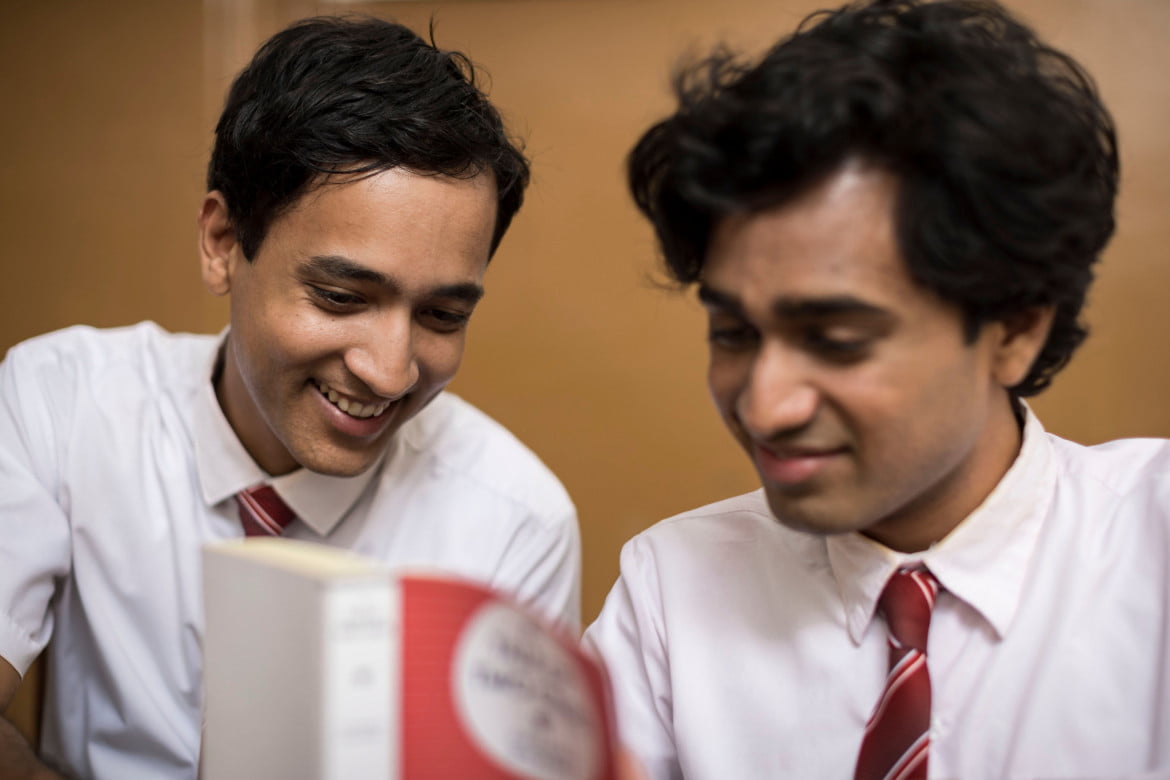 Funny Boy, Canadian filmmaker Deepa Mehta’s adaptation of the 1994 bestselling novel by Shyam Selvadurai, is a mostly successful drama that works well when at its best, but occasionally delivers too light of a touch. Funny Boy is Canada’s selection for (newly renamed) Best International Feature Film Oscar contention this year, and while it makes sense, given that this coming of age story takes place in late 70s and early 80s Sri Lanka, a large portion of the film is in English. The discussion surrounding use of the Tamil language is part of a larger cultural and representational discussion that has dogged Funny Boy in recent weeks leading up to its release, but the story at the heart of the film, which examines issues of racial inequality, sexual identity, and genocide, is one well worth telling and sharing.

Funny Boy is the story of a young Tamil named Arjie, played by Arush Nand as a child and predominantly by Brandon Ingram as a teenager. Much to the disappointment of his hotel owning father, Appa (Ali Kazmi), Arjie gravitates towards “girlier” pursuits and interests, which are supported by his more worldly and artistic aunt, Radha (Agam Darshi), an empowered young woman who recently returned from Canada and is about to rock the family’s cultural boat with waves of her own. As Arjie grows up, he becomes more aware of his queerness, but being open with his sexuality is impossible. It’s not a singular matter of Arjie’s family disapproving and disowning their son, but also because he is Tamil at a point of great violence and upheaval in Sri Lanka. Tensions between the ruling Sinhalese government and the Tamil community are reaching a bloody and dangerous apex, leading a young person already struggling with his identity into an even more difficult place.

The poignancy of Funny Boy comes from a question that’s being asked more in films today than ever before. How can one embrace the truth of their sexual identity when they’re already defined by having a “dangerous” background? In such a politically and culturally fraught climate as Sri Lanka was and continues to be, being queer (which is still illegal in the country) and Tamil is like pouring gasoline onto dynamite. Arjie’s sexual awakening is compounded life of death stakes for his people. Even though Arjie knows the majority of his family won’t accept the truth, he keeps it under wraps as best he can because they’re experiencing violent prejudices that only grow worse by the day.

The script by Mehta and author Selvadurai has a great ebb and flow. Funny Boy knows precisely when to forefront either the queer or Tamil aspects of its story and the best points for them to intersect. Funny Boy handles both of the material’s main angles with respect and compassion, which is a testament to Selvadurai’s source material and some of Mehta’s strongest visuals to date. Filming with intense close-ups, detail oriented wide angles, and a style that gets shakier and less smooth as tension builds, Mehta’s visual storytelling throughout Funny Boy is unparalleled in her career. When it comes to depictions of violence against Tamils, Funny Boy is unflinching, showing terrifying assaults and the events of 1983’s Black July mob attacks in stark detail. Outside of the distracting flitting between Tamil and English that makes the film seem more Canadian than Sri Lankan, Funny Boy mostly has a firm grasp on its narrative. 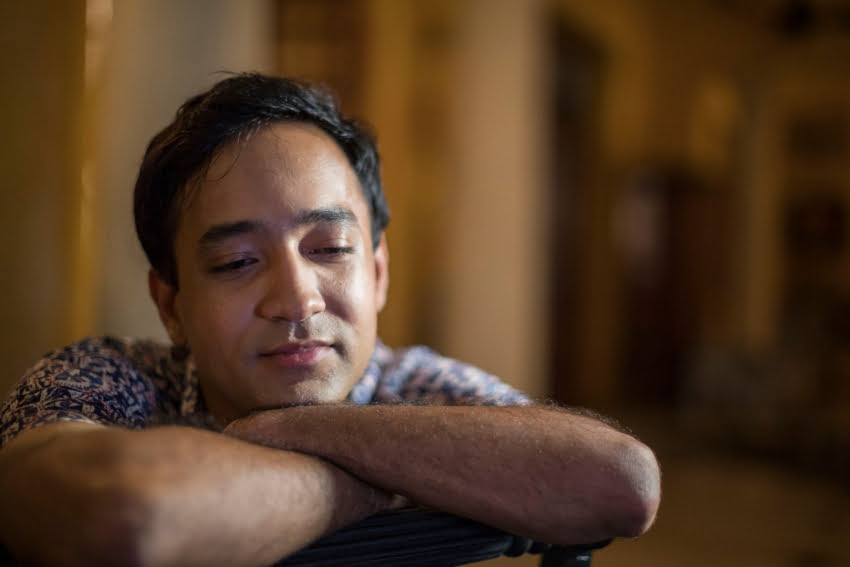 While Funny Boy has a lot to say about searching for sexual identity and cultural oppression, it also comes with equally thoughtful insights about the nature of privilege. Arjie’s family is a lot better off than many Tamil families, with the young man’s parents handily affording to send him to a posh school. To the Sinhalese, the overall wealth of Arjie’s family means very little in the grand scheme of things. Through the character of Appa – who refuses to get political for the sake of his family and business – Funny Boy looks to the past to teach lessons about today. While anyone who knows Tamil history can probably guess that Funny Boy isn’t building to a tidy or perfectly happy ending, this story can be viewed as another great example of how human rights abuses are allowed to run rampant because those experiencing them are staying silent in a bid to go along with the nationalistic flow. It’s a great depiction of the time period, and just as relevant today.

For his part, Ingram delivers a revelatory and emotionally intelligent performance. Whether Arjie is experiencing moments of confidence or anxiety, Ingram’s instincts and body language do a lot of the talking for him, making for a thoroughly believable depiction of a young man wrestling with adult questions that will forever alter the course of his life. Ingram has outstanding chemistry with Darshi, who provides a world that’s losing warmth and kindness with a beacon of hope, and alongside Rehan Mudannayake as Shehan, a Sinhalese student and crush that empowers Arjie when he needs it most. Also of note is Shivantha Wijesinha, who brings a simmering, potent intensity to his role as one of Appa’s employees, who eventually gets involved with the Tamil Tigers.

But the lightness of the material alluded to earlier rears its head at the most inopportune times. The dialogue (not helped by the already mentioned language issues) frequently devolves into melodramatic soap opera territory, a setting that doesn’t mesh well with what Mehta is trying to accomplish visually and tonally. Important and powerful conversations are sometimes derailed by efforts to make the drama more commercially palatable rather than realistic, coming across at times like a b-grade made for television production. It takes away from the overall intensity, and despite Mehta never shying away from violence or tragedy, Funny Boy still feels like a film that’s pulling its punches when it should be landing them.

But taken as a whole, Funny Boy deserves commendation for telling a culturally specific story that hasn’t been told before. Individual themes in the story will be relatable to people for different reasons, but the specificity of Arjie’s life is unique and handled with great care. Today, many films meant to meaningfully talk about queerness and human rights abuses – even some of the best ones – often revolve around “audience surrogates” that are thinly drawn enough for viewers to impart their own experiences onto them. Funny Boy isn’t that kind of movie. It’s built around a complicated, one-of-a-kind human being that viewers can only hope to understand and empathize with. That’s a remarkable rarity in and of itself.

Funny Boy opens in select Canadian cinemas on Friday, November 27, 2020. If seeing a film in cinemas, please take all necessary precautions. Wear a mask, practice social distancing, and stay home if feeling ill. Funny Boy will air Canada-wide on CBC at 8:00pm (8:30 NT) on Friday, December 4, and will be available to stream via the CBC Gem app the same day. It will be available in the U.S. and U.K. on Netflix starting December 10. 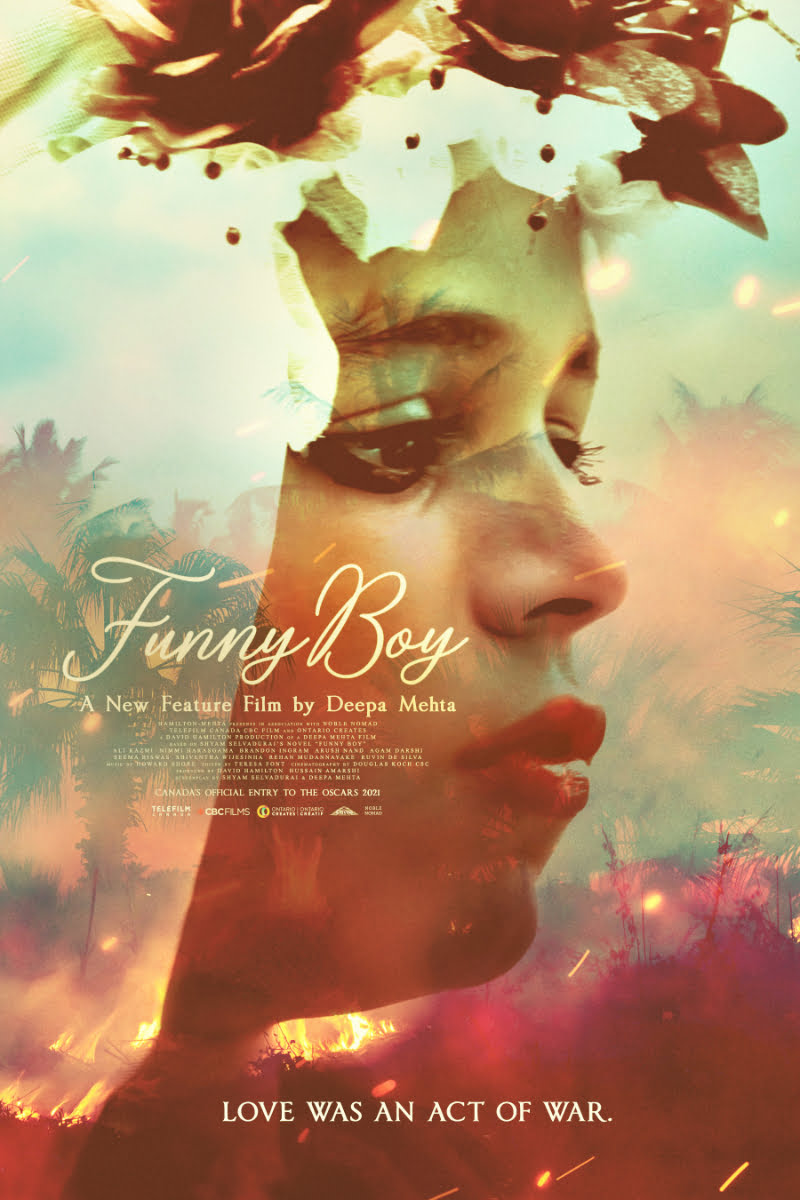