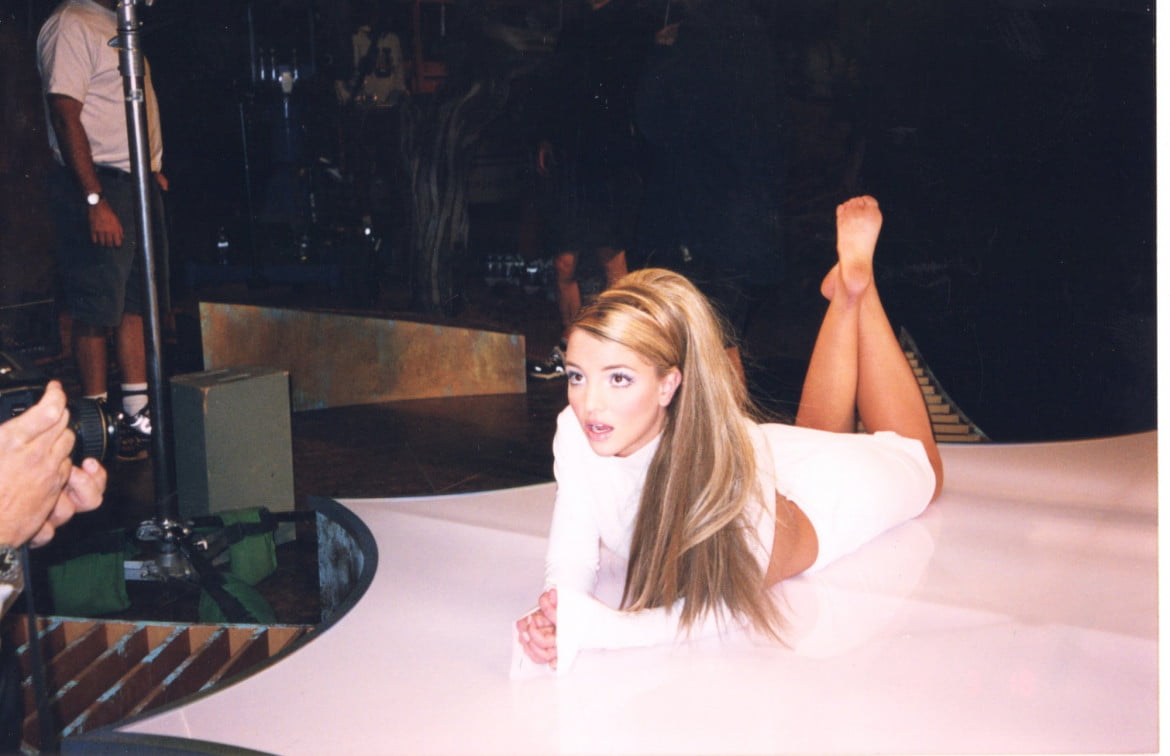 The most talked about documentary of the year thus far, Framing Britney Spears gives an impassioned overview of efforts to free one of the biggest pop stars in the world from a court order that has restricted her career and personal life since 2008. Framing Britney Spears (which is available to Canadian viewers this weekend, after making waves in the U.S. a couple of weeks ago) can’t fully expose or parse all of the reasons why Spears was placed into a controversial conservatorship following a mental health crisis, but it can deftly outline all the ways the musical superstar was driven to the brink of madness by a variety of toxic situations that she had little to no control over. To some extent, Framing Britney Spears feels unfinished, but it also offers a lot of food for thought when it comes to depicting the impact of dubious tabloid journalism and ingrained misogyny within the entertainment industry. It’s not a story about someone’s fall from grace, or even that much about a criminal conspiracy to defraud Spears out of her lucrative estate. Framing Britney Spears is best viewed as a painful, empathetic examination of someone who has been repeatedly kicked while they were down.

Britney Spears became an overnight sensation in the late 90s, riding a resurgence in the public’s taste for sugary, catchy pop music to superstardom. Her albums were going multiplatinum. She was involved in a high profile relationship with fellow singer Justin Timberlake that positioned them as the first couple of music. The contradictory marketing around her image painted Spears simultaneously like a sexy schoolgirl and a down-to-earth “girl next door” type. As with anyone performing at such a high level, Spears was beloved and criticized in almost equal measure, but at a certain point – around the time she split from Timberlake – perception around her changed in the eyes of the public. She quickly got married and had kids. Her increasingly erratic behaviour and sudden taste for partying raised a lot of eyebrows. Almost as quickly as she was wed to Kevin Federline, she was divorced, clearly despondent, and shaving her head as an act of public defiance and self-expression. Spears was made out to be an unfit mother, and as the type of celebrity who would happily lash out at the paparazzi that followed her every movement.

It was only when everything seemed like it couldn’t get any worse – resulting in Spears being hospitalized – that her father, Jamie, reentered his daughter’s professional career and was granted conservatorship over Britney’s career and estate. A legal ruling found that Spears was a danger to herself and incapable of overseeing her own finances, placing Jamie and attorney Andrew Wallet in charge of the singer’s life and career path. Spears would mount a successful comeback professionally, and while today it seems like she has pulled herself far back from her lowest point, the conservatorship remains a cloud over her head. In recent years, journalists and Spears’ fans have been openly questioning if the conservatorship is necessary. Primarily used as a last resort for elderly people suffering from dementia or grave illness, conservatorships are next to impossible to reverse once they’ve been put into place by a court of law. The legal battle for Spears to regain personal autonomy from her father is an ongoing one.

Framing Britney Spears is part of a larger series of documentaries produced by The New York Times, with director Samantha Stark following along with the paper of record’s in-house style: interviews with friends, lawyers, and journalists, archival footage, and editorial insight. Britney Spears’ biggest fans and anyone with a vested interest in pop music or culture likely knows a lot of these details already, so genuine bombshells and revelations are in short supply. But that doesn’t reduce the overall value of Framing Britney Spears as a teaching tool. While not much can be said about the nuts and bolts details of Spears’ conservatorship, Stark can illustrate the various ways that the media can push a seemingly normal young woman down a mentally unstable path.

In the first half of Framing Britney Spears, Stark outlines the various ways the singer was mistreated at the height of her fame and troubles. Upon splitting from Justin Timberlake, the former NSYNC member and his supporters in the press painted Britney with a slut brush, making accusations that the supposedly virginal Spears was unfaithful. Timberlake controlled the narrative in the media, while Spears’ carefully cultivated and “wholesome” image became tarnished for the first time. Spears also came up at a time when celebrity reporters, videographers, and photographers were becoming more brazen and unethical. The more frustrated Spears got with all the negative attention surrounding her life choices, the easier it was for them to bait her into fighting back with any means necessary. Spears never committed a crime, with the possible exceptions of driving with a baby in her lap and attacking the car of videographer Daniel Ramos (who appears for an interview here that expertly and uncomfortably outlines the paparazzi mentality) when he wouldn’t leave her alone at a gas station. Yet, the constant tabloid attention made it seem like Spears was randomly stabbing people on the sidewalk in broad daylight. 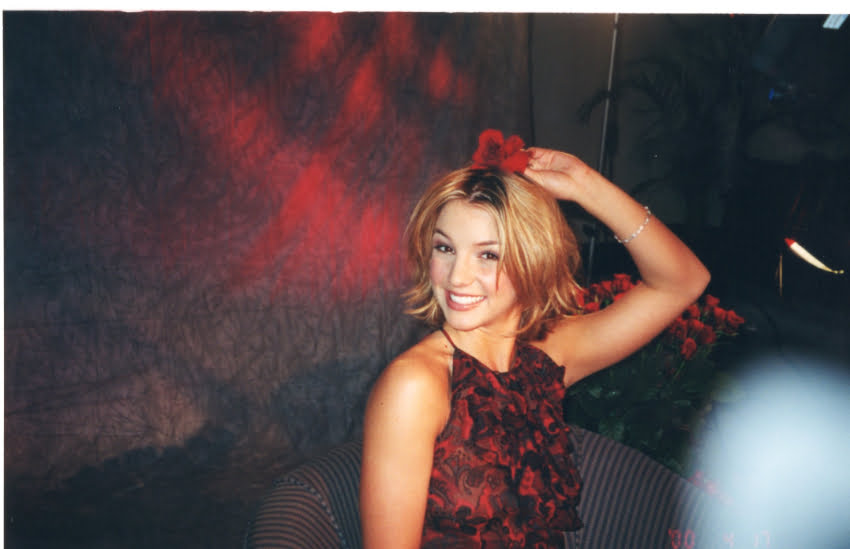 Framing Britney Spears does an exceptional job of showing the inherent difference between men and women that are placed in the public eye. Male superstars like Sean Penn and Alec Baldwin can punch as many photographers and media hounds as they want because they were defending themselves from unwanted attention. A bald headed Spears swings an umbrella in a gas station parking lot, and suddenly, she’s a public menace. Not once did anyone in the media question if her actions were cries for help or the result of being thrust into a toxic environment. There’s this natural assumption that celebrities are perfect people whose lives are completely together, neglecting to realize that fame comes with a lot of stress and unwanted scrutiny. There had to be a reason for her sudden change, and many assumed that it had to be the fault of Spears herself. Few in the media bothered to question if she had been pushed too far, and many more simply shrugged and said that if she didn’t want the attention, then she shouldn’t have become famous. It was never, “What happened, Britney?” It was always, “What did you do now, Britney?”

Reliving Spears’ fall from public grace is positively heart-wrenching when viewed through a contemporary lens. As an examination of the pressures of fame, Framing Britney Spears puts in a lot of necessary leg work and empathy for its subject. Everything that’s great about Spear’s documentary arises from forcing the viewer to reconsider what they assume to be true about living a life in public, and shuddering in terror when they consider that all of this unfolded in an era before social media was the tabloid currency of the day. While that works wonderfully and makes for compelling and necessary viewing, the film’s reason for existing in the first place – to examine the conservatorship that has been thrust into the public consciousness by the #FreeBritney movement – remains frustratingly out of reach.

The shortcomings of Framing Britney Spears to shed any new light on its subject’s legal, professional, and economic woes isn’t the fault of the production, but rather because it’s clouded in legal caveats that have yet to come out publicly. What’s known and easy to confirm about the case is that Jamie Spears remains in control of his daughter’s finances and career decisions, while Britney wants him removed from the conservatorship and for an impartial third party to take control if the courts deem that she has to go through with it.

The only true bombshell in Framing Britney Spears arrives when it comes to light that the singer was ruled mentally incapable of choosing her own legal counsel for the initial court hearings, something that hinges upon the findings in a mysterious psychological evaluation that remains sealed to this day, and one that Britney’s own legal team wasn’t allowed to see. That “smoking gun” and a complete unwillingness by anyone within Spears’ notoriously tight lipped camp to go on the record leave a hole at the centre of Framing Britney Spears, which feels a lot more like a podcast in its later stages than a documentary. That’s perhaps appropriate seeing that podcasts and potential conspiracy theories have played a huge role in examining the conservatorship. It’s a good primer on the subject, a better look at double standards within the entertainment industry, and a so-so look at the ongoing legal battle that sparked the film’s existence. As one lawyer points out in the film, “We don’t know what we don’t know,” and that sentiment hangs in the air long after Framing Britney Spears has ended. One thing remains unquestionable, however: Britney Spears deserved a lot better than she got from the public and many of those closest to her.