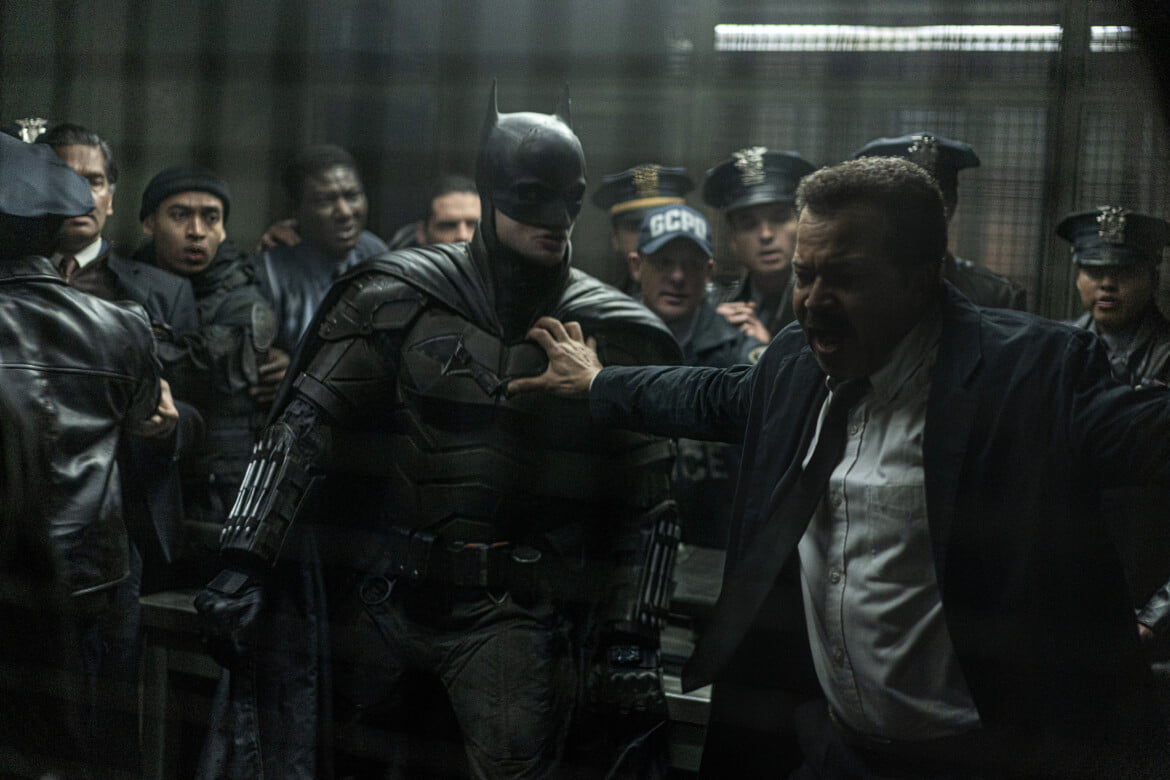 There has never been a Batman film like director Matt Reeves’ The Batman.

In 55 years of Batman films, we’ve seen every type of the Caped Crusader, except for the old-school Detective Comics era of hero. Reeves has finally solved that with a film that’s a grim Neo-noir thriller, with Bruce Wayne solving riddles, more than he fights villains.

Compared to just about any other Batman film, The Batman is a departure in a lot of ways. Robert Pattinson stars as Bruce Wayne, and he’s not the freewheeling, ladies’ man we’ve seen every time before. This Bruce is basically a goth; forlorn and lost in a grown-ups world.

Pattinson looks young for the role, in a way that makes him seem all the more beaten down. It’s only his butler, Alfred Pennyworth, played by Andy Serkis, that seems to keep Bruce from disappearing into Batman, and there’s a different zeal in the way this Batman tackles the case that turns up just for him.

Batman is called to an active investigation by James Gordon, played by the fantastic Jeffrey Wright, where the mayor of Gotham has been murdered. A note to Batman, in an absurd greeting card, sets him up to start solving a case that involves corruption, murder, drugs, a bunch of thugs, and one person pulling all the strings.

Along the way, Bruce meets Selina Kyle, the absolutely perfect Zoë Kravitz, as a new era Catwoman, and John Turturro as Carmine Falcone. Both actors steal every scene they’re in, and there’s also a hard-to-spot Colin Farrell as the Penguin, under a few pounds of makeup, and he’s frankly a blast in this often quiet role.

What Reeves accomplishes in The Batman is a tone that is pitch-perfect for the story, with a Gothic, retro, and dank mood that permeates deep into the core of the characters.

The Wayne Manor is literally covered in hanging buttresses, and design elements that feel perfectly suited to this dour, grim, and cheerless Bruce Wayne. There’s a truly hopeless feeling around every corner.

Pattinson pulls off a fantastic Batman, who’s at once young and sometimes even foolish, but can take down just about anyone, or deal with anything that’s thrown at him. He’s not perfect, and he stumbles, falls flat at least twice, and has to be saved a couple of times, and that’s what makes him interesting.

And in the background of every crime and lead is Paul Dano’s broken, diabolical Riddler. Dano is so maniacal in this role, as he often is, it’s hard to like him, but he’s fantastic.

Reeves makes great use of Michael Giacchino’s impeccable score, Greig Fraser’s striking cinematography, and Nirvana’s “Something In The Way” that pops up to underscore some key moments.

I was impressed with so much of the film, but one problem is that it’s slow, circles the exact same scenes we’ve seen from every Batman film of the last 30 years, and it’s way too long.

At 3 hours, The Batman definitely feels long, with a pace that matches the mood well, but it drags now and then. Fans of the DC’s darker tone will likely shrug off the length and the tone, but casual audiences may have trouble with the pacing.

There are also two moments in the film that completely pulled me out of the story, because one was so ridiculous, and the other was an attempt at a twist that didn’t work at all for me.

As far as my biggest complaint, it’s the same issue most of the big superhero franchises have dealt with for years. There are core elements of Batman’s story that really need to be addressed at some point, from the Wayne Manor and the Bat Cave, to Batman’s car, and how he deals with the police.

The Batman comes back to a lot of scenes that I especially remember from The Dark Knight, and Reeves handles them all differently, but I wish this film could have skipped at least some of them.

It’s a triumphant film for DC, too, but I’ll admit that I still think that The Dark Knight is the best Batman film ever made. The Batman is a very close second.

Long-time fans of the Batman franchise are going to be blown away by this new Caped Crusader, and it sets up a whole new era of storytelling that I can’t wait to watch. Hopefully, The Batman 2 sequel ends up being closer to 150 minutes though, or finds a brisker pace.