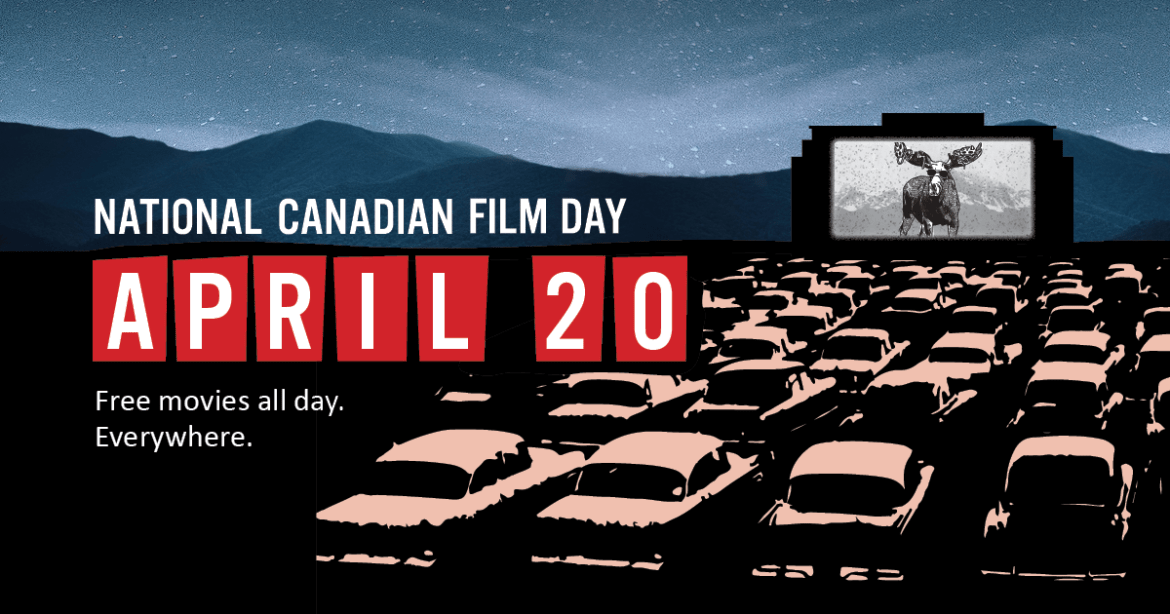 National Canadian Film Day is April 20, and there are so many incredible films and filmmakers to celebrate, with lots of ways to take part this year, either watching a film, or hearing from some of the country’s best directors.

Reel Canada has teamed up with imagineNATIVE and the NFB for the ninth edition of their programming with more than 1000 events across the country, including in-person screenings.

The full lineup of events can be found at canfilmday.ca, and this year’s events focus on Celebrating Indigenous Voices.

A few highlights include a conversation with filmmakers Alanis Obomsawin (Abenaki) and Jeff Barnaby (Mi’qmaw) presented in-person at the opening of the new Alanis Obomsawin Theatre at the National Film Board of Canada in Montreal.

Cinefranco in Toronto and VIFF in Vancouver will present a tribute to late filmmaker Jean-Marc Vallée in partnership with MediaFilm, with screenings of C.R.A.Z.Y. in 20 cities and around the world. High school students across the country will also participate in livestreamed events with Danis Goulet’s Night Raiders and star Brooklyn Letexier-Hart (Cree/Métis).

And there’s a lot more. Visit the website for all the details, to stream some of the events, and to find your local screenings.

Telefilm Canada is putting Canadians with a love of cinema in the spotlight with their #MovieMemory initiative. They’re asking Canadians to share one of their favourite cinematic experiences for a chance to be featured in an upcoming promotion.

From April 20 until May 25, 2022, Canadians can submit their idea, whether it’s short written, audio, or video, and one idea will be selected to be made into a campaign to air this fall. For all the details, visit moviememory.ca.

A few of the featured films include The Stone Angel, The Lesser Blessed, The Way to the Heart, Jasmine Road, and From The Vine, to Don’t Say Its Name, and Cabin Connection. Browse the full lineup on their website.

Hollywood Suite will also feature a lineup of Indigenous and Canadian films, including Falls Around Her, Rhymes For Young Ghouls, Victoria Day, and Wet Bum.

And of course you can stream lots of films online.

Netflix has a list of Canadian movies and TV shows for options that range from Enemy, The F Word, Incendies, The Grizzlies, Freaks, and kids movies like Snowtime.