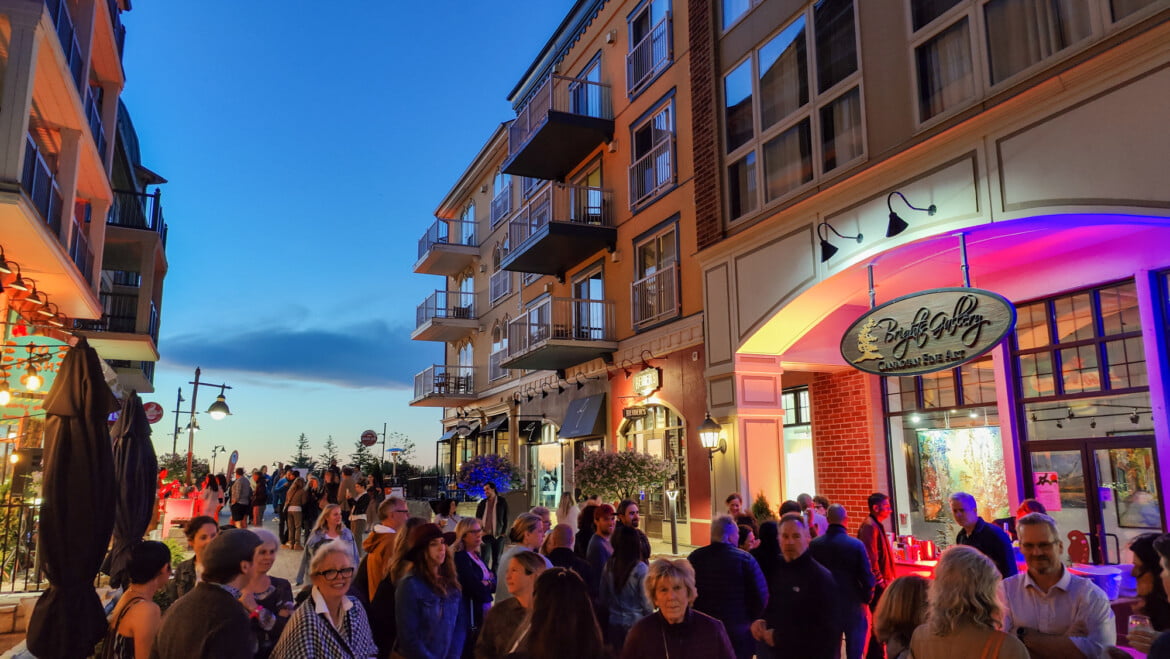 The first ever Blue Mountain Film Festival is in the books after five days of industry sessions, music, events, films, and fantastic hospitality. As a movie lover, BMFF was a refreshing opportunity to connect with industry attendees, watch wonderful films, and explore the picturesque Blue Mountain Village.

From June 1 to 5 the town of Blue Mountain, the Village, and Blue Mountain Resort welcomed filmmakers, industry, media, and films buffs to connect and screen some of the 25 international films from around the world. It was a fantastic lineup of unique films with diverse international perspectives.

I’ve been covering film festivals for over 22 years now, and BMFF really hit the ground running on their first year. The festival team had a great plan, everything ran so smoothly, and the lineup of events was really excellent.

Every person I spoke to at the fest was excited about the future of BMFF, and we couldn’t help but wonder what they will plan for 2023, five years from now, and in a decade.

At the heart of the festival experience was Helen du Toit, executive and artistic director of the Blue Mountain Film Festival, and she warmly welcomed festival-goers at every event with a spark that was irresistible. She obviously loves her job.

The lineup had a lot of films that I wanted to see, I just had to balance seeing films with events and industry sessions, so in the end I saw four films, and they were all fantastic. My favourite was the brilliant, riveting, and somewhat disturbing documentary Navalny, about Russian opposition leader Alexei Navalny, but I also loved the British drama and comedy The Phantom of the Open, Maltese drama, Carmen, and the bloody great opening film, Slash/Back.

Beyond the films, the conference sessions were intimate and fascinating, with stories that offered a lot of insight into films and production.

Sound designer Jane Tattersall and executive producer Sheila Hockin sat down for 90 minutes to talk about Hockin’s work as a producer, and how Tattersall crafts soundscapes for film and TV. Tattersall had amazing examples of her work, building sound for Halo, Vikings, The Handmaid’s Tale, and All My Puny Sorrows, to name a few.

As a fan of all their work, it was fascinating to hear a bit of what it takes to create the mood for a series like Halo, when all of the sound has to be created from scratch to feel futuristic and otherworldly.

Director and multi-talented artist Nyla Innuksuk sat down later that day as well to talk about Slash/Back with Telefilm representative Adriana Chartrand and film star Tasiana Shirley. They talked at length about making the film in Pangnirtung, Nunavut, the amazing young stars, how Shirley learned a brand new role a week from filming, and how the story handles young people embracing their Indigeneity.

Between the sessions, and films, the festival also hosted some great parties and events. The opening night party was a treat on one of Blue Mountain Village’s side streets, with drinks, hors d’oeuvres, and people meeting and talking about film. I also loved the opportunity on the third day to step out with filmmaker Patricia Rozema, who directed Into The Forest, and hike up Blue Mountain as she talked about making the film and what it took to create the vision she had for the story.

Then there was the Filmmakers On Top party, where Innuksuk was awarded the Blue Mountain Emerging Filmmaker Award, and I had the chance to meet some of the team from sponsor Urban Post Production, and connect with more of the industry. The food was excellent, and the view over the village from the Summitview Pavilion was wonderful at sunset.

Plus I caught Ron Sexsmith performing in the village, and earlier in the festival the Symphony In The Village with the Toronto String Quartet as they played classical and opera classics from film.

The whole event felt like a real treat from start to finish, and it was a fun opportunity to explore the village, meet new people in the industry, and learn from industry pros. I can imagine BMFF evolving over time to take over Blue Mountain for a few days every spring. I also love the idea of a festival in such a unique place, a short drive from Toronto, and growing to support and expand the film industry in the area.

Thanks very much to the Blue Mountain Film Festival team, the teams at Blue Mountain Resort and the Village, and the whole team that welcomed us so heartily, including Helen du Toit, Diana Sanchez, co-director of film programming, and Andrew Siegwart from the BMVA.

I’ll have reviews from the films I watched coming up, and below you can watch highlights from BMFF. For more on the festival visit bluemtnfilmfest.ca.