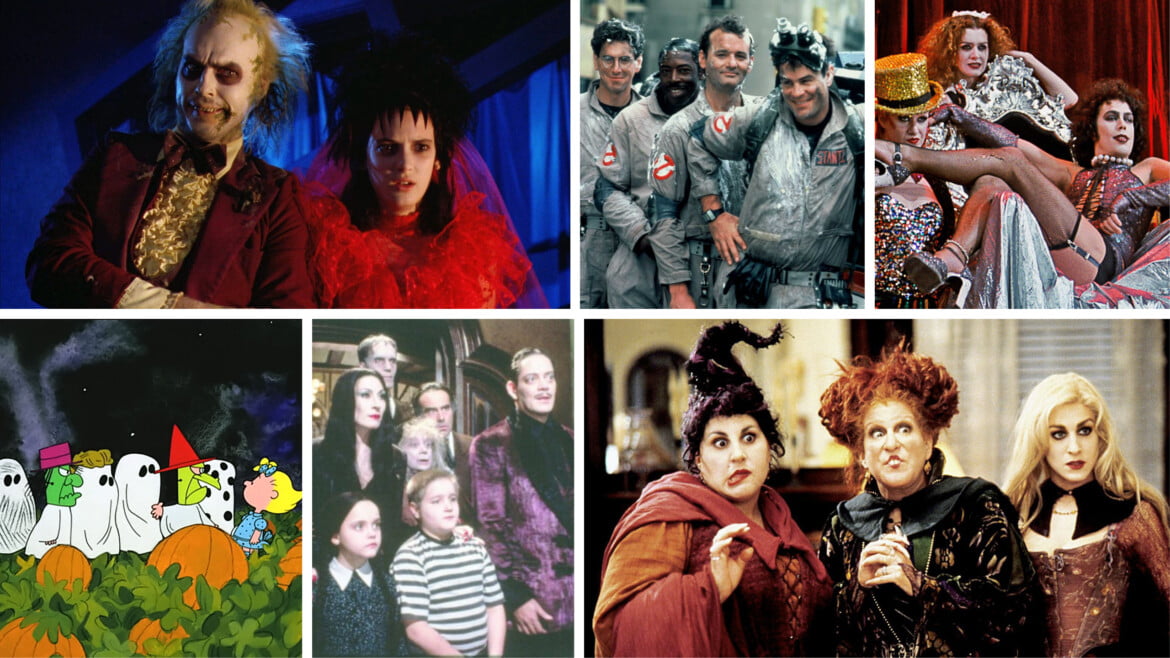 What should you watch this Halloween? What about 31 of the greatest Halloween, horror, and classic films ever made?

We asked our readers to take a quiz and tell us which Halloween movies they’ve seen, and from the list of 77 films, they picked the top 31.

This Halloween we challenge our readers to watch every movie from the list, and let us know their favourite on Twitter with the hashtag #TheGATEHalloween.

#4 – The Nightmare Before Christmas

Dan Aykroyd and Harold Ramis wrote one of the funniest movies of the 1980s, and it’s a perfect example of how a perfect team can make magic.

Director Ivan Reitman brought the right mix of comedy, goofiness, charm, and even a little horror to the film, while Bill Murray became a star as Peter Venkman.

And alongside Aykroyd, Ramis, Sigourney Weaver, Ernie Hudson, and Rick Moranis, the ensemble cast made Ghostbusters one of the most recognizable movies of the era.

If you want a deep-dive into what it took to make the film, watch The Movies That Made Us episode on Netflix.

Director Barry Sonnenfeld’s The Addams Family was a bolt of lighting when it came out in 1991, and it was an unlikely hit that got everything right based on the original The New Yorker cartoons and TV series.

The entire cast is amazing, but the stars of the film are absolutely Anjelica Huston as Morticia Addams, Raul Julia as Gomez Addams, and of course Christopher Lloyd as Uncle Fester Addams. It’s also one of Christina Ricci’s best films as the macabre Wednesday.

How many times have you watched this hilarious family?

Beetlejuice is one of the greatest horror-comedies ever made, and it’s a classic Halloween movie. From the music, costumes, and script, to the epic performances, and laughs, the film is practically perfect.

Beetlejuice is currently streaming on Crave in Canada.

Look for more great lists? Find out which series are the top 25 Canadian TV shows of all time.