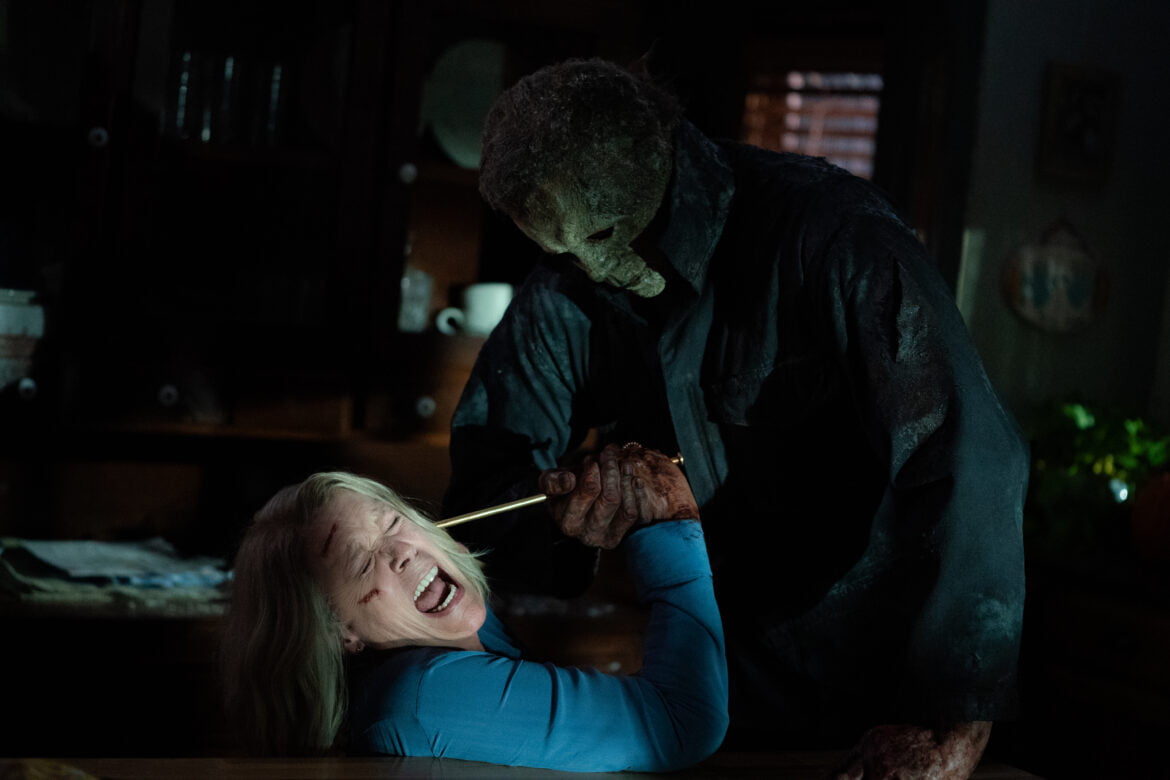 Bolder than anyone expects yet another “final” entry in a horror franchise to be, David Gordon Green’s Halloween Ends is bound to divide opinion, and in this case, that’s probably a great thing. A big step up from its lacking, sometimes grating predecessor Halloween Kills and also surpassing Green’s first pass with the franchise in 2018, this is a film that constantly plays with audience expectation in exciting, creative ways. People going into this expecting to see the hulking, silent, and remorseless Michael Myers dispatching fools with violent aplomb will likely hate this thing if that’s all they want from a movie. Similarly, people who fell in love with Green’s two previous franchise entries might find Halloween Ends somewhat vexing and out of step with what had been established. But anyone that’s willing to follow Green down a different, dark path is in for an eerie, unsettling treat.

Halloween Ends picks up four years after the events of the previous film. Laurie Strode (Jamie Lee Curtis) is out of the hospital and has settled down considerably. She’s keen to start living like a regular human being for the first time in her life, working through her trauma by putting her life to paper. Her granddaughter Allyson (Andi Matichak) lives with Laurie in a new suburban home. Following the events of the two previous films, the people of Haddonfield, Illinois are struggling to move on and cope with their collective grief and rage. Michael Myers has been missing and unseen for several years, but he casts a long shadow. Without Michael to fear, the community moves on to finding others to hold in contempt – including Laurie – with potentially devastating consequences.

At some points during Halloween Kills, Green and his collaborators (including co-writer Danny McBride) wallowed aimlessly in the dark side of human nature, offering up a pedestrian commentary on mob mentality that kept hitting the same beats over and over again like it was film from The Purge franchise instead of a Michael Myers movie. It also suffered because Laurie Strode was confined to a hospital bed for almost the entire movie, offering Curtis little chance to shine and leaving the film devoid of any real sense of personality. Halloween Ends isn’t an apology for its predecessor, but rather the best continuation of those themes possible. Instead of being vague and repetitive, Halloween Ends is resolutely specific, down to earth, and uniquely humane. I guarantee most people heading into Halloween Ends won’t be expecting this, and many will probably balk, but Green and company take a massive swing with this and end up turning in one of the best crafted horror franchise films of the century.

Halloween Ends continues Green’s deep dive into the rage that drives modern society, only this time the approach isn’t as loud and on-the-nose. Green has a lot to say about how jerks attract like minded cretins who thrive on the rush that negativity gives them. There’s a great cautionary tale in here about how we fuel our personal demons via more than just our fears. If anything, Halloween Ends is less concerned with the boogeyman and more about how people react when the fear has lifted, and all that’s left in its wake is a void that slowly fills with rage, blame, and heartache. Never give an asshole a reason, and never take the bait when someone is obviously trying to get one’s blood up.

It’s hard to discuss any specifics without outright spoiling things, and Halloween Ends takes such fascinating turns that it’s best experienced as cold as possible. (And in a refreshing twist, the trailer for Halloween Ends doesn’t give away much of anything, as opposed to the one cranked out for Halloween Kills that pretty much disclosed everything ahead of time.) This is a more etherial, thoughtful, and chilling piece of work than anything else in the franchise, although it’s bound to garner some comparisons to the unjustly maligned sequel Season of the Witch as a result of its sharp turn into uncharted waters.

Not that there isn’t anything for slasher movie fans to enjoy. There’s plenty of brutality, some pleasingly dark humour, and the John Carpenter assisted score is welcome as ever. Curtis has a lot more to work with this time out, and she fully embraces the opportunity to give Laurie Strode a proper send off the character deserves. Matichak comes into her own with a renewed sense of emotional presence, and Canadian actor Rohan Campbell makes a huge impression as Corey, the town’s latest social pariah who’s having… let’s just say a really terrible week. Horror fans who ask for the bare minimum from Halloween Ends might have a hard time finding what they want in great abundance, but rest assured, it’s all there, particularly during the rousing climax.

But Halloween Ends is also a resolutely patient film and surprisingly talky, which is easy to excuse when Green and company have crafted a story as captivating and unexpected as this. For about eighty percent of Halloween Ends, it doesn’t feel like a franchise film. With some unexpectedly artful, sometimes dream-like visuals and a revived focus on fraught, fractured personal relationships, most of this plays like the kinds of indie films David Gordon Green was making early in his career. If one were to tone down the gore and suspense, this could easily be mistaken for a follow-up to the likes of Joe or All the Real Girls. Best of all, the story here is so fascinating that it never feels like a chore waiting for “the good stuff” to arrive.

Some will read that statement and not see it as a compliment, but I’m sure it will also intrigue others who previously had no interest in seeing Halloween Ends to begin with. It’s the kind of film that wants to stick with the viewer instead of evaporating into memory like so many other interchangeable slashers. Although it’s billed as the last film in the series, Green suggests that once the gateway to pure evil has been opened, it might never be latched shut again. Something will always be there to kick it down, and it’s up to humanity to fight against it, but more importantly, to also not make things even worse. 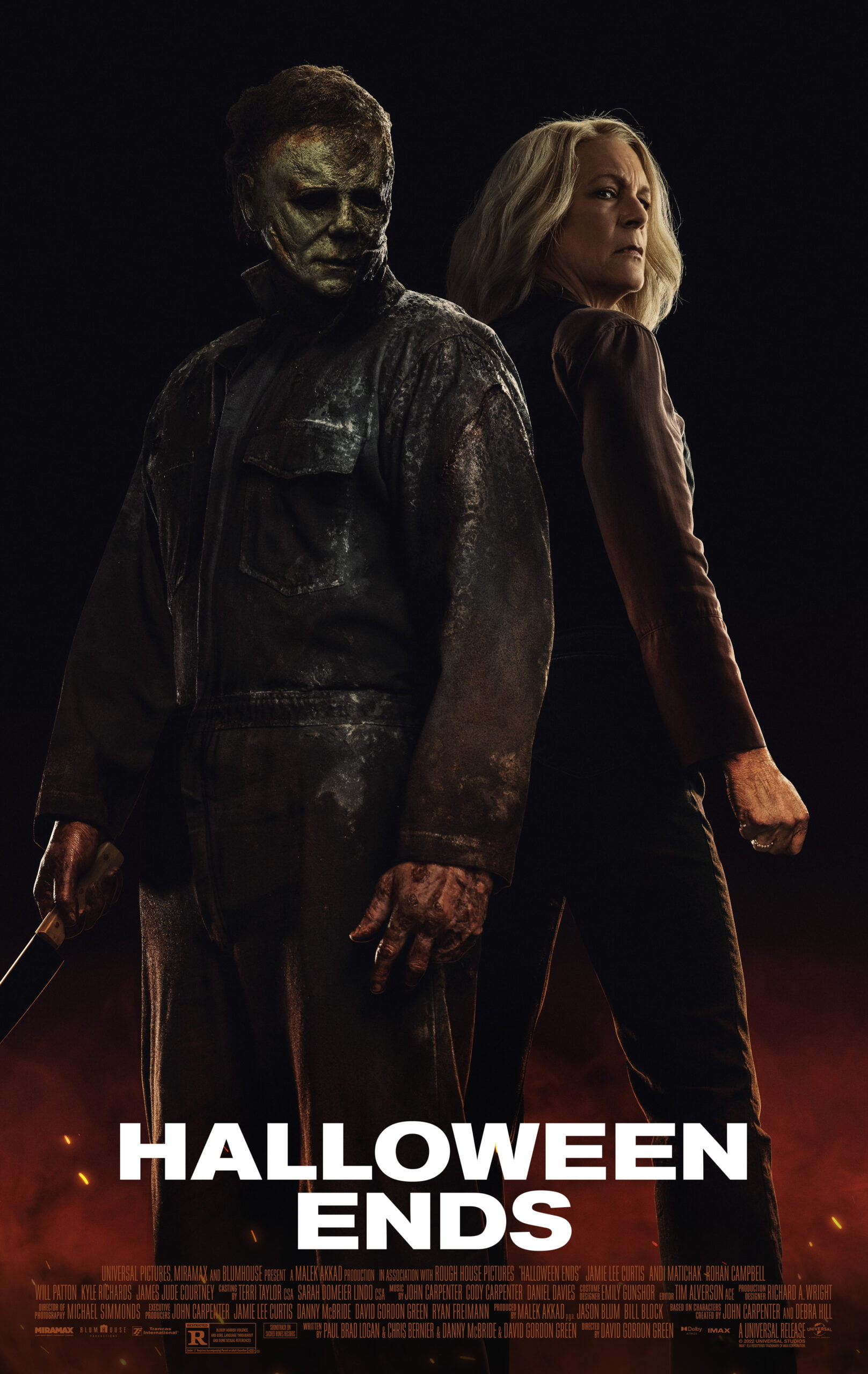