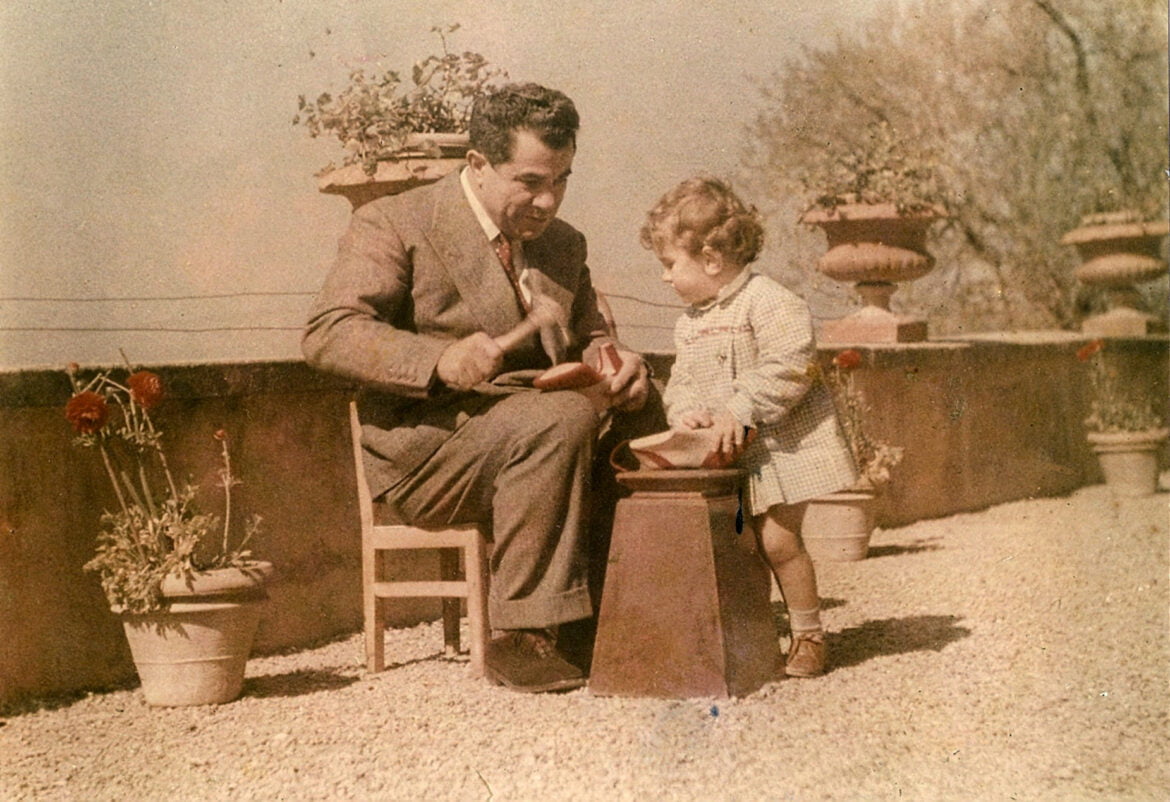 An intermittently engaging, but standard look at a fashion and Hollywood icon, the documentary Salvatore: Shoemaker of Dreams is an unexpected pivot for Italian filmmaker Luca Guadagnino. Although he’s best known for sumptuous visual epics like I Am Love, Call Me by Your Name, and his remake of Suspiria, Guadagnino tones down his style to allow the works of another artist to take centre stage. It’s strange to see a filmmaker like Guadagnino delivering a documentary based around talking heads, archival footage, and historical research, but Salvatore: Shoemaker of Dreams is built around a subject that the filmmaker clearly has a lot of love and admiration for.

It’s a look at Salvatore Ferragamo, one of the foremost names in haute couture footwear. While it’s obvious from his previous films, music videos, and advertising campaigns that Guadagnino has a love for high fashion, Salvatore: Shoemaker of Dreams is all about the man in the title and not specifically about the works or those that he influenced. And even for people who have little interest in the shoes that changed the course of Hollywood fashion for a time there’s plenty to admire in Ferragamo’s life story.

The 11th of 14 children (and not even the first one with the name Salvatore), Ferragamo grew up wanting to be a cobbler, a profession that his family looked down upon as one of the lowest forms of work. Undeterred, Ferragamo kept trying to make a go of things on his own once he learned his craft. Just as cinema was starting to pick up around 1915, Ferragamo would make his way to Hollywood, where he would start to make shoes for films. It was also around this time that the concept of a “movie star” started to become a phenomenon, meaning Salvatore also became the cobbler to the stars. 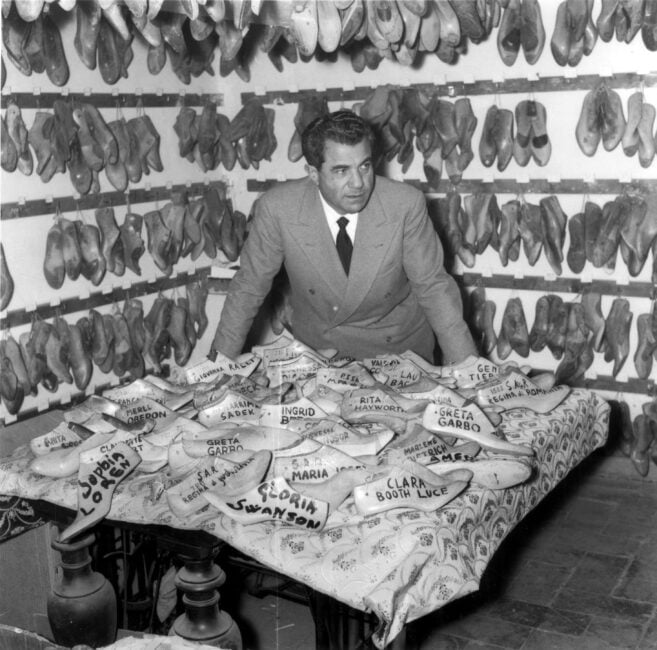 But Ferragamo’s empire as the world knows it today was still a long ways off. There were still plenty of ups and downs on the road to becoming a brand name and his successes were often fleeting, but Guadagnino makes sure to illustrate how Ferragamo refused to compromise his vision, dedication, craftsmanship, and creativity no matter how tough things got. Not only does Guadagnino get a chance to showcase a lot of fashion and talk about the impact of Ferragamo’s style, but Salvatore: Shoemaker of Dreams is also built around a subject worthy of even the most casual and uninitiated viewer’s admiration.

Salvatore: Shoemaker of Dreams closely hews to the established and well loved biographical documentary template. There’s some great archival footage from the silent film era, audio recordings of Salvatore talking about his life and work, and plenty of talking heads and modern admirers of the subject’s contributions to cinema and fashion. There are filmmakers (including Martin Scorsese), fashion writers, film critics, other designers (including Manolo Blahnik), and family members all ready to chime in about Ferragamo. While they offer some interesting insights, anecdotes, and context, the best parts of Salvatore: Shoemaker of Dreams involve spoken passages taken straight from Ferragamo’s 1955 memoir. Read by actor Michael Stuhlbarg, these interludes shine a light on the Italian-American immigrant experience as lived by someone who bounced around between both countries, finding success and struggle in both places.

When others speak for the late shoe designer, Guadagnino’s film is fine, if a bit unexceptional. When Stuhlbarg is used as a conduit to bring the film’s subject back to life, Salvatore: Shoemaker of Dreams becomes something special. It’s hard to not want something greater from an artist like Guadagnino (whose latest fictional feature, Bones and All, opens next week), but it’s still a fine documentary effort that looks beyond someone’s legend to deliver a richer biography.

Salvatore: Shoemaker of Dreams opens in Toronto at Scotiabank Theatre and Vancity Theatre in Vancouver on Friday, November 18, 2022. It expands to Ottawa, Kingston, London, and Victoria on November 25, and to Montreal on December 2. It will expand to additional cities throughout the winter. 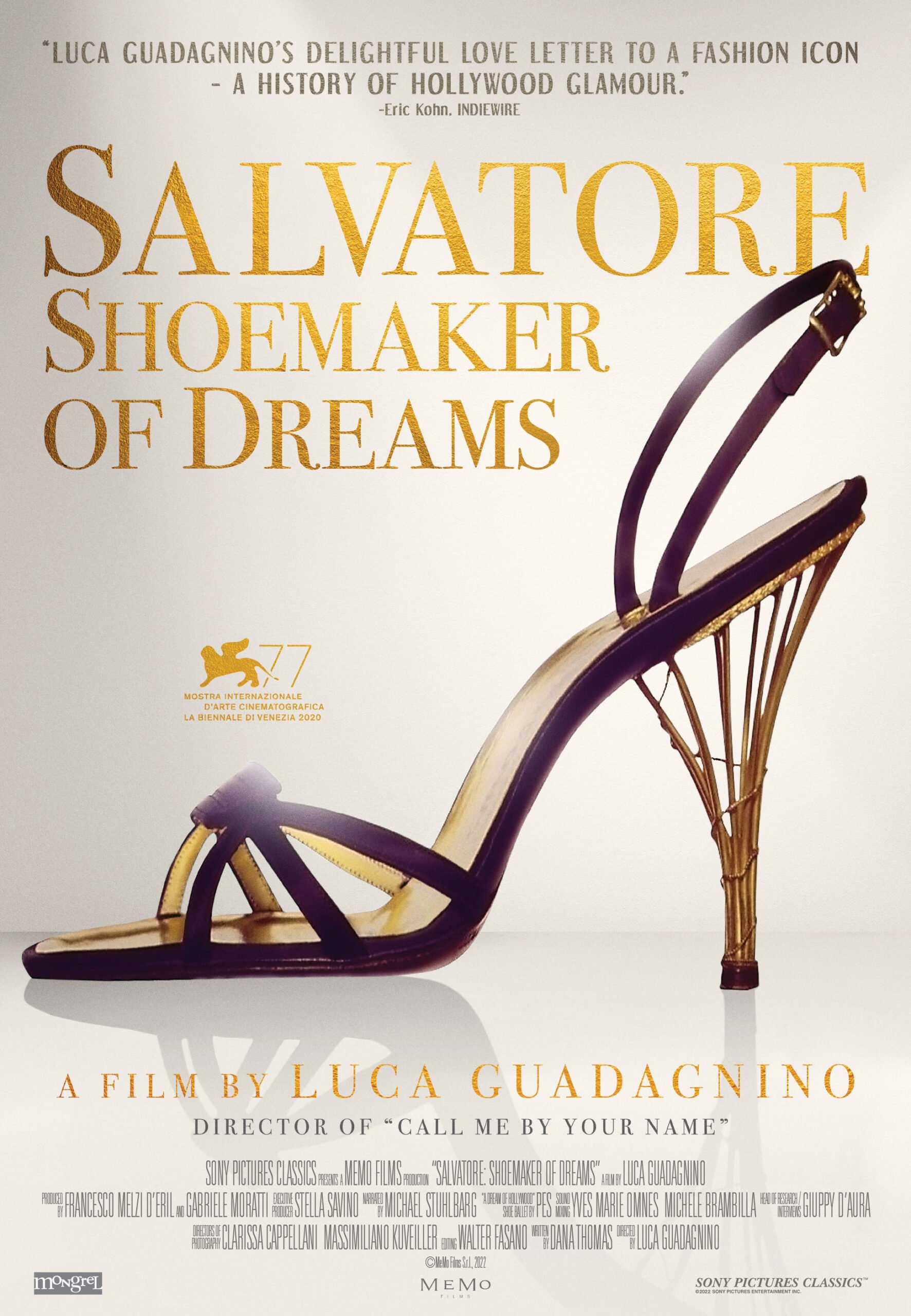