Despite some occasionally dazzling visual ingenuity on display and the efforts of a wonderful voice cast, Strange World is one of the most forgettable Disney animated efforts in recent memory. There’s a familiarity to Strange World that’s disappointing when compared to other recent animated films. Dishearteningly, there’s not much to say about Strange World positively or negatively. It’s good at what it does, but it’s also a bunch of ideas that have been done better and far too many times before. It’s a hard movie to actively dislike, but there are only little bits and pieces worth celebrating, almost none of which have any meaningful impact on the story.

The citizens of the far off world of Avalonia have a crisis brewing. A miraculous and powerful plant that pulled their civilization from out of the stone age and into modern prosperity appears to be dying at a rapid rate. Their only hope is to ask science nerd turned farmer Searcher Clade (voiced by Jake Gyllenhaal) to travel back to the mountains where he discovered the plant as a youth and hopefully source/solve the problem. Never an adventurer at heart, Searcher reluctantly agrees to go on the mission, one that will unwittingly put him back into contact with his father, legendary explorer Jaeger Clade (Dennis Quaid), who was missing and long presumed dead. The reunion not only forces the analytical son and impulsive father to work together and find common ground, but it will also force Searcher to examine his own relationship to his teenage son, Ethan (Jaboukie Young-White), who would rather follow in grandpa’s footsteps than take up the family farming business.

Strange World takes its well worn story about dads and their kids and grafts it onto something that’s weaving together 20,000 Leagues Under the Sea and Journey to the Centre of the Earth, two stories that have also had more variations, adaptations, and homages than one could easily count. The bickering between parents and children that don’t listen to each other plays out in predictable, expected fashion, with everyone being allowed to have moments that prove all of their arguments to be right or wrong. Plunk that dynamic into a world full of unusual plants, creatures, and geographical pitfalls that pose constant dangers that’s equally familiar and the result is like adding flour to water and doing nothing else to it.

There are a few noble attempts to make the characters in Strange World more compelling and contemporary, but they amount to nothing more than the slightest of window dressing. Ethan is queer and crushing hard on a boy in his class, but other than acknowledging the young man’s sexuality, there’s nothing else to it. It isn’t a source of tension or depth. It just hangs there. It’s awesome to see that Searcher is married to a black woman – Meridian, voiced by Gabrielle Union – but again, it’s just a cool, slight touch. Even the family dog – who is assuredly adorable and loveable – only has three legs, a trait that’s remarked upon like it’s some sort of new thing, but never explored other than mentioning and showing it.

Directors and co-writers Don Hall and Qui Nguyen (who previously collaborated on Disney’s Raya and the Last Dragon) make the miscalculation of thinking that just having a basic sense of diversity is enough to distract from the fact that none of these characters are compelling. A dull, thinly drawn character is still dull and thinly drawn, even if they aren’t white or heterosexual. Meridian and Ethan are the most interesting characters in the film, but it’s more of a testament to the actors voicing them than it is the people writing the material they have to work with.

The larger story about the plight of a world dependent on a seemingly unrenewable source of power also collapses in on itself thanks to a third act twist that muddies the waters. At a certain point, the characters in Strange World are thrust into an all-or-nothing proposition simply for the sake of moving things along and ending as quickly as possible. A smarter movie would’ve explored other options and done something interesting with this story pivot, but instead Strange World simply smashes into an action packed climax predicated on a shocking, perhaps inevitable betrayal from a character that’s just as underdeveloped as the rest of them. By the end of Strange World, I wasn’t sure what this film was trying to say about environmental impacts or father-son relationships, and what I saw was so weakly constructed that there wasn’t even much to think about.

There are some nice visual touches throughout Strange World, especially in the creature designs which makes one think of undersea monsters and animals that somehow float through the air instead of on the waves. But just like everything else in the movie, Strange World’s visuals are largely basic, with the purple and pink colour palate of its magical setting growing monotonous over time, to a point where I thought it might’ve been cool to lean into the throwback vibes and make the whole movie in black and white instead.

Strange World does retain some bit of charm, however, thanks primarily to its cast. Gyllenhaal and Quaid offer up a strange sort of Day After Tomorrow reunion here, and both approach their roles with maximum gusto. Their investment in trying to make their characters entertaining to watch is much appreciated, with Union and White also doing their parts to keep things snappy and likeable.

But overall it’s still not enough. It might sound cranky to complain about something most would suggest is aimed at a younger audience, but there have been so many delightful, engaging, and ambitious “kids” movies over the past decade that it has become easy to spot something substandard. Strange World isn’t one of those movies that’s bad because it’s dumbed down to the most basic of plots and concepts. It’s mediocre because it can’t have the conviction to either say something smart or have some silly fun instead. It’s just content to exist and take up space. It’s a very faint compliment to say Strange World isn’t terrible, but damning when that’s also the best that can be said for it. 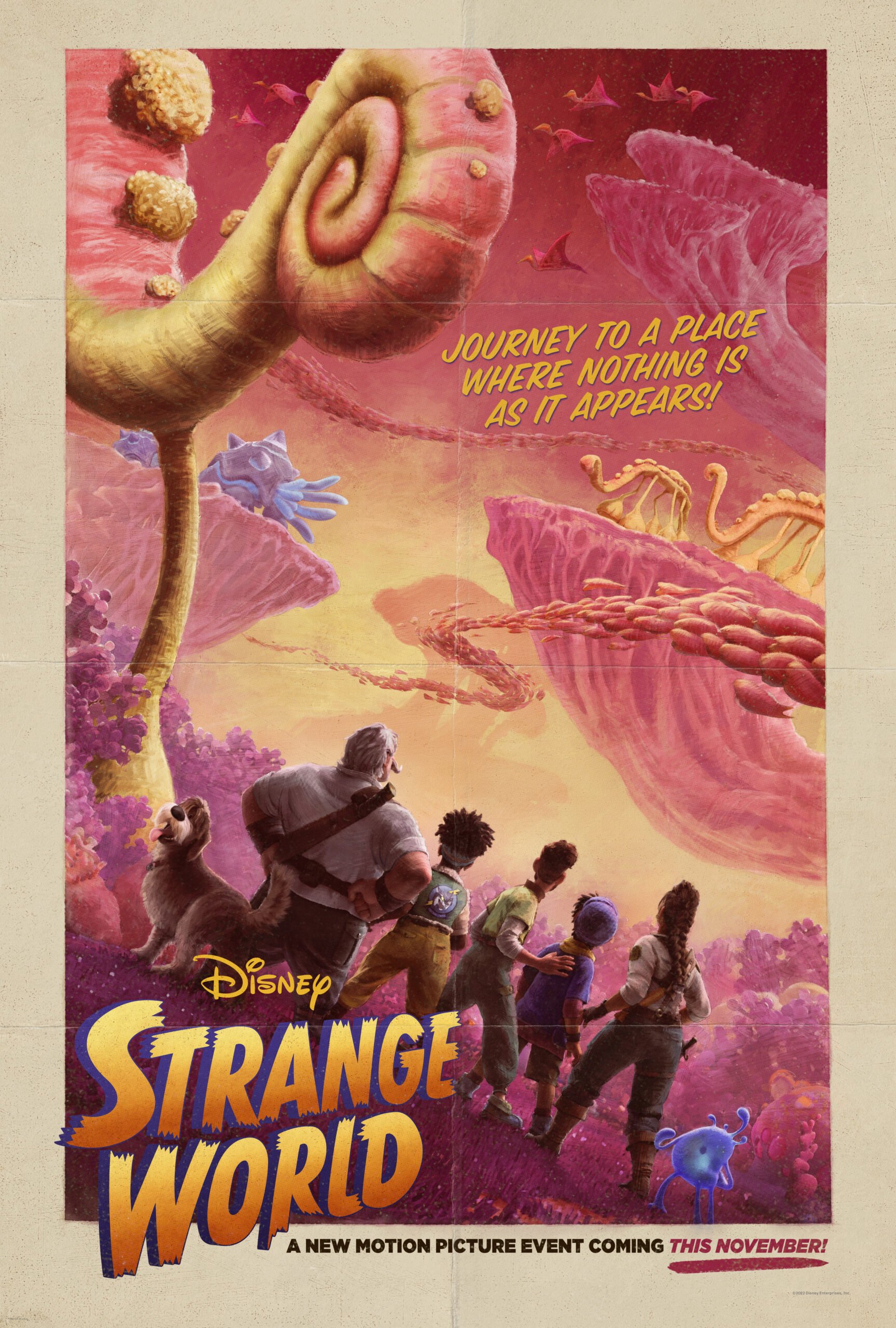