The Eternal Daughter Review | Not Quite The Shining 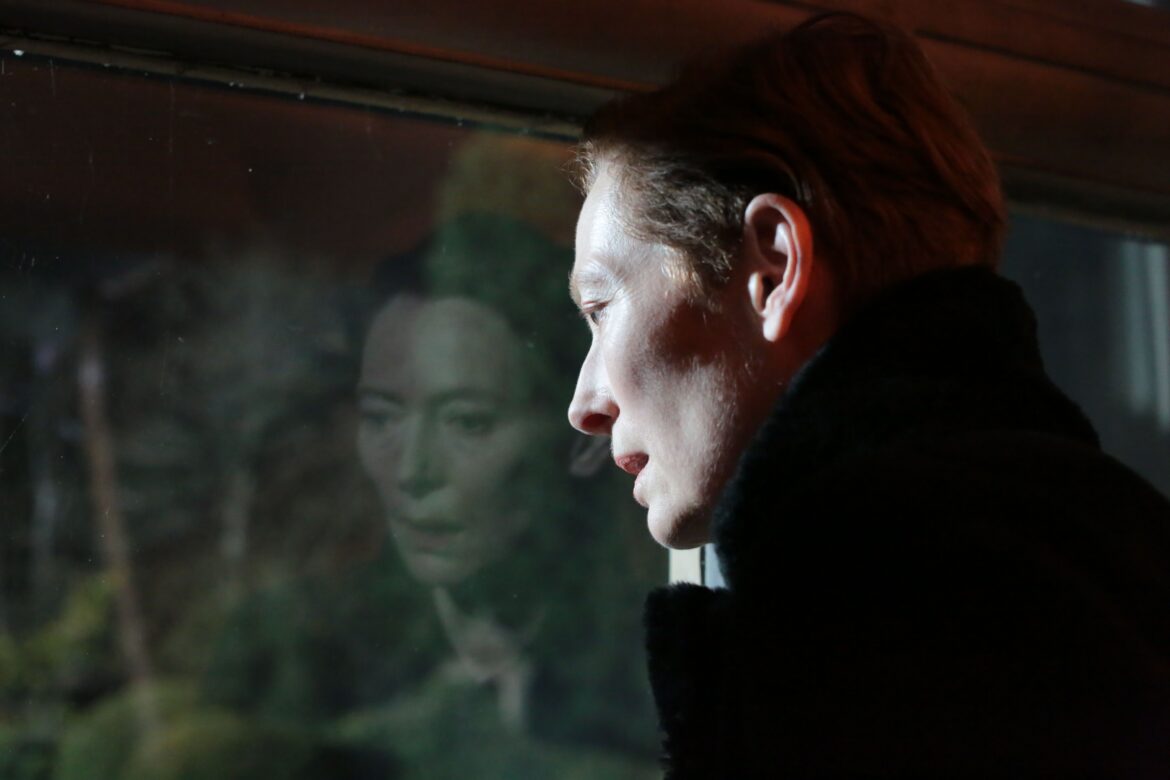 The Eternal Daughter once again finds British filmmaker Joanna Hogg wrestling with ghosts of the past, albeit this time a bit more literally and with only slightly diminished returns. Following the one-two punch of exceptionally observed and achingly emotional films The Souvenir and its subsequent sequel proves to be a hard act to follow. Shifting away from grounded realism and into something a lot more etherial and supernatural, Hogg’s flirtation with genre filmmaking doesn’t entirely connect, but the sadness and longing that marked the filmmaker’s biggest successes remains present in abundance throughout The Eternal Daughter.

Hogg once again collaborates with close friend and collaborator Tilda Swinton (who brings her own dog along as a charming, likeable co-star) for a story about a mother and daughter entering the twilight years of their relationship. Artist and filmmaker Julie (Swinton) wants to take her elderly mother, Rosalind (also played by Swinton) to a place that holds fond family memories, a Welsh estate known as Moel Famau. But upon their arrival, nothing about the hotel seems all that hospitable. The woman running the front desk (Carly-Sophia Davies) is arrogant and unhelpful, insisting that the room Julie booked is unavailable even though there are no other guests at the hotel. The gloomy weather and fog blanketed grounds are too eerie to be relaxing. There seems to be only one other visible employee at the hotel (Joseph Mydel), and he never seems to be working at convenient hours. The only cell and wi-fi service can be found in very specific, inconvenient places. Food choices are at a bare minimum. Strange noises persist all hours of the day from in and around the hotel. And perhaps worst of all, a longstanding family secret is on the verge of bubbling to the surface.

The Eternal Daughter is a ghost story where the poltergeists themselves are almost entirely immaterial to the core relationship between a mother and her daughter. While Hogg, cinematographer Ed Rutherford, and the production design team are working wonders when it comes to making the hotel as creepy, uninviting, and haunted as possible, the genre movie notes are unfulfilling and hollow when compared to the backbone of the story. The spooky moors, creaky floors, and unusual goings on are sometimes superfluous and distracting. If the purpose of The Eternal Daughter is to make the viewer buy into the metaphor of a dying relationship through ghostly symbolism, Hogg’s approach is a touch more obvious than it needs to be.

Everything about The Eternal Daughter is well executed, but it’s not as tightly constructed and focused as Hogg’s more successful films, and a step down when one considers that the writer-director is just coming off the finest work of her career. The Souvenir films were also ghost stories if one stops to think about them; a filmmaker looking deep into their own past experiences to reflect on love and loss. The Eternal Daughter might be covering a different sort of relationship, but it shares a lot of common DNA. But whereas The Souvenir and its follow-up succeeded because of how straightforward and unadorned they were, The Eternal Daughter stumbles by trying to add stylistic layers that don’t  generate the same heightened emotional reactions. 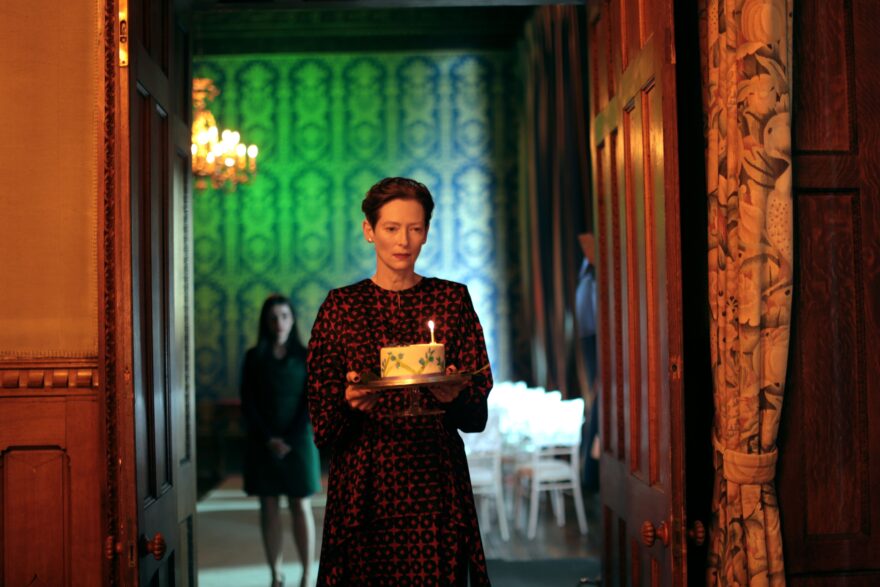 But if there’s one thing that Hogg understands better than almost any other filmmaker working today, it’s the power and cutting nature of love. The relationship between Julie and Rosalind is one many can likely identify with, full of support, fear, simmering resentment, confusion, and unspoken truths that loved ones often suppress for generations. Sometimes it’s hard to tell if Julie is making this journey with her mother out of obligation, and at times it seems like the obviously ailing Rosalind isn’t humouring her daughter.

Just like the relationships that drove The Souvenir films, the one at the core of The Eternal Daughter pulls the viewer into experiences and conflicted feelings that are immediately identifiable, even at their most restrained. Hogg is one of those filmmakers who can drag out a scene past their anticipated end points and turn them into moments burned into the minds of the viewer. No one knows their way around unspoken, awkward pauses and loaded stares quite like Hogg (which, in a strange way, also explains why the more gothic elements of this story don’t land as effectively as the drama).

In her dual leading role, Swinton proves to be someone perfectly on Hogg’s dramatic wavelength. In parts that are partially improvised, Swinton builds the mother-daughter relationship masterfully. As Julie, Swinton captures the scattered nature of a control freak in a situation they can’t plan for or contain. Swinton’s Julie is a bundle of fraying nerves, mounting frustrations, and a bubbling reservoir of sadness waiting to burst past stoic dams. As Rosalind, Swinton never portrays the elderly woman as a tragic figure, instead granting the fading character a lot of poise and dignity that keeps the entire film grounded as a result. Swinton has done multiple performances in the same film before, but none of those attempts are as balanced and resounding as the ones she gives to Hogg.

The ghostlier aspects of The Eternal Daughter won’t follow viewers home after leaving the theatre, but the beauty of the mother and child relationship will cause a lot of them to look deep inside their own families long after the credits roll. It’s an uneven, sometimes overthought, but nonetheless beautiful piece of work from Hogg who continues to produce one low key amazement after another.

The Eternal Daughter opens in Toronto at TIFF Bell Lightbox on Friday, December 9, 2022. 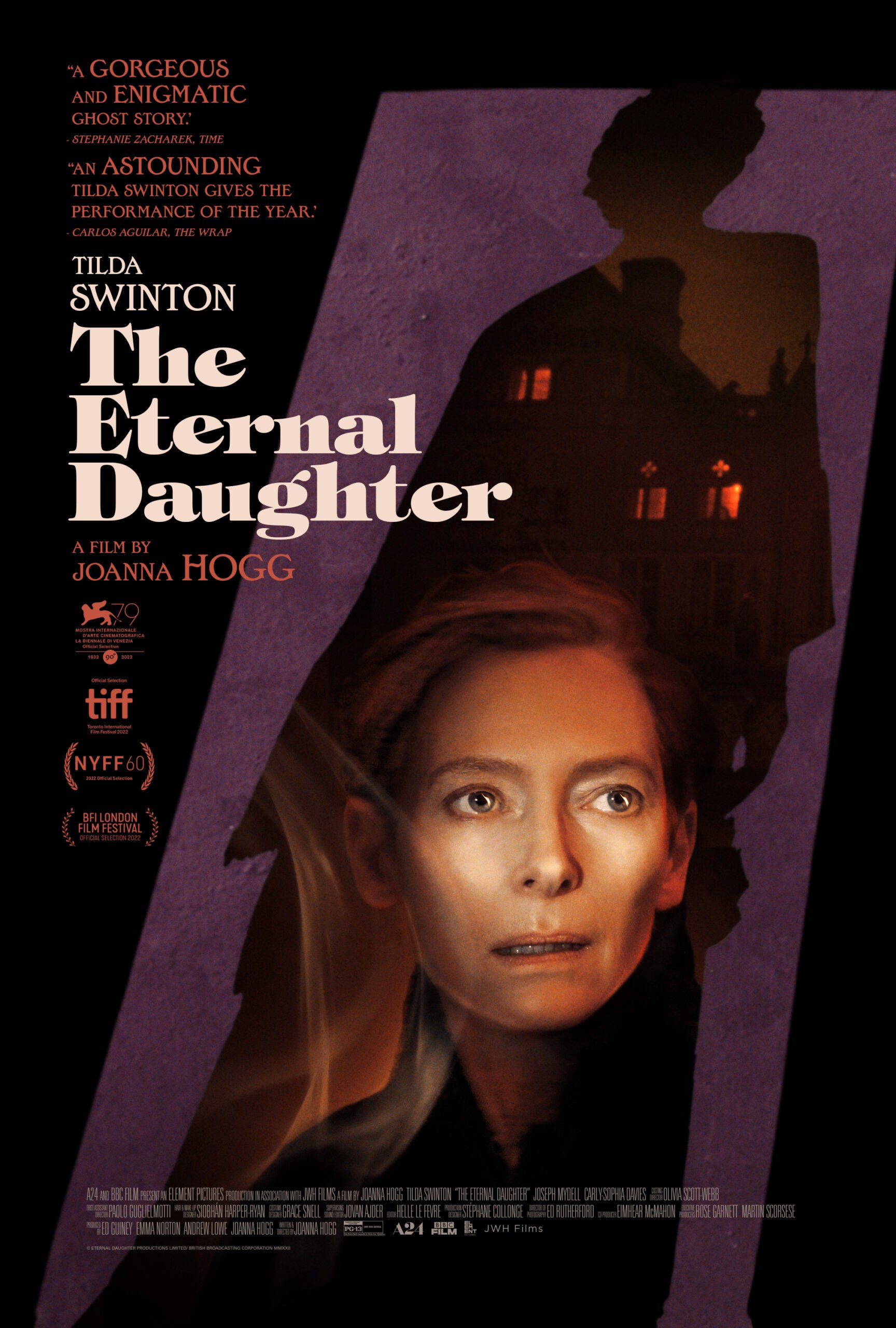