Spoiler Alert Review | The Hero Lives On in This One 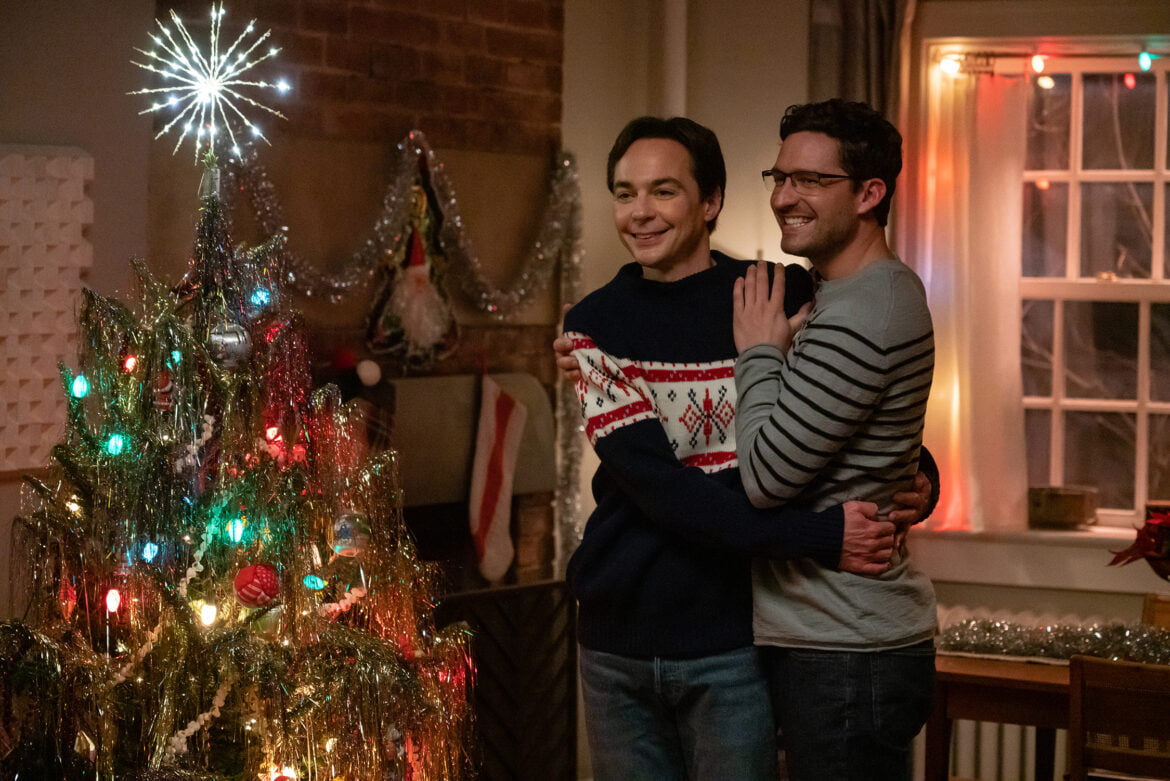 The romantic (and seasonally appropriate) tragedy Spoiler Alert makes the advantageous decision to be up front about where it’s heading from the opening scenes and title. Adapted from television critic and journalist Michael Ausiello’s memoir Spoiler Alert: The Hero Dies, this latest film from director Michael Showalter is obviously tugging at the heartstrings throughout, but it never wants to be an overly manipulative tragedy. Instead, this story about someone watching a loved one slowly slip away amid a battle with cancer wants to be a celebration of life and the hardships along the way. Yes, it’s a very predictable premise and execution (and with a strangely large amount of Diet Coke product placement), but that doesn’t make Spoiler Alert any less effective or loving in tone.

Jim Parsons stars as Michael, a shy and reserved television beat writer who has trouble meeting other men. One night while out of the town, Michael meets Kit Cowan (Ben Aldridge), a closeted photographer and designer who’s charming and attractive but out of his league. They don’t have the best chemistry immediately, but they get drawn into each others orbit and wavelength with ease. A 14 year relationship full of emotional ups and downs begins and culminates with Kit being diagnosed with an aggressive form of cancer.

If Spoiler Alert comes with a bit of familiarity built in from the start – beyond being based on a true story that was turned into film – that’s understandable. In a lot of ways, Spoiler Alert is precisely the kind of movie that Billy Eichner was railing against with his gay rom-com Bros from a couple of months back. From the opening scene of that film, Eichner takes aim at movies that precisely thrive on the real life tragedies suffered by marginalized peoples and cultures that are geared towards straight, mainstream audiences. (It’s also curious to note that Bros was distributed by Universal Pictures, and Spoiler Alert is coming out via Universal’s independent branch, Focus Features.) Eichner’s stance remains a wholly valid criticism that hangs slightly over Spoiler Alert throughout, but taken on its own terms as a character study that isn’t trying to pull the wool over the audience’s eyes for maximum tears by the end, Showalter’s film is a commendable one. 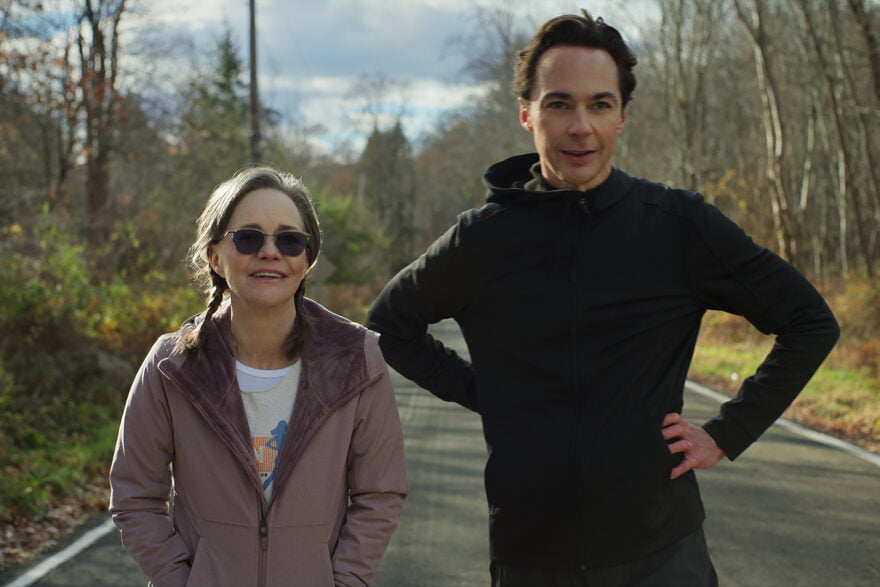 Similarly, that familiarity built into Spoiler Alert also springs from the fact that Showalter (The Eyes of Tammy Faye, Hello, My Name is Doris) has made a similar movie like this already. A direct line can be traced from Spoiler Alert back to The Big Sick, another true story about a couple dealing with the ever present spectre of illness hanging over them. It’s known in advance that this film is going to have a sad ending, but Showalter has a strong directorial vision when it comes to making a story like this. Simply take a great cast, heartfelt material (adapted for the screen by television veteran David Marshall Grant and renowned columnist Dan Savage), and let things fall as naturally and unforced as they can. Showalter is the kind of filmmaker who always makes sure the tone is perfect above all else so the results are effortless.

Spoiler Alert also taps into Parsons’ ability to play an everyman, here able to repeatedly tap into strengths they never knew they had before, especially when threatened with losing someone else to cancer after the death of both parents from the same disease. Watching the progression of Michael Ausiello throughout Spoiler Alert is one of the film’s primary joys thanks to Parsons, and the portrayal of a person raised on television constantly snapping back into the difficulties of their life is realistic and reasoned, especially during a lengthy section where it turns out that the couple at the core of the story hasn’t had as strong of a relationship as the audience thought they did. In both love and conflict, Parsons has wonderful chemistry with Aldridge and Sally Field as Kit’s perpetually in denial mother. Parsons is so good at roles like this that it’s a shame he’ll probably be best known for being the lead in a sitcom that’s destined to play in re-runs until well after everything but roaches are left on the earth. (There’s also a cool sort of irony in seeing a television star like Parsons playing a television critic, like his casting alone is a sort of wink and nod to those in the know.)

Sometimes there’s truth to be found in cliches, and Spoiler Alert rings true. It’s a story that isn’t about the journey or the destination, but rather one that poses a question many people face head on every day: if you knew how it would end, would you do it all over again? The answer in Spoiler Alert is – spoiler alert – a resounding yes. It never presupposes that this answer will be easy for everyone to come to, but it also isn’t trying to push the audience in a certain direction more than it has to. It’s proof that a tearjerker with a heavy holiday component to it doesn’t have to be corny to succeed. 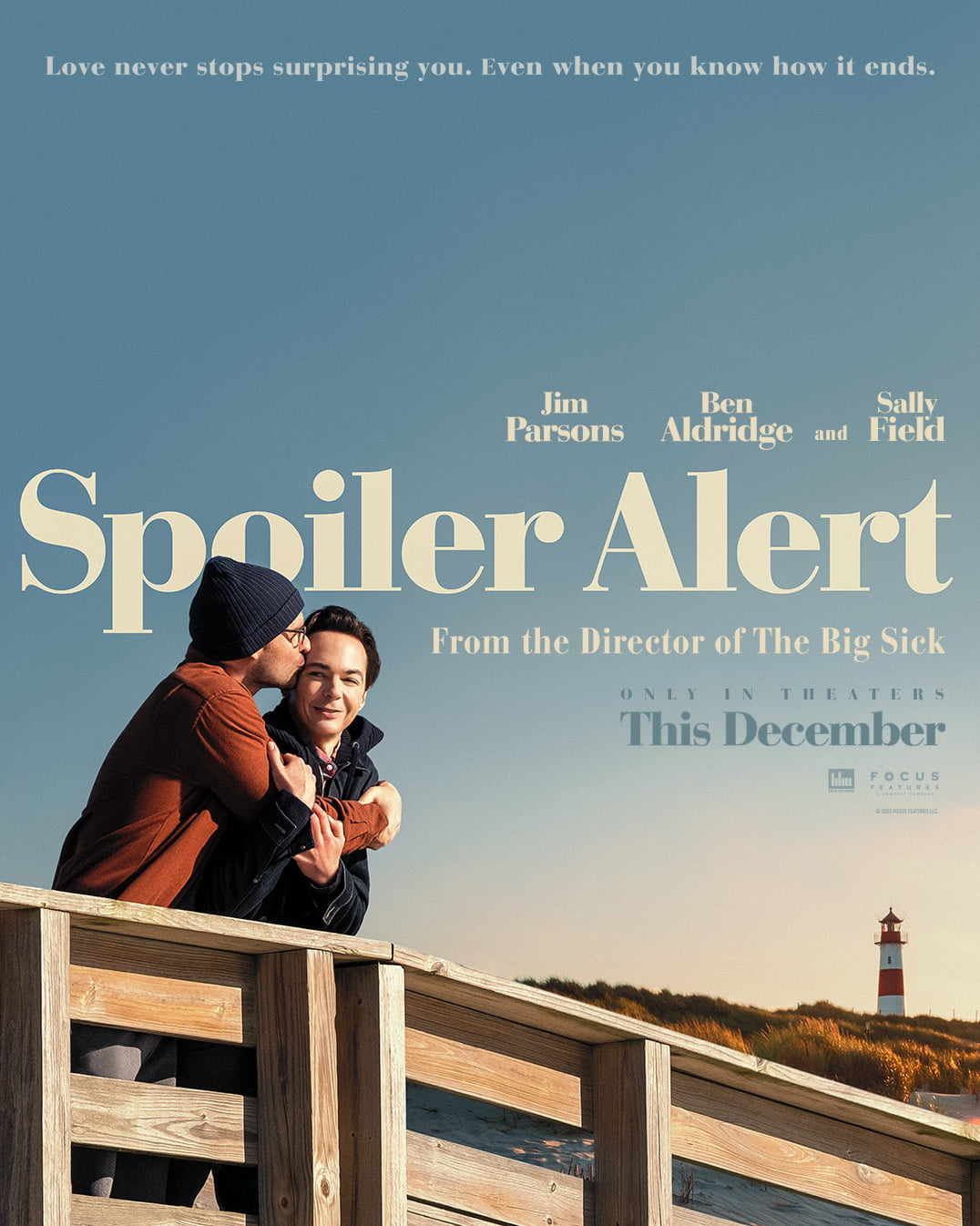