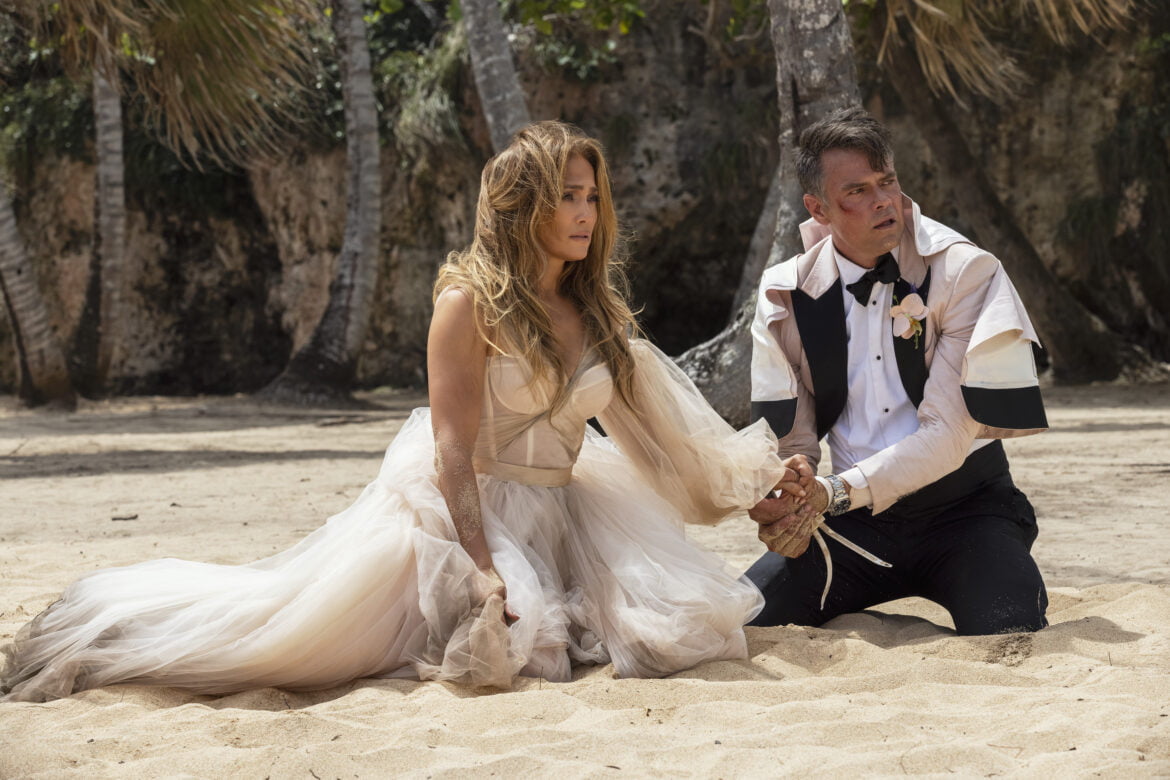 A suitable antidoted to the midwinter blahs, the action-comedy-romance Shotgun Wedding isn’t anything new, but it sure is a lot more fun than one might expect. It’s breezy, likeable, and boasting a gleeful, but not overbearing mean streak that adds a bit of spice. Nothing in Shotgun Wedding is ever in doubt or all that surprising, but sometimes it’s enjoyable to sit back and watch a formulaic movie that does pretty much everything right without getting anything wrong. Cliches exist for a reason; if they’re done properly, they actually work. Shotgun Wedding is one of those cases where everything works and nothing goes terribly wrong.

Well, everything goes wrong for the characters in Shotgun Wedding, or there wouldn’t be a movie to speak of. Lawyer Darcy Rivera (Jennifer Lopez) and recently retired baseball player Tom Fowler (Josh Duhamel) have assembled their closest family and friends on a private island in The Philippines for a destination wedding. Tom is sort of a “groomzilla,” insisting on everything being just-so-perfect for the wedding, while the laid back Darcy is more concerned with making sure her long divorced father and mother (Cheech Marin and Sonia Braga) don’t murder each other. The day is filled with expected tensions and issues that make Darcy and Tom question if they should go through with the ceremony at all. But they don’t have much time to clash with each other once the entire wedding party is taken hostage by invading pirates, who demand Darcy’s wealthy dad cough up an obscene amount of cash for their release. Separated from the rest of the attendees, Darcy and Tom hatch a plan to save the day… and their relationship.

Here for a good time, but thankfully not for a long time, Shotgun Wedding gets off to a fast start and hits the ground running. Director Jason Moore (Pitch Perfect, Sisters) knows that everyone is waiting for the good stuff, so nothing about Shotgun Wedding is overthought. It’s not that Shotgun Wedding is uninspired, but rather that it’s a film that knows precisely what it wants to accomplish and how it wants to go about things. It’s not much that audiences haven’t seen before, but it’s still a fine chance to watch a stacked ensemble cast and a well matched pair of stars have a blast in a gleefully hard-R rated action-comedy sandbox. 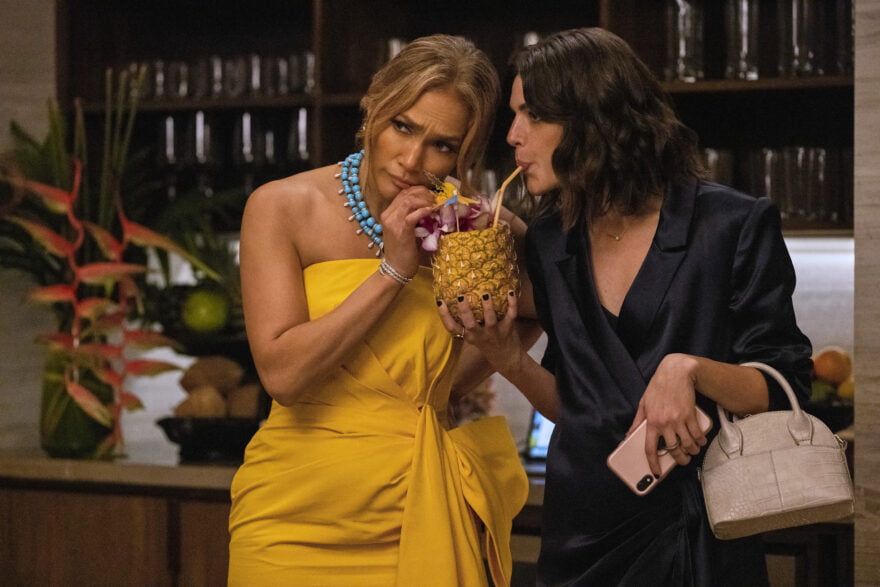 Lopez and Duhamel make a wonderful team and play well off each other. Lopez could do this blend of tough and silly in her sleep, infinitely capable of switching between the comedic, romantic, and action beats without breaking so much as a sweat. Duhamel gives his best and most high profile performance in ages as the high strung, insecure groom, revelling in the chance to be the goofy yang to Lopez’s straight-woman yin. Their bickering and eventual reconciliation follows a clockwork beat on the page, but both of them get the assignment here and keep the high concept silliness on a proper emotional course.

Shotgun Wedding is also one of those films that makes sure to give each member of its well rounded ensemble of supporting characters something fun to do along the way. It’s proof of the old adage that there’s no such things as small parts. Jennifer Coolidge brings her typical madcap energy to the role of Tom’s aloof mother, ditto Steve Coulter as his constantly filming an painfully awkward dad. Marin works against type as a buttoned down businessman, and Braga offers a nice and catty counterpoint to his blowhard tendencies. Lenny Kravitz looks like he’s having a blast as Darcy’s wealthy, hyper-confident ex-boyfriend. Selena Tan gets a few memorable moments as the resort’s constantly put upon manager. Even if the leads aren’t on screen or something isn’t getting blown up or shot at, Shotgun Wedding has gone to great pains to make sure the viewer is constantly engaged.

It certainly will never be confused for high art, but the entertainment value of Shotgun Wedding is assured. Sure, the villains are almost literally faceless, and the reveal of the true criminal mastermind is painfully obvious. (Hint: if it sounds like something weirdly specific will be a callback later in the movie, I guarantee you, it is.) The plausibility of the entire thing is slim to none, and it all comes with an overwhelming sense of familiarity. (It’s also the second action film this month produced by Lionsgate – even though this is being released to Prime Video – to feature something going horribly wrong in The Philippines after Plane. Did an exec from Lionsgate have a really bad experience there recently?) But the action is fun, almost all of the jokes land with either a smile or a genuine laugh, and aside from a couple of bits of dodgy CGI during the climax, it looks pretty great. I don’t know what more people would want from a film called Shotgun Wedding pitched at this level of knowing silliness, but I hope it would be something like this. 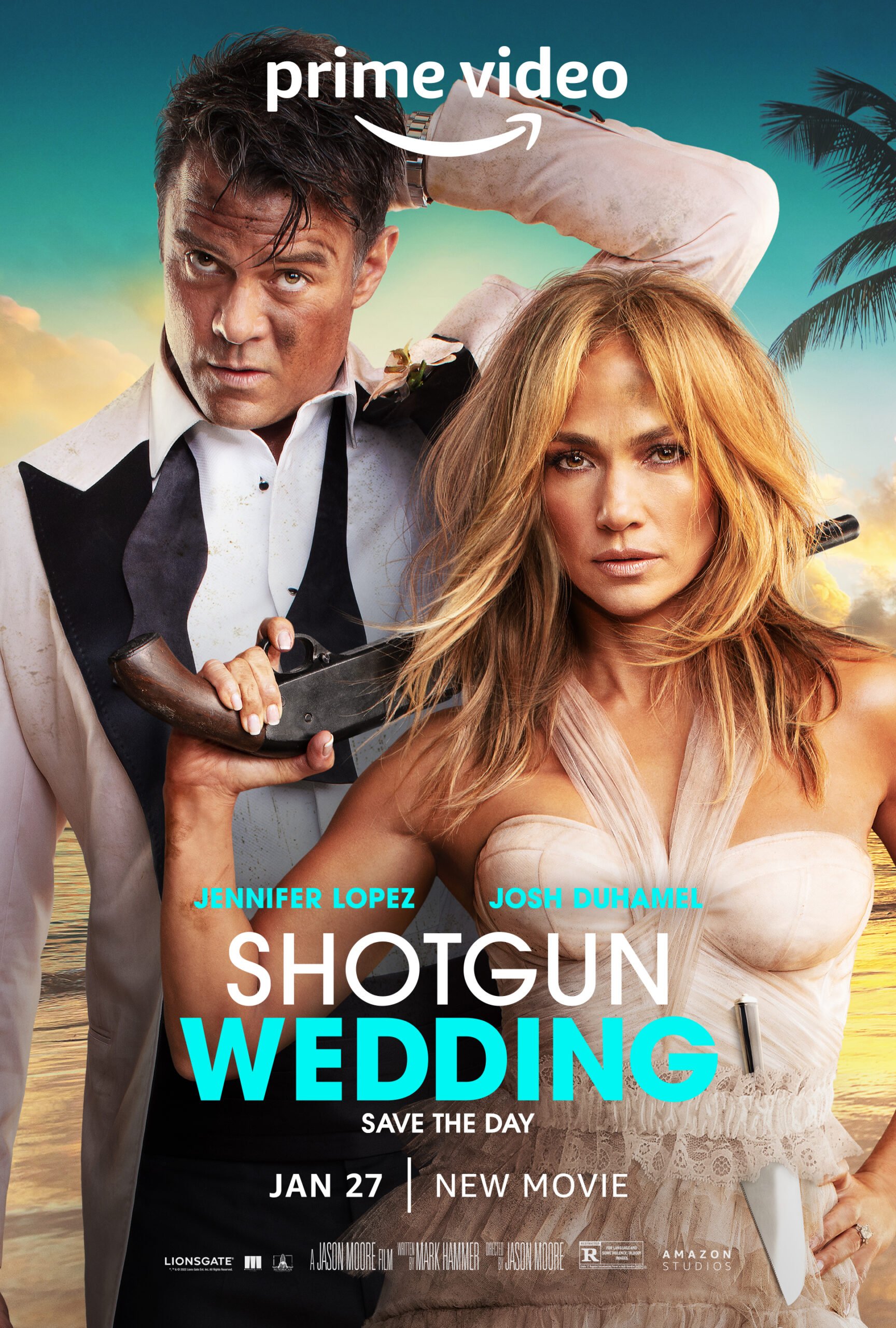