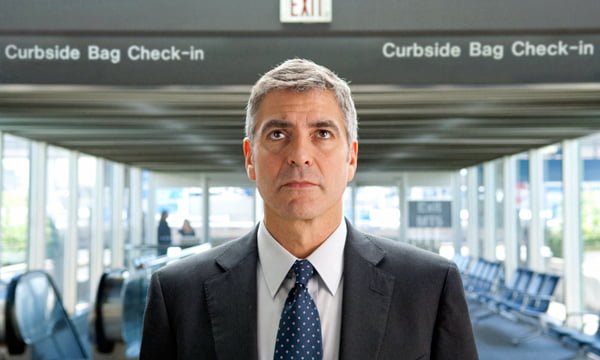 George Clooney in 'Up In The Air'

Coming out this week in theatres, George Clooney stars in Jason Reitman‘s new comedic-drama, Up In The Air; Tobey Maguire and Jake Gyllenhaal star in Brothers; and a quick look at the heist film Armored, starring Matt Dillon.

It has been a good year for movies. For a while it didn’t seem like it, but even as the economy tanked there were dozens of great films in theatres. Among the dozen or so notable films though is one burning question: how many Oscar-calibre movies were released, and which ones are going to earn a best picture nomination?

Out of all the films I’ve seen this year, Up In The Air is one of the very few notable films that seems like a sure thing, certainly as an Oscar contender, if not an Oscar winner. Directed by Juno’s Jason Reitman and based on a novel by Walter Kirn, the film is a brilliant drama that has no problem making you laugh, while offering one of the more compelling stories of the year.

Compared to Juno or even Thank You For Smoking, Reitman’s touch is evident on the story, but it certainly veers in a different direction than his previous work. It’s a funny story, filled with brilliantly written characters, and wonderful asides, but the strength is the incredible drama that lives in Ryan’s sheltered personal life.

Clooney has done a marvellous job of making a character who is both potentially the coolest guy you’ve ever met, and still deeply, sadly alone. That’s the mood that permeates the whole film, from the sterile confines of his tiny apartment, all the way to the airports and hotel rooms.

Screened earlier this year at the Toronto International Film Festival, where I was lucky enough to see it, Up In The Air is a brilliant accomplishment for Jason Reitman. Touching, smart, funny and deftly directed, it’s by far one of my favorite films, not only this year, but also one of the best of this decade.

Maguire and Gyllenhaal play Sam and Tommy, two brothers at polar opposites ends of the spectrum. Sam is a marine, married to his high school sweetheart, Grace (Natalie Portman), and living the suburban dream. Tommy on the other hand was just released from prison and has lived his life as a drifter, using his charm to get him through life.

When Sam is shipped off to war though, and his helicopter is shot down, their lives change abruptly. Assumed dead in the crash, his family tries to cope with the loss, which effectively changes Tommy into the family protector, even as a new connection forms between him and Grace.

Captured by Taliban fighters, Sam actually survived the crash though, and ends up being tortured before he can once again return home to his family. Troubled and utterly changed from his former self, he comes back to the States to find everything different, setting off a mental and physical competition between these two very different brothers.

With its strong cast and impressive plot, Brothers sounds like a strong film, but the reviews are just barely above average.

“Brothers isn’t badly acted,” Owen Gleiberman wrote for Entertainment Weekly, “but as directed by the increasingly impersonal Jim Sheridan, it’s lumbering and heavy-handed, a film that piles on overwrought dramatic twists until it begins to creak under the weight of its presumed significance.”

Meanwhile James Berardinelli of ReelViews wrote, “This is a powerful, disturbing film that explores common cinematic territory – the ability of war to destroy the individual – without seeming clichéd or familiar.”

Lastly, Matt Dillon, Jean Reno, Laurence Fishburne and yes, Skeet Ulrich, star in Armored, an action movie about a team of security officers who think they have the perfect plan to pull off against the armoured car company they work for.

Drop in one unexpected witness though and their perfect plan quickly goes off the rails, turning the heist into a dangerous game.

While Armored sounds somewhat interesting for a heist/action movie, the film was not reviewed for press, which suggests it’s probably pretty bad.