Sex and respect: No limits for the ladies of ‘Bitch Slap’ 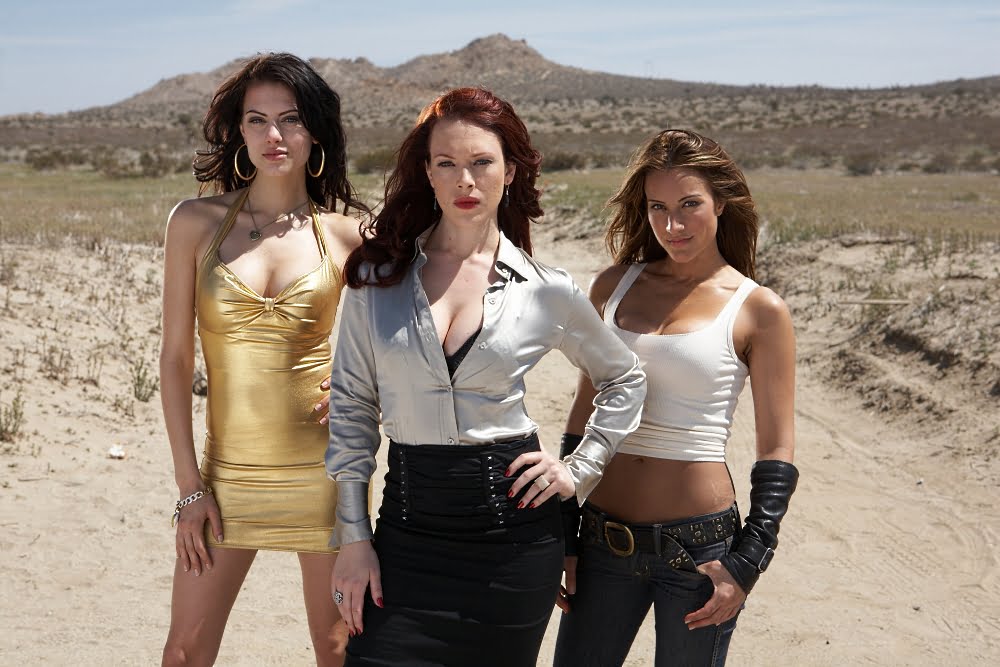 Stars at the Toronto International Film Festival rarely know what to make of the madness that is, so appropriately, Midnight Madness.

Months later, with the film released on a 2-disc special edition dubbed Bitch Slap: Stacked Edition, fans are still talking about Bitch Slap and what makes the sexploitation action film so much fun.

Here’s what the actresses had to say about making the film, why they got involved, and where the whole process took them.

W. Andrew Powell
“What made you want to get involved in Bitch Slap?”

Erin Cummings
“The common theme is just the strong, iconic female characters; superheroes, if you will. Each of us represents a different aspect of feminine power, and so for me, being able to portray a character who was not only strong and could do these amazing fight scenes, and if I do say so myself, very lovely sex scenes, but was incredibly intelligent. There was just something that that really made me go, wow, this is not your classic, I’m being exploited exploitation film. As a woman, I went, you know what, this role isn’t going to come along any time soon, I better take it while I got it.”

America Olivo
“We all had a similar story, and there’s longer versions… and it does start out with being presented with a project, meeting the directors and producers… that were interested in us as the leads, doing an interesting thing called Bitch Slap. And I think all of that put together was a little disconcerting up front, but when you know who’s behind it; the creators of Hercules [The Legendary Journeys] and Xena [Warrior Princess], and director Rik Jacobsen, and to see their body of work in the past… it was a really friendly environment.”

Andrew
“What did it take to film some of the scenes? Did you have to form a friendship to make them work, considering they’re so intimate and intense?”

Julia
“I think that we bonded right away. We really formed a close friendship. I love these two girls dearly. We really became this family.”

“Some of the scenes Erin and I had were pretty intense, so you have to have a trust…”

Julia
“Exactly. We talked about it before — nothing is off limits — we gave each other the okay to go there and just do it. You need to have the communication, the trust, and the respect for each other to make something like this work. When you’re working so closely with each other and it’s a very intense shoot and it’s every day…”

Erin
“And we also made a committment to each other to not be the diva… at the end of the day we were all at the same level. That automatically created an environement of, you know what, it’s the three of us. There’s no star of the film. It’s the three of us together and we had an amazing supporting cast that’s just as integral as we are.”

Bitch Slap: Stacked Edition is available on DVD and Blu-ray, and includes 2 director commentaries, plus a number of special features, including: Building a Better B-Movie, Kinki’s Guide to Sexual Harassment in the Workplace, Stripping is a Feminist Act, Bitch Slap 101, promos, and deleted scenes.

Visit www.bitchslapmovie.com for more on the film.