Film Friday: ‘The Way Back’ and ‘The Company Men’ 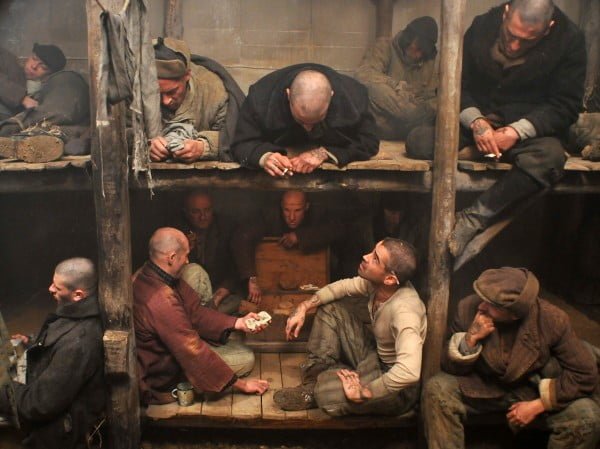 A scene from director Peter Weir's The Way Back

Six-time Academy-Award nominated director Peter Weir is a prolific filmmaker by Hollywood’s standards, but it’s been almost seven year’s since he released Master and Commander: The Far Side of the World, and that was five years after he directed his previous film, The Truman Show.

Once again, as with the rest of Weir’s long filmmaking career, The Way Back is a dramatically different film and story from anything he has directed before.

Inspired by Slavomir Rawicz’s autobiographical book, The Long Walk: The True Story of a Trek to Freedom, which details his internment and escape from a Soviet Union labor camp, the film is a survival story that follows a group of prisoners on the run from the Siberian Gulag where they were held and the long trek that took them across thousands of miles to their ultimate freedom.

During the course of their agonizing trip, the group of prisoners, played in the film by Jim Sturgess, Ed Harris, Colin Farrell, Saoirse Ronan, and Mark Strong, among others, have to face the absolute extremes in nature, in addition to soldiers, land mines, starvation, and dehydration.

Thanks to research by Weir and producer Keith Clarke, the film is a powerful drama that is a moving testament to humanity’s drive to survive at any cost. On top of strong performances by the cast, The Way Back also features a stellar team behind the scenes including Academy Award winning cinematographer Russell Boyd, film editor Lee Smith, and a number of other talents who previously worked with Weir.

Reviews for the film are making it out to be the best of the week, with Roger Moore of the Orlando Sentinel writing, “A movie that engagingly one-ups the various survive-the-wild TV series by giving us real survival situations and showing just what human beings can endure in their single-minded quest for freedom.”

Henry Fitzherbert of the Daily Express was slightly less impressed, although he still gave the film a mostly-positive review. He wrote, “Wonderfully shot and convincingly acted, the picture shows what it takes to survive physically but struggles to get under the characters’ skins psychologically.”

In a film that truly reflects the age we live in, Ben Affleck, Tommy Lee Jones, and Kevin Costner star as three men who lived and worked in the lap of luxury, until they were suddenly downsized as the global economy took a nose dive.

Between the three men, who all defined themselves by their jobs, they will essentially have to reshape their lives to find out what’s important to them, and what they can do to fill the void, whether it’s up to their previous standards or not.

Written and directed by ER’s John Wells, the film has been earning solid reviews from critics, who are giving it just a little less praise than this week’s other big new film, The Way Back.

As Rex Reed at the New York Observer wrote, “The Company Men does a piercing job of making you feel the dehumanizing effects that losing a job can have on grown men, but it’s more truthful and devastating than that.”

Based on RottenTomatoes.com, which has the film at a mere 47% fresh, the film is not the kind of movie you’re going to need to run out to cinemas to catch. Rex Reed of the New York Observer wrote, “Portman is herself partly to blame. Nobody with an upwardly mobile career who is suddenly being taken seriously should co-star in a movie with Ashton Kutcher.”