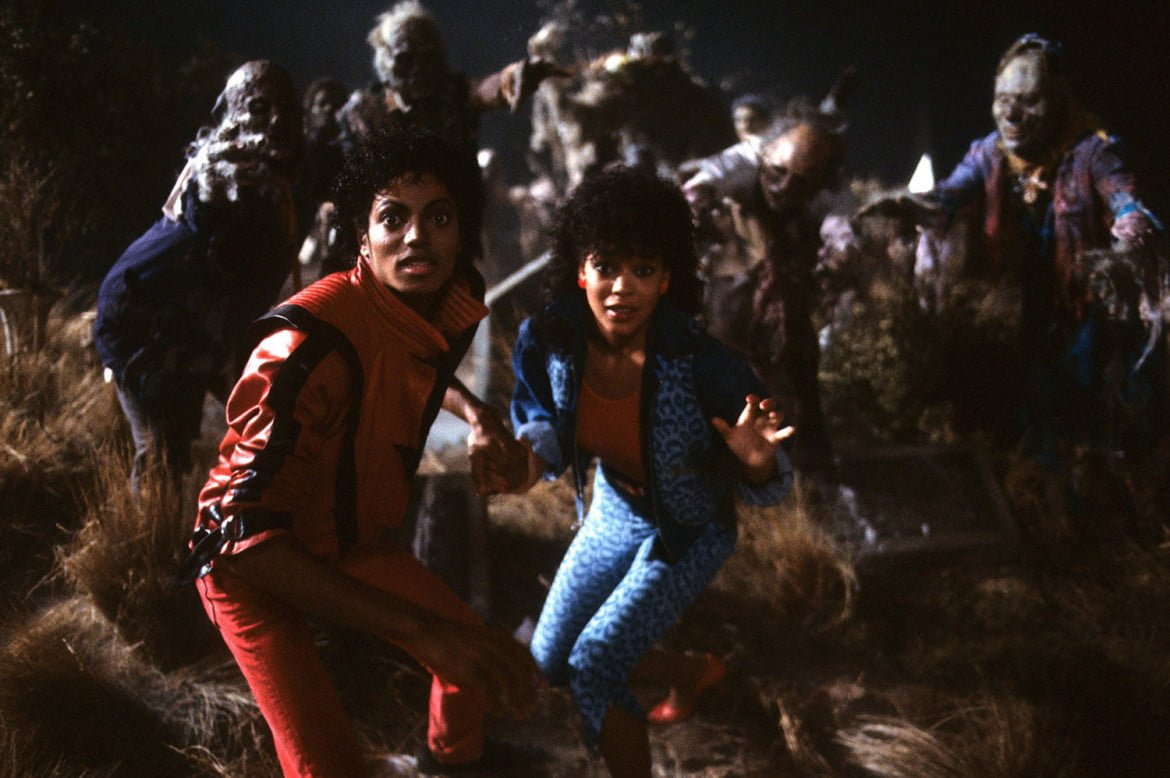 Happy Halloween, everyone! In honour of the best day of the year, we’re going back into the vaults for one of the greatest videos ever made, and certainly the best Halloween-themed music video of all time: Michael Jackson’s “Thriller”.

After all these years, the music video may not be as scary as it was when you were ten-years-old, but the video is creepy and brilliant all the same, mixing together Jackson’s werewolf with a crush of zombies intent on–one would assume–chewing on the young woman’s flesh.

That’s not even mentioning the work of the late, great Vincent Price, who delivers the sinister voiceover, and the killer laugh at the end.

Plus, there’s the zombie dance, which to this day is one of the only choreographed dance routines that I actually like watching (although Beyonce’s Jackson-style video for “Love On Top” is pretty damn good too).

I could go on, and on, and on about “Thriller”, but I think it stands pretty well on its own. Check it out below and have a creepy Halloween!


Video Hits is a semi-frequent spot featuring a new music video to admire, mock, and discuss. From the great to the awful, whether they’re from twenty years or twenty minutes ago. Watch all the 2012 videos on YouTube.