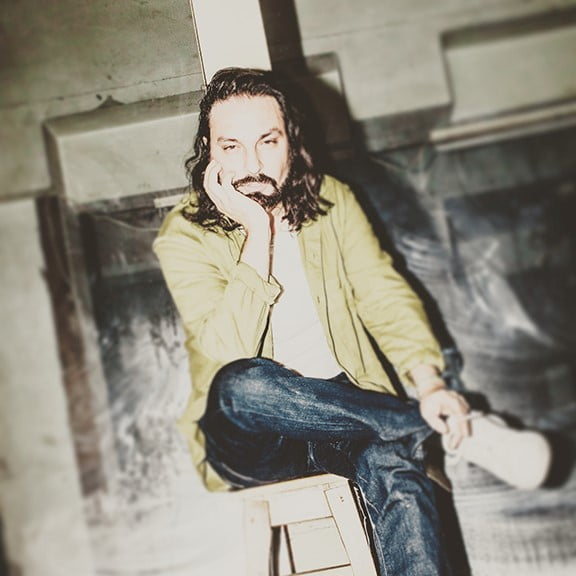 A harrowing tale of a love so potent, it becomes dangerous, charismatic rocker Laszlo Jones roams the darker side of romance with provocative new single, “Out Of My Head” — available now.

Openly exploring the turbulent nature of losing love — all within moments of poignant reflection, principally communicated through the lyrics — the latest single off Jones’ hallucinatory new EP, Beyond The Door, demonstrates the unshackled approach to music that flourishes within the well-travelled artist.

“When I ride through stormy weather, I remember how it used to be
How you used to hold my temper, how you made it all right for me
There’s no way I could forget the way you kept away my regrets
When you held me
When you touched me
When you gave me the world I wanted”

The complexities of destructive relationships are as viscerally communicated in the sound as they are in words. This concept is expressed further within the music video for “Out Of My Head,” where interpretive dance and striking visuals take center stage to deliver the emotional imagery manifested in the super-charged single.

A composer in his own right, Jones’ meticulous attention to musical detail shapes the new EP with the collaborative effort of his friend, multi-instrumentalist and producer Michael Buyens (The Gathering, Life Of Agony). Jones assembles an all-star cast of accomplished musicians in Paris, France, to record the five tracks that would comprise his latest project.

Laszlo Jones’ artistic fearlessness originates from his native Beirut, Lebanon, where the expatriation of his parents led him on a path that prioritizes personal discovery and adventure. This freedom of expression encouraged Jones to pursue varied opportunities to play in bands across multiple genres in practically every country he’s called home. Jones’ avant-garde approach to his craft allows the listener to experience a uniquely international influence unbound by the conventions of rock music.

“Out Of My Head” is available now.