10 rising Canadian artists to put on your radar 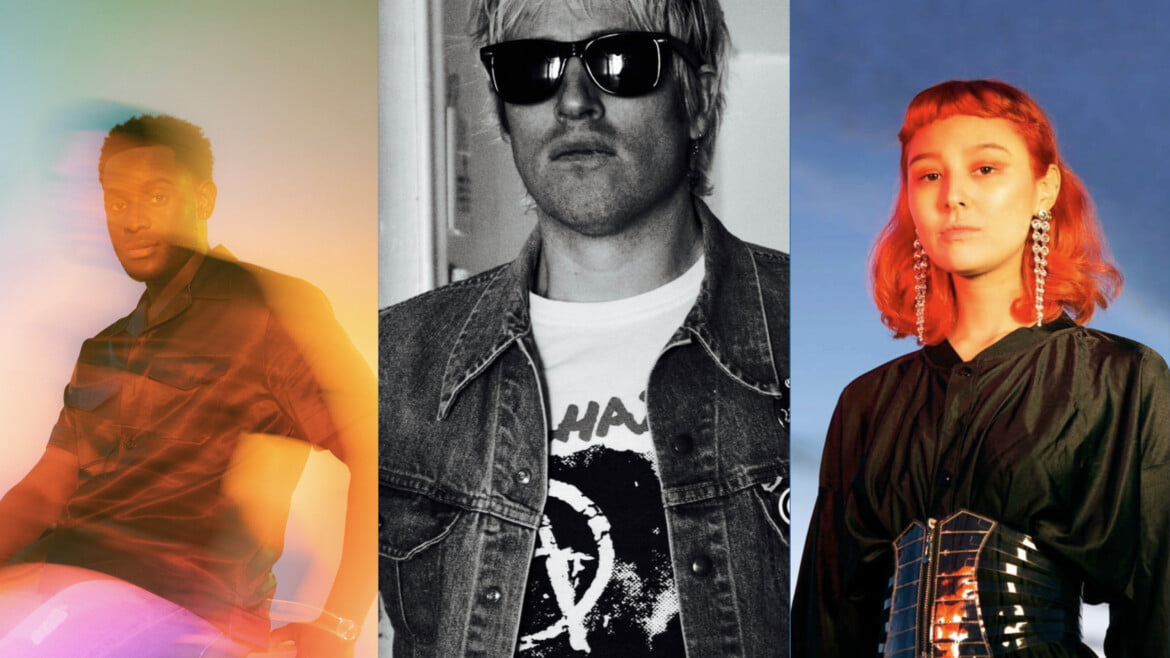 There is so much new, amazing musical talent, it can be pretty tough to keep up, much less decide how to divide your listening time and attention. But, fear not, I’m here to help. In no particular order, here are some amazing Canadian artists you really need to set your sights on.

Jon Vinyl, a young 23-year-old from Toronto, started his music journey at 15 and released his first single five years later. Today, he delivers art well beyond his years. Jon is nostalgic and keenly attuned to his emotions of past relationships, empowering his listeners in the same way.

Influenced by the likes of Luther Vandross, Jodeci, and Maxwell, all of whom vulnerably opened up to the world, Jon’s sound is sophisticated, vulnerable, bluesy, and soulful, involving synthesized sounds and strummed guitar. His first 2022 single, “Don’t Care,” is a change from the light, poppy R&B on last year’s Lost In You album. The artist has evolved past love-struck subject matter into a deeper, darker world of ambiguity, pain, and hyper-masculinity.

Check out Jon’s videos on YouTube or peruse his songs on Spotify.

You could say the energy and sound of Edmonton’s Home Front has a dramatic, synthy, electric, punkish buildup slightly reminiscent of 1980s disco and bands like New Order and The Cure. It’s got that coming-of-age, classic movie soundtrack feel we all know, wrapped up in so many mixed emotions.

Check out their debut album from last December, Think of the Lie. One reviewer describes the song “Flaw in the Design” as “exhilarating, emotional, nostalgic and just downright brilliant. Instant pre-order!”

You can find Home Front on Spotify and Band Camp.

Known for her celestial, psychedelic mood music, Luna Li was wildly successful with her 2021 single “Cherry Pit,” which evokes an ethereal nostalgia of light summertime magic. Last fall, she opened for Japanese Breakfast’s tour, and this year she released her new album, Duality.

Get to know Luna Li on Spotify or YouTube.

When it comes to Alberta-born singer-songwriter Sophie Wonfor’s project Roo–the beautiful, eerie EP named Blooming, Glooming and the first of a three-part series–she describes herself as an emo-bard.

Wonfor writes many of her songs unintentionally, and the common message is that our emotions and moods catch up to us at any given point and that things just happen as they need to, regardless of the season. Her song “While” is all about listening to that inner voice and calling, to move past your own expectations of what “should” be and focus on the truth of what is.

Give Roo a listen on Bandcamp.

Hailing from Beaconsfield, Quebec, Brittany Kennell spent 8 years working on her country music in Nashville, where she had the pleasure of writing and playing with some of the best of the best. She was the only Canadian to make it on NBC’s The Voice and is a rotating national anthem singer for the Montreal Canadiens.

Give Brittany a listen on Spotify or check her out on Instagram.

Hunnah’s debut project, Unloved, is an emotional, exploratory EP of 7 tracks that delve into her very own (unanswered) personal questions about longing and love. Her jazzy, romantic, and smooth-as-silk yet introspective and unique sound is the perfect backdrop to start or end your day.

Hunnah grew up practicing piano scales and singing gospel at church and, today, the 20-something Torontonian’s influences include Lauryn Hill, Stevie Wonder, and a bit of Ethiopian jazz.

Enjoy Hunnah’s sounds on Spotify or check out her videos on YouTube.

Juno nominee and winner Savannah Ré released her first album, Opia, at the end of 2020, but it wasn’t until nearly one year later that she got to perform the tracks live when she headlined Toronto’s All-Axis Festival. The artist was also the first black woman in over 15 years to sing the national anthem at the Grey Cup.

Ré worked tirelessly to earn what she has now, including behind-the-scenes writing with Babyface, Normani, Daniel Caesar, and WondaGurl.

Her voice is rich, full, and chock-full of feeling and soul, which you can enjoy for yourself on Spotify or YouTube.

This year, Bliss Fields (formerly known as Iris) debuted their first full-length album, Slowly, Forever. It’s got an upbeat, dreamy emo-pop tinge to it, yet it’s still shoegaze (for any newbies, this is indie-alt rock with ethereally obscured vocals, feedback, guitar effects and distortion, and intense volume).

When speaking about reinventing themselves under a new name, the band said “We’re all older than we were when we started this together and want a clean slate. We used the name Iris and it didn’t feel right, it wasn’t the same lineup. This is something fresh in our eyes, and something exciting for everyone watching and listening. No more mystery, this time we’re going to be us.”

Give Bliss Fields a listen on Spotify or Bandcamp.

If you’re feeling some fun, dance-y beats to get the blood pumpin’, check out Priyanka’s debut EP Taste Test. Known as Toronto’s drag superstar, Priyanka was born as Mark Suknanan in Whitby, Ontario and, in 2020, won the first season of Canada’s Drag Race.

Aside from her clear success in music, Priyanka hosts several Canadian TV shows.

Check out the superstar’s music on Spotify or learn more on her website.

Montreal’s Bruce Liu has been playing piano since he was eight years old, and last October was his big break when he won first-prize laureate at the 18th Fryderyk Chopin Piano Competition. At the competition’s final stage, Liu blew the jury away by playing Chopin’s Piano Concerto in E Minor with the Warsaw Philharmonic.

Since then, the pianist has landed an album of competition highlights with the world’s most prestigious classical music label, along with concerts scheduled all around the world for months to come.

Sit back and relax with Bruce Liu on Spotify or YouTube.

Emma Caplan is a writer and editor with over 11 years of experience in various content types and topics, including travel & outdoors, food & beverage, local events & news, health & lifestyle, home & design, and real estate, business, & tech. Emma also edits marketing content as well as fiction and nonfiction books. Her work has been featured in the Chicago Tribune and on Healthline, Narcity Media, BobVila.com and Nexstar Media.