Walt Disney Pictures released the first trailer for the sci-fi adventure film John Carter today, which is the big-screen adaptation of Edgar Rice Burroughs’ story, “A Princess of Mars”.

The list of respected filmmakers doesn’t stop there though. The score was composed by Oscar winner Michael Giacchino, production design comes courtesy of the Oscar-nominated Nathan Crowley, and costume design was by Mayes Rubeo of Avatar fame.

Synopsis: John Carter tells the story of war-weary, former military captain John Carter (Taylor Kitsch), who is inexplicably transported to Mars where he becomes reluctantly embroiled in a conflict of epic proportions amongst the inhabitants of the planet, including Tars Tarkas (Willem Dafoe) and the captivating Princess Dejah Thoris (Lynn Collins). In a world on the brink of collapse, Carter rediscovers his humanity when he realizes that the survival of Barsoom and its people rests in his hands.

John Carter opens in theatres on March 9, 2012. Visit www.JohnCarterArrives.com for more on the film. 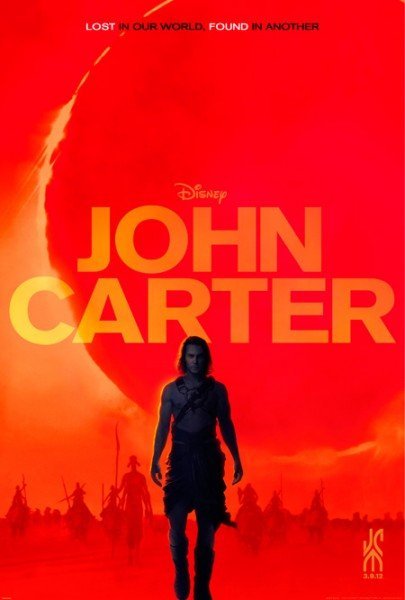