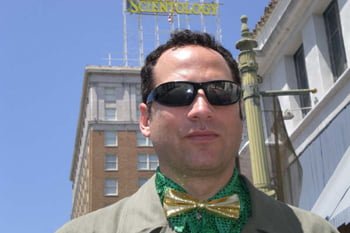 A couple of months ago we featured an early interview and profile with Canadian author Ian Halperin about his explosive book Unmasked: The Final Years of Michael Jackson. Well, that book has become a massive bestseller, and even topped the prestigious New York Times Best-Seller List.

The sad fact about that otherwise stellar achievement is the fact that the Canadian press have not noticed it. The last time a Canadian book (Published by Transit Publishing in Montreal) by a Canadian author topped the New York Times Best-Seller list was 1944.

Ian Halperin is in Europe promoting the mega-successful book and he told me from Paris, “I feel like a Canadian athlete that has won a gold medal at the Olympics and no one in Canada was ever told about it in the press.”

Halperin’s book is a bestseller not just because of the convergence of events surrounding its publication (originally scheduled to be released five days after Michael Jackson’s sudden and untimely death) or because of the cryptic prediction that author Halperin made in an interview in US Magazine six months prior to his death (Halperin sadly predicted that if Jackson continued on the road he was traveling, the drugs, the sleeplessness, the tour schedule, that he would not last six months – Jackson died six months and one day after Halperin made that prediction) – it is a bestseller because it is an interesting, balanced work that people want to read.

Unmasked: The Final Years of Michael Jackson is a hit the world over, including here in Canada. Were it to have won an obscure Can-Lit prize backed by a wealthy benefactor that enjoys having prizes named after himself, Halperin’s book would be front page news of the Entertainment Sections at least – but because the book is a smash commercial success the world over, once again the Canadian press responds to that by not responding to it.

Here in Canada the word commercial seems to be treated as a dirty word – every Canadian writer or actor or musician yearns for commercial success, but when one of us earns it, the Canadian media seems almost ashamed to celebrate it.

Ian Halperin has done what every Canadian author in the country has dreamed of doing, but only he has done since 1944 – to see their name under the title of a book atop the New York Times Best-Seller list. Good for you Ian, keep up the good work – it is an inspiring achievement that we should all be proud of.