Ten years through The GATE 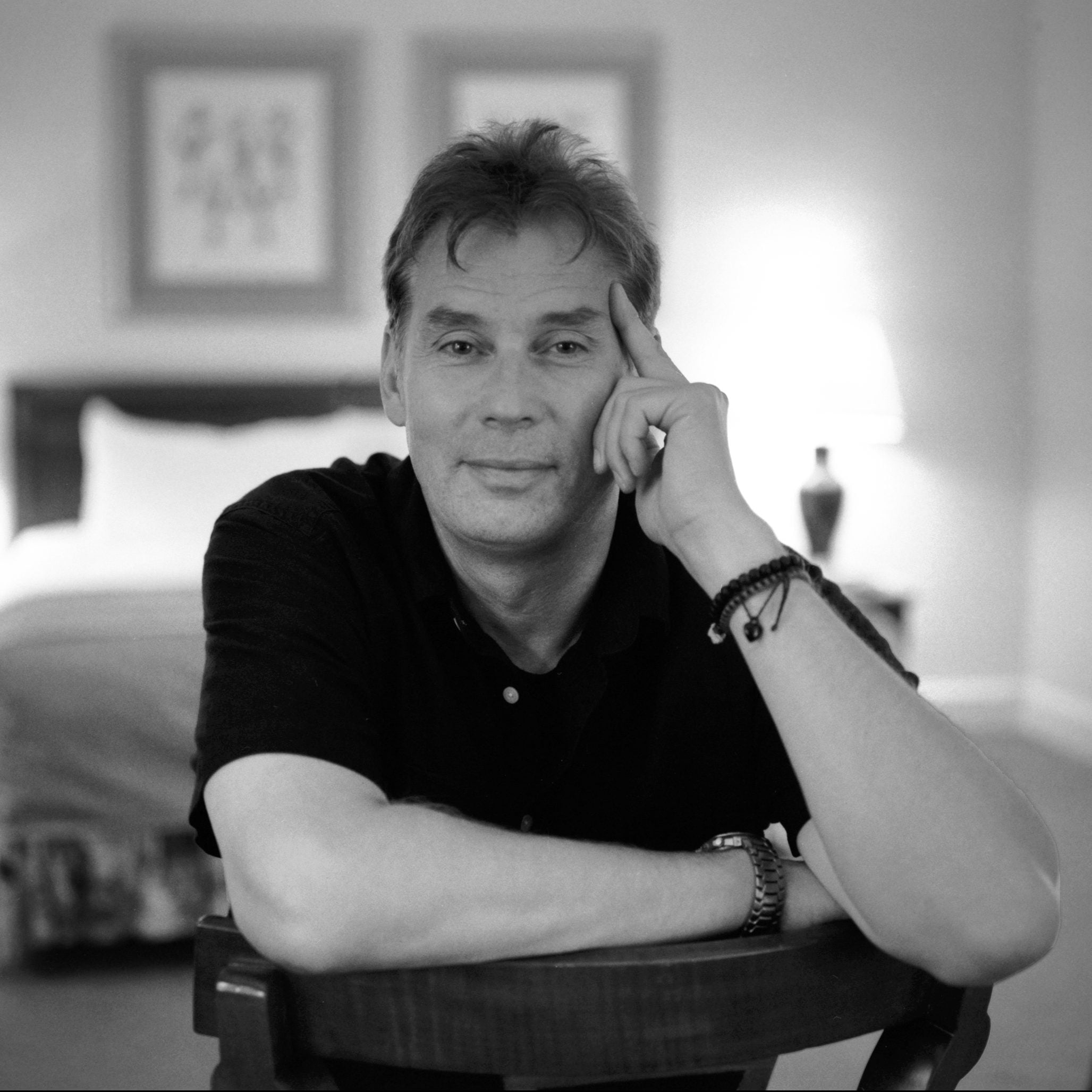 Things that have great meaning to you–be it personally or professionally (or both)–tend to show themselves at the time in a very humble and quiet way. It is through the passage of time, looking back, we can then see the full meaning and the full import of something that seemed a casual occurrence at the time. Such can be said of the ten solid years I have been working with Andrew Powell (creator and Editor-in-Chief) and The GATE.

Currently I am an on-air contributor to CTV News on matters involving film and books and popular culture and am working on my next three book projects–books ten, eleven and twelve–with a Los Angeles based publisher, and getting to do these things are directly related to work I have done for The GATE.

I first met Andrew through a mutual acquaintance–he was looking to interview me about musicians I had interviewed for TV for something he was working on. I was working on a newspaper piece at the time on hotels and was based in the Intercontinental Hotel in Toronto for a few days. Andrew came to my hotel suite and we did the interview, afterwards in casual conversation he told me about The GATE and what he was hoping to achieve with it. I liked it and him immediately. Later via email we talked about my converting some of the TV interviews I had done with movie stars and filmmakers into print pieces for the site–print pieces that could go a bit deeper than the few minutes worth of the interviews I could use in TV profiles. I agreed that this would be a cool idea and that was the start of my long and rewarding association with The GATE.

Meeting with Andrew, and that subsequent mutual agreement to work together, has been directly responsible for a number of things that I had always wanted to do but probably would not have gotten to do were it not for that association with The GATE.

One of my early transcribed pieces involved an afternoon I spent with actor Mickey Rourke on a balcony in the old Four Seasons Hotel in Toronto–this was a time when old Mickey was in the depths of his freefall but I saw him as the very interesting Mickey of The Pope of Greenwich Village, Angel Heart and Nine 1/2 Weeks times.

I found it fascinating that this unlikely character first became a movie star on his own terms, then self destructed on those very same terms. I wanted to do something on the full meat of that conversation and The GATE was the place to do it. The piece ended up being a well liked one on the site and a couple of years later when I was working with a publisher in London, England on ideas for a book I could do with them, the idea of a book on Mickey Rourke was high on my list. They wanted to know where I would go with such a book and I immediately referred them to the piece in The GATE. They checked it out and that was the birth of my book Mickey Rourke: High and Low published about a year later.

A few years later after many more travel and film and book related pieces in The GATE, my dream of getting to write a book on hotel living and hotel culture looked like it might be coming around. My grand idea was to live in the Royal York Hotel–a hotel where I was literally conceived and where my grandparents worked and where my love of old hotels and hotel culture was cultivated, for a couple of years writing–then finish the experience by writing a book about being an author living in the hotel. It was a bold and audacious thing to pitch but because of the travel and hotel stuff I did for The GATE, the upper management brass at the Royal York Hotel knew who I was going in.

Then the harmonic convergence happened–I signed a two-book deal to write two biographies and the Fairmont PR boss, Mike Taylor, suggested that I might want to take advantage of a Writer-In-Residence program that the Royal York was thinking of starting. It all happened so fast that I found myself living in the Royal York, something I had dreamed of my whole life. I still didn’t have the deal to write my dream hotel living book, but I was there and I was determined that this would happen and proceeded accordingly. One of the first people I involved in this grand scheme was Andrew. He dropped by the hotel just days after I moved in and took some pictures (Andrew is also the best photographer known to me) and talk about an idea I had. The idea was to do a multi-part series of pieces for The GATE on what it was like to be an author living in an iconic old luxury hotel.

As the pieces were written and were published on the site I noticed that the hotel people began complimenting me on the stories–this got more and more frequent with each published piece in the series. Everyone from the hotel restaurants Master Chef to the Royal York GM and Regional VP of the Fairmont Hotel and Resort chain would stop me in the lobby to tell me how much they were enjoying the series. The GM told me that a Japanese tour group told her that the Royal York was selected as their Toronto hotel destination because of the articles that had been reading online about the hotel, the articles they described were our series in The GATE.

When I finished the two books I was contracted to write, the next book I wrote had to be my hotel book–no ifs, ands or buts. I knew that for the book to be truly what I wanted it to be I would need a small publishing house and I had one in mind: Dundurn. I pitched the idea to them and they liked it. I told them about the series on The GATE and how, because of that series, the Royal York brass was on board with cooperating with the book. They took a look at our series and that sealed the deal. A year later my book The Suite Life: The Magic and Mystery of Hotel Living was published and every picture Andrew took in those early days appeared in that book, one of the photographs he took of me was used as my author’s photo, a photo that has appeared around the world in articles and interviews I did promoting the book. Andrew was never given the proper credit he was due for his fine work in my book, but I have told everyone who would listen about his contributions to it.

Over the years I have tried to arrange for the river to flow in both directions–often I have involved Andrew in television and radio shows I was doing both to help promote The GATE to a wider audience and because I was (and am) awfully proud of my work for the site and my association with The GATE. So much so that now when I am offered something for TV my immediate response is to also pitch the idea as something that would make for a kick-ass print piece in The GATE–I have not had a single occasion when that has not made the gig even more attractive to the producers or studio involved. Case in point, a visit to the New York set of Boardwalk Empire. My piece in The GATE appeared before my CTV News piece did on TV and The GATE piece so impressed the people involved that is was passed on up to the main guys at HBO in New York for a look–and they loved it.

As a writer, working for The GATE has been a great pleasure in that the format Andrew has created lends itself to a kind of freedom of expression that most print outlets just do not allow. There is no destination or hotel or idea that I cannot pitch to Andrew and likewise that he cannot pitch to me that we can’t turn into something cool and I have a trunk full of wonderful memories of being in exotic places around the world sitting on beaches or in hotels scribbling words in notebooks that are destined to appear as sharply presented pieces in The GATE.

I could easily write another hundred thousand words on my work with The GATE over the last ten years, but I will save them and keep them coming in little chunks over the next ten years. Andrew has taken a dream of his that started small but was backed by big, smart ideas and he has made The GATE into something unique, bold and deserving of (and receiving!) a ton of respect. Working with Andrew for ten of the fourteen years in the life of The GATE have been a source of great fun and great pride for me–I would not have done half the cool things I have been fortunate enough to have done had it not been for my work with and association with this site. So for that, I have to thank Andrew profusely for allowing me to share in that cool thing he wanted to do called The GATE, and to publicly state my unending gratitude.

Congratulations on your fourteen years of hard work and excellent results and thank you for the ten years (so far!) that you allowed me to be a part of it.