DVD Tuesday: ‘We Own the Night’, ‘Why Did I Get Married?’ 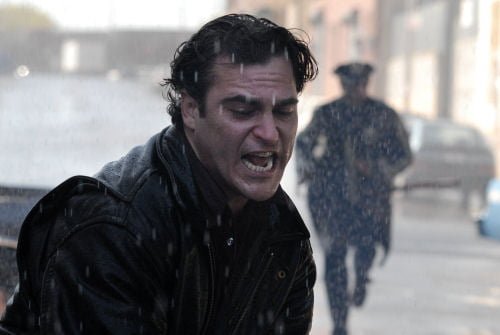 Joaquin Phoenix in We Own The Night

Arriving on DVD this week, clichés are apparently alive and well, whether they pop up on the streets of New York City in the 80s crime-drama We Own the Night, or take the form of characters in Tyler Perry’s Why Did I Get Married? I take a look at how these two films deal with their obvious faults, and still manage to keep the story alive and well.

We Own the Night
Cop dramas live and breath in a world of duality. You can’t have that hero protecting the city without an equally oppressive villain waiting in the alleys for a chance to take him down. A lot of great films have used these clichés in new and original ways to create stories that defy expectation, but We Own the Night is not one of them.

In the early part of the film we see a lot on our two key characters, and how they are complete opposites of one another. There is Joaquin Phoenix as the scuzzy club owner Bobby, working side-by-side with drug dealers and thugs, and there is his brother Joseph, played by Mark Wahlberg, the clean-cut cop trying to wipe said drug lord out of the city at any cost. Set in the 80s in New York City, we see a lot of the differences between these two brothers, and it all reminds me of about a hundred other crime dramas from the last 30 years.

Working from a simple divide to a the point where Bobby is locked up by his own brother, We Own the Night takes a little while to get into the story and while the character development is good, the actors are definitely not evenly met. Wahlberg is a good actor in some films, but here he comes across as a caricature of a real cop from a bygone era, and lives off the fumes of clichés that are best left to Hill Street Blues. Meanwhile Phoenix pulls an interesting performance out of a generally weak script.

I do like the symbolism in the film, the somewhat clever juxtaposition between characters, and even Eva Mendes‘ role as Bobby’s love. There is also something great to be said for director James Gray‘s idea to stick to well-shot, but modestly edited scenes. What bothers me is that there is nothing really original in the film – the clichÃ©s are dragged out and flogged for our amusement, but never paraded with style. I could watch the film again, and get more out of it still, but there is something missing that keeps the film from ever feeling like it has great momentum.

The DVD includes a few decent extras, with Gray’s commentary track offering the most interesting tidbits, including how he planned the film and why he chose to keep the editing low-key. Definitely worth a watch, but perhaps not more than a rental.

Tyler Perry’s Why Did I Get Married?
It is somewhat hard to watch this film without wondering if there is a channel out there that features all Tyler Perry, all the time. Every preview on the DVD features some sample of other Perry projects, but there is something of a tacked-on feeling to all of them. Will you want to rush out and see more of Perry’s work if this is the first film you have ever seen? Perhaps not all of them, but I will admit to admiring the amount of work already out there from the talented writer, director and producer.

In Why Did I Get Married?, the story follows four couples who come together every year for a vacation where they can relax, and talk about their relationships and how to make their marriages work. As troubles, scars, and fights emerge, the couples deal with the emotions and attempt to figure out exactly what went wrong.

What works for the film is the way the actors seem to gel so easily to each other, amid their dramatic story arcs. Not all of the performances are worth mentioning, especially not Janet Jackson who comes across as rather forced, but as a whole there is a lot to admire in the story. Like the film We Own the Night, clichés are a big part of the tale and the characters all suffer from a bit for it. I just could not help but recall other better, smarter films where I have seen these workaholics and troubled spouses before.

Why Did I Get Married? still manages some clever scenes, more than a few great story arcs, and credit is especially due for R&B singer Jill Scott as Sheila, who outshines most of the cast. Features included in the DVD are scarce, and generally not that impressive. A whole feature on the greatness of Janet Jackson especially feels like it was a contractual obligation rather than a heartfelt featurette.

Also Available
The critically acclaimed crime-thriller Gone Baby Gone with brothers Ben and Casey Affleck, about a missing girl in a small neighbourhood of Boston. Plus the overly cheesy romantic comedy No Reservations with Catherine Zeta-Jones and Aaron Eckhart. Also check out TV seasons arriving on DVD for Dallas, season eight; the complete collection of Slings & Arrows; and season three of Family Ties.