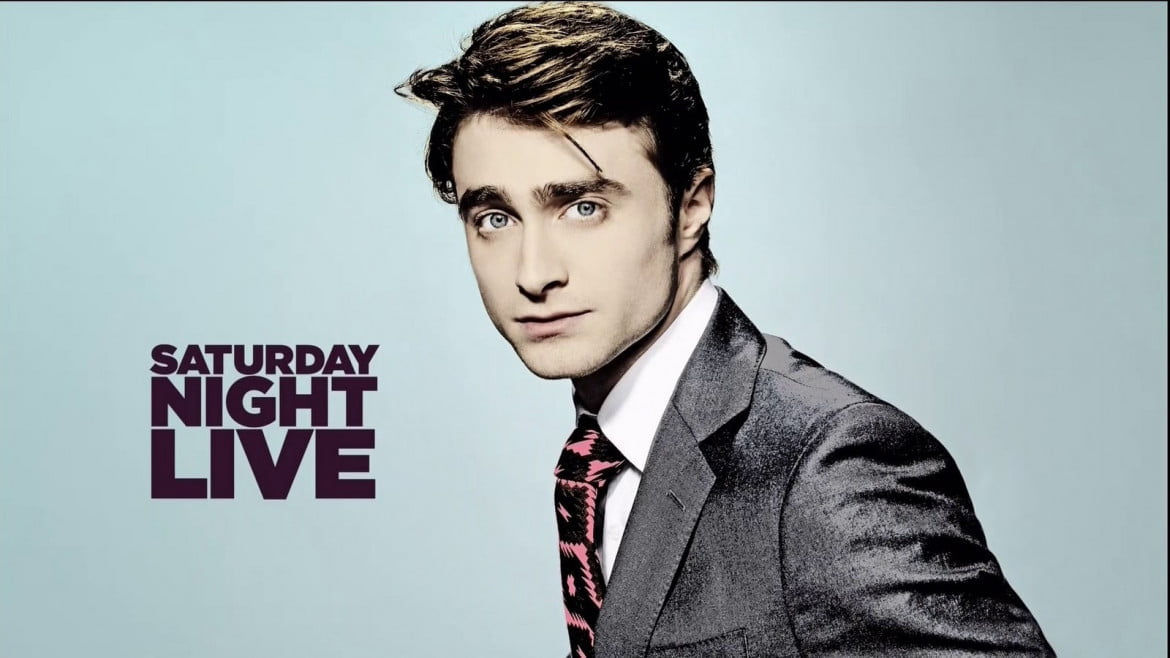 During a visit to Toronto to talk about his new film, The Woman In Black, Daniel Radcliffe also talked about the experience shooting his episode of Saturday Night Live. Here’s what he had to say about filming the episode, the challenges, and what the SNL team accomplishes each week.

Daniel Radcliffe: “[It was] fantastic. I just had the best time. Like, I’m somebody who really thrives off fear and panic and chaos, so, like for me, that’s just the perfect environment. I would like the fact that somebody said, ‘Okay, there’s been a slight change. Just look at the cards.’ Love that. Those are the situations that I kind of live for. It was interesting that in the reactions, people didn’t feel that it was the strongest episode or whatever, but I had a blast.”

“The people who can be a bit scathing about SNL now days, for me it’s very lazy, because they have no concept of what is actually going on. They’re putting on an hour-and-a-half music and comedy show from scratch in a week. And, actually, it’s a two-and-a-half hour long if you include what you do at the dress rehearsal.”

“I just loved it. The fact that you’ll do a sketch and that somebody will grab you and run you to another quick change. It was great, and I said to them at the end–ask me back any time. I will run across oceans, I don’t care because the Casey Anthony dog was, like, possibly one of my favorite things I have ever done, because I read it and I had no idea how I was going to play it. ‘Should he be just terrified or panicking or what…’ and then they put the wig on and all the stuff and I went, ‘Oh, no–easy–I just have to play it really, really angry.'”

“What’s impressive about that show is that, you know, there are people who have been working there 21 years who say there is no where else I would rather be, and that speaks highly of the cast and the crew. It’s a really good atmosphere.”