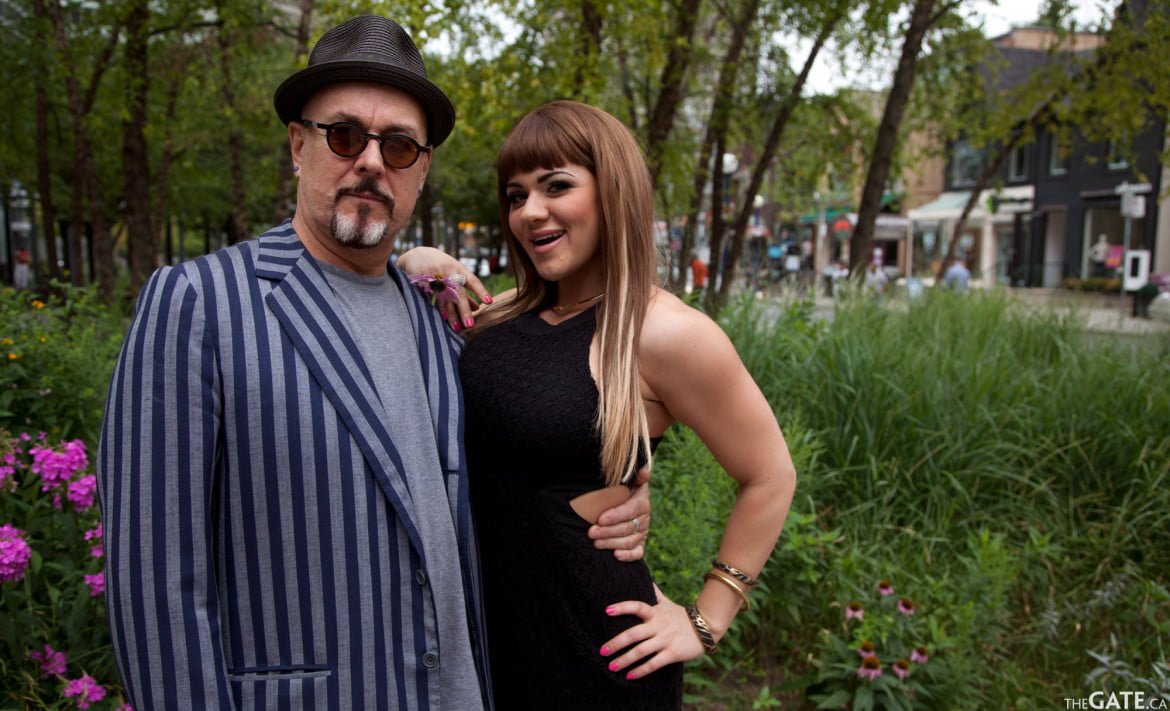 Toronto had a little extra sass today as actor Armitage Shanks and burlesque dancer Roxi DLite were in town to chat about their film Burlesque Assassins, which opens in Toronto tomorrow, July 20 during the Toronto Burlesque Festival.

Touring across Canada for the film’s “Seduce and Destroy Tour”–which takes them from Vancouver to Toronto, Ottawa, Calgary, and Halifax–the relaxed duo talked with me about what it took to make the unique movie, which they described as a a “mad-cap” and “dangerous” comedy.

Burlesque Assassins is set in the 1950s, during the early part of the cold war, and follows a group of deadly burlesque dancers fighting communism and villainy with their very unique talents.

Catch the stars of the film Friday, July 20 at the Toronto event at the Gladstone hotel at 10:00 PM, followed by the film debut at the Bloor Hot Docs Cinema at 11:00 PM.