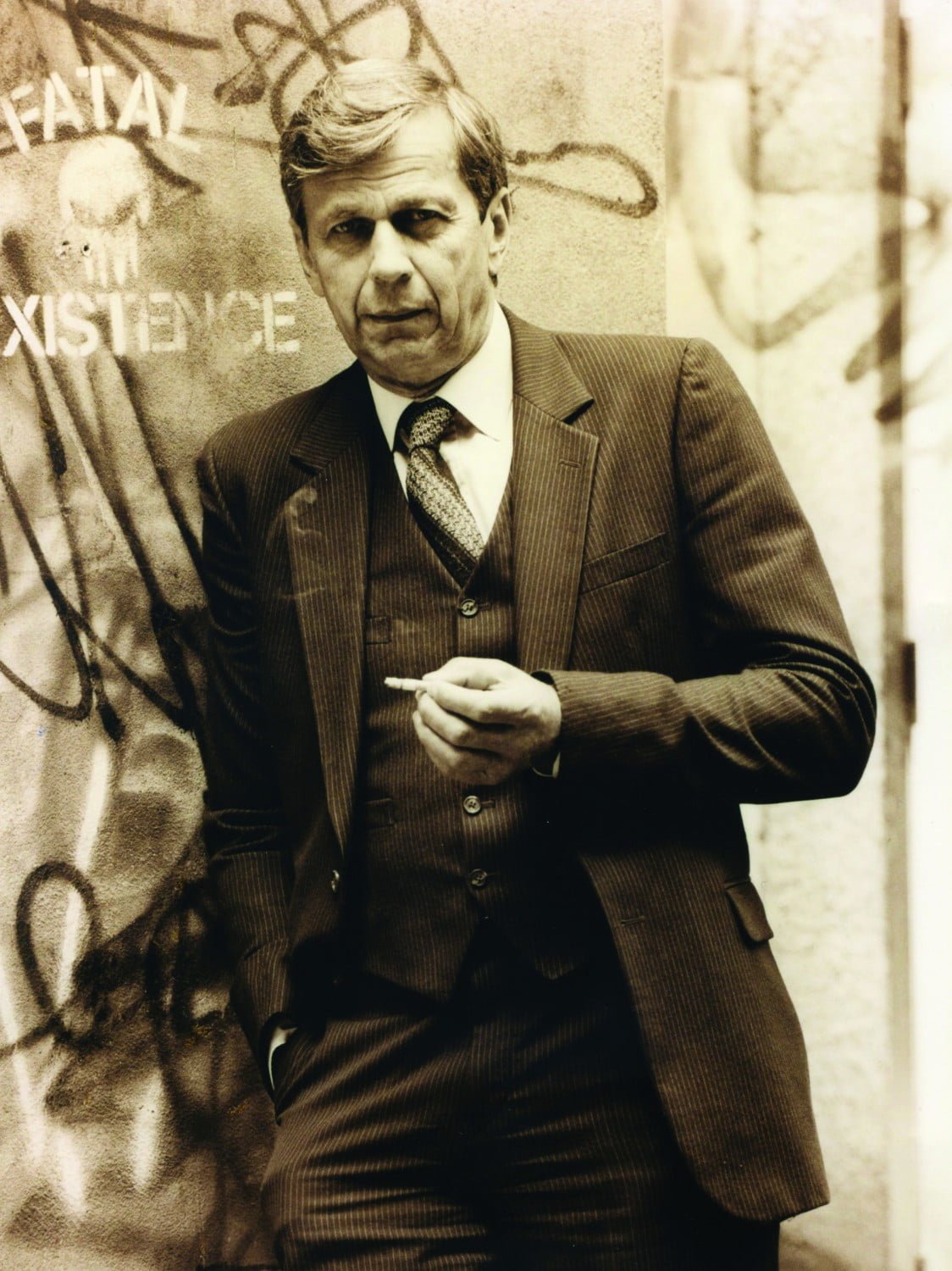 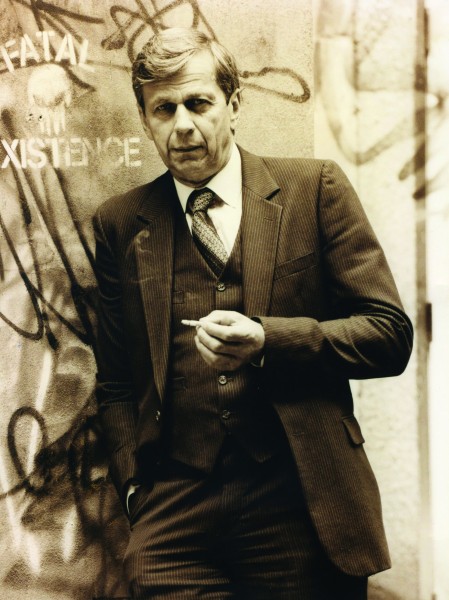 William B. Davis is one of the most recognizable actors I have had the good fortune of interviewing. From his face to his distinct voice, Davis’ is unforgettable, and it’s largely thanks to the role that made him a star around the world–the very memorable Cigarette Smoking Man, or Cancer Man, in The X-Files series.

Davis’ career is an interesting story that goes well beyond his appearances in The X-Files though. Whether you look to his recent work in shows like Showcase’s Continuum, or catch his work directing theatre, Davis has an interesting tale to tell, and it’s rendered in great detail in his memoir, Where There’s Smoke: Musings of a Cigarette Smoking Man.

Recently, I spoke to Davis about his work on Continuum as the future version of Alec Sadler, and then we discussed his book, and his career. Read the full interview below, and otherwise you can plan to meet William B. Davis and The X-Files star Gillian Anderson in Toronto at Fan Expo Canada from August 23 to 26. Visit www.fanexpocanada.com for more information on the event.

W. Andrew Powell: What can you tell us about Alec Sadler?

Andrew: Any tidbits that you’re allowed to tell us… or can you tell us a bit about who he is?

Davis: “Well, I signed this agreement when I signed my contract that I would tell nothing about this show, but I don’t know if that applies after it’s been aired or not. But, the truth is that I know very little about Alec Sadler. Simon Barry, the creator, did tell me the kind of backstory and a lot about what the situation is, but exactly what his relationship is with the terrorists, and exactly what his relationship is with the influential powers, I’m not quite sure yet, and you’re not supposed to be sure yet either, so I can’t give that away.”

“It’s a fascinating thing to be involved in. I had a great meeting with the young Alec Sadler [Erik Knudsen], and just to play a character that is in two dimensions, as it were, or in two eras, is quite interesting.”

Andrew: How many episodes are you in?

Davis: “That I can definitely tell you. I’m only in two. They had hoped for another, but they had budget considerations or something. So, I’m only in the first one and the last one.”

Andrew: Well, we will certainly have to see what happens in the last episode then, I guess?

Davis: “Yeah, and that certainly suggests an on-going story, so we’re certainly hoping that there will be more than the ten episodes that they’ve made so far, or otherwise you’ll never know who Alec Sadler is.”

Andrew: Certainly the show had a tremendous debut, so the future looks pretty good for Continuum.

Davis: “I think so. I was thrilled with it.”

Andrew: Well, I really enjoyed the character. Is there something that draws you to these sci-fi stories, or do these shows fall in your lap at this point?

Davis: “It more or less falls in my lap. It’s actually not a genre that I personally have been a great fan of–not that I have any objection to it, it’s just not what I sought out as a viewer. Because of a number of things, I was going to say–because of the X-Files, and the relationship between X-Files and so on, but also just Vancouver, which is where I’m based, has been a fair centre of science fiction type of shows–that happens to be a place where these shows get done.”

“But, no, I wouldn’t say that I sought them out. This one, you know, a lot of things fell into place for this one. I mean, obviously, the type of mysterious, silent person is something that I can do, but it also helps that I look like the actor playing the young Alec Sadler. That was obviously a key consideration in casting.”

Andrew: It really is interesting to see these kind of shows are doing well in Canada, which hopefully does suggest there’s more to come down the road. Beyond that, what else is going on with you? I know you have the book you just released, Where There’s Smoke…, which is up for an award, for the Independent Publishers…

Davis: “Yes, the award is actually presented tonight, although I won’t be there, in New York, for the memoir category in the Independent Publishers Award. I’m tied for bronze in this category, which is quite a large category, I gather, so I was quite pleased that my book was so honoured.”

Andrew: What ignited the interest in writing a book about your career?

Davis: “I imagine most people have some interest in telling their story. Well, there’s two things that are involved when you write a memoir–there’s the writing of it, the telling of the story, but there’s also the re-imagining it, or re-experiencing it. Or, I was even going to say remembering it again, or renewing one’s memory, because it was a fascinating experience for me.”

“I had a very unique background when I was young. I mean, starting as a child actor on radio before television… well, it had been invented, but it wasn’t being produced in Toronto at that time, which is where I was, in Toronto. Television was simply a yellow brick building that was being built behind the radio building, which is where all the action was at that time.”

“So, that was a whole different world, and it’s a world that’s largely forgotten, and I had a unique story to tell about it, so I wanted to tell that story. I also wanted to tell the really weird story about The X-Files and how that happened, and then I was in some really amazing places in my early career, particularly in England and Scotland, so it all sort of came together as something that really needed to get down on paper. When it gets down on paper, of course, it’s only a sketch–it’s only an image, and then you think, ‘Oh, I could write five more memoirs, and come at it with different angles, or use a different lens.’ [Laughs] But it was just an amazing experience to do.”

Andrew: What’s the hardest part of putting together a biography?

Davis: “I think a hard part is to be honest. So many memoirs are defensive–defending what you did. You know, so you got fired in this job, but you were right and they were wrong, and you’re going to prove it.”

“So I wanted to be honest, and give credit where credit was due, but also take some where I felt it was fair. So I trod a line in that. Also, what about your personal life? How much do tell and how much do you expose? I may have exposed more than I should have, but that makes it a better book.”

Andrew: I have to say as well that a lot of people now would not know about the early days of radio and theatre in Toronto. That is an interesting story unto itself.

Davis: “It’s the early days of our country, in a way. That’s another thing about a memoir–it’s a social history, when you think that, when I was a boy, bread and milk were delivered by horse. [Laughs] I mean, think about that for a minute.”

Andrew: The fact that it was even delivered is what might startle most people…

Andrew: So, what else is coming up next for you?

Davis: “The only other thing in the can is The Tall Man, which will be released at the end of August, I believe, which had a very auspicious premier in Cannes. So, we’re hopeful that good things will happen for it. It’s not a great role that I have, but it’s a fascinating movie and beautifully shot.”

Davis: “Yes, exactly. And beyond that I have some writing projects–I’m thinking of doing some more writing. There are some interesting plays to direct, but not until 2013.”

Andrew: Thank-you very much for your time. It was a pleasure. 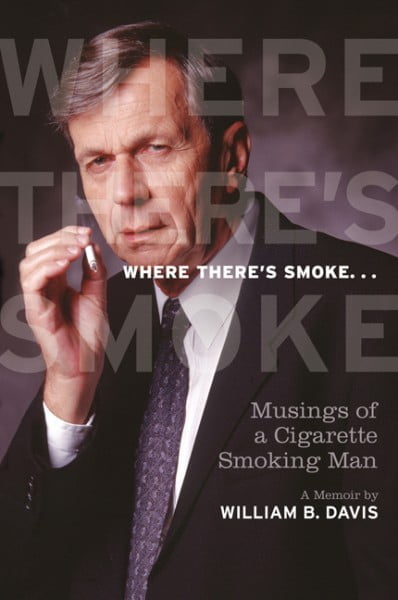 William B. Davis – Where There’s Smoke…