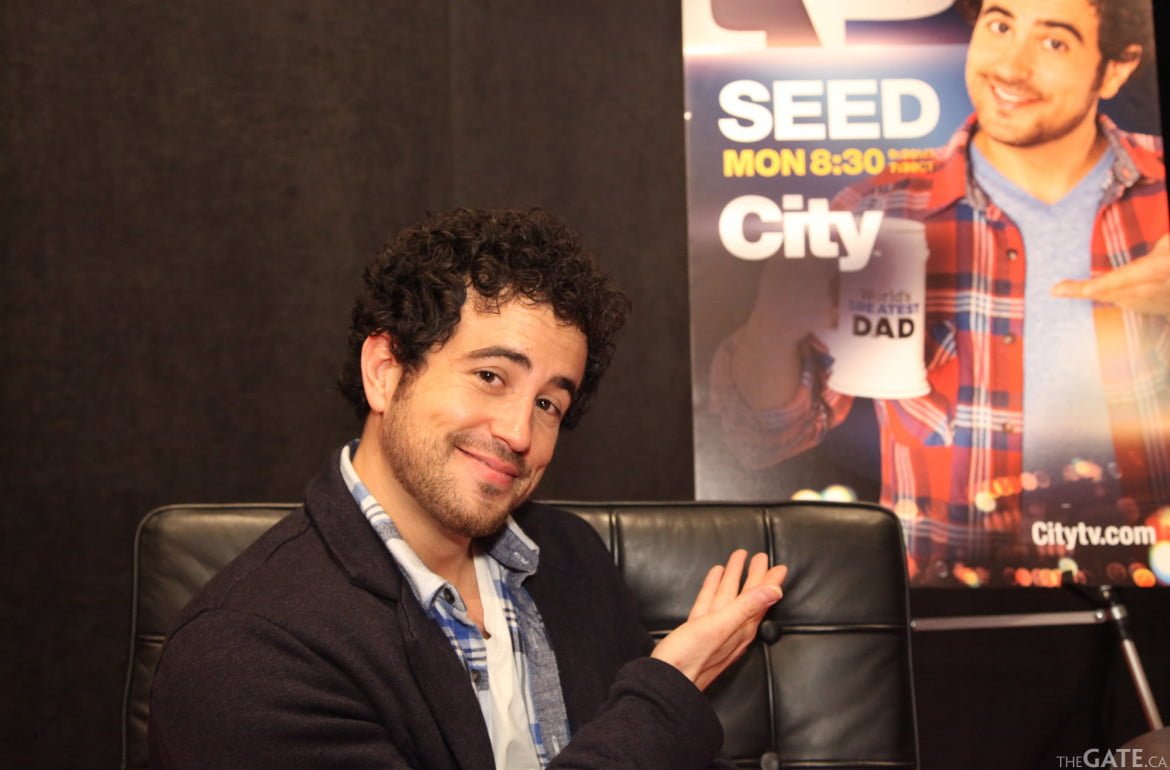 Seed, the new Canadian sitcom from City, stars Adam Korson as Harry, a bachelor and bartender who seems to be playing the dating scene hard, and often, until his past catches up with him when his nine-year-old son, Billy (William Ainscough), shows up on his doorstep.

For Harry, the surprise is that he never knew he had a son, but Billy, the smart-talking son of a lesbian couple, played by Amanda Burgel and Stephanie Anne Mills, sleuthed out his father’s identity from the sperm donation Harry made years ago to a local clinic.

As luck would have it, Harry also comes face-to-face with his daughter, Anastasia (Abby Ross), when she suddenly shows up at the bar thanks to Billy’s help.

Thrust into the role of a father for two children he didn’t even know he had, Harry is suddenly the centre of attention for the two very different families as he also, inadvertently, meets Rose (Carrie-Lynn Neales), who wants a baby, whether she’s in a relationship or not.

The 13-episode Canadian sitcom tracks Harry’s adventures as a father who essentially has no real experience in relationships–let alone as a role-model–but that doesn’t stop him from trying anyway.

In Toronto this week to help promote the new show, Korson sat down with me to talk about the premise of the show, his vision for the character’s impulses, what it was like working on the unique series, and the ethical question about sperm donation.

Watch the interview with Adam Korson: