The Secret of Station House No. 4: the Murdoch Mysteries escape room 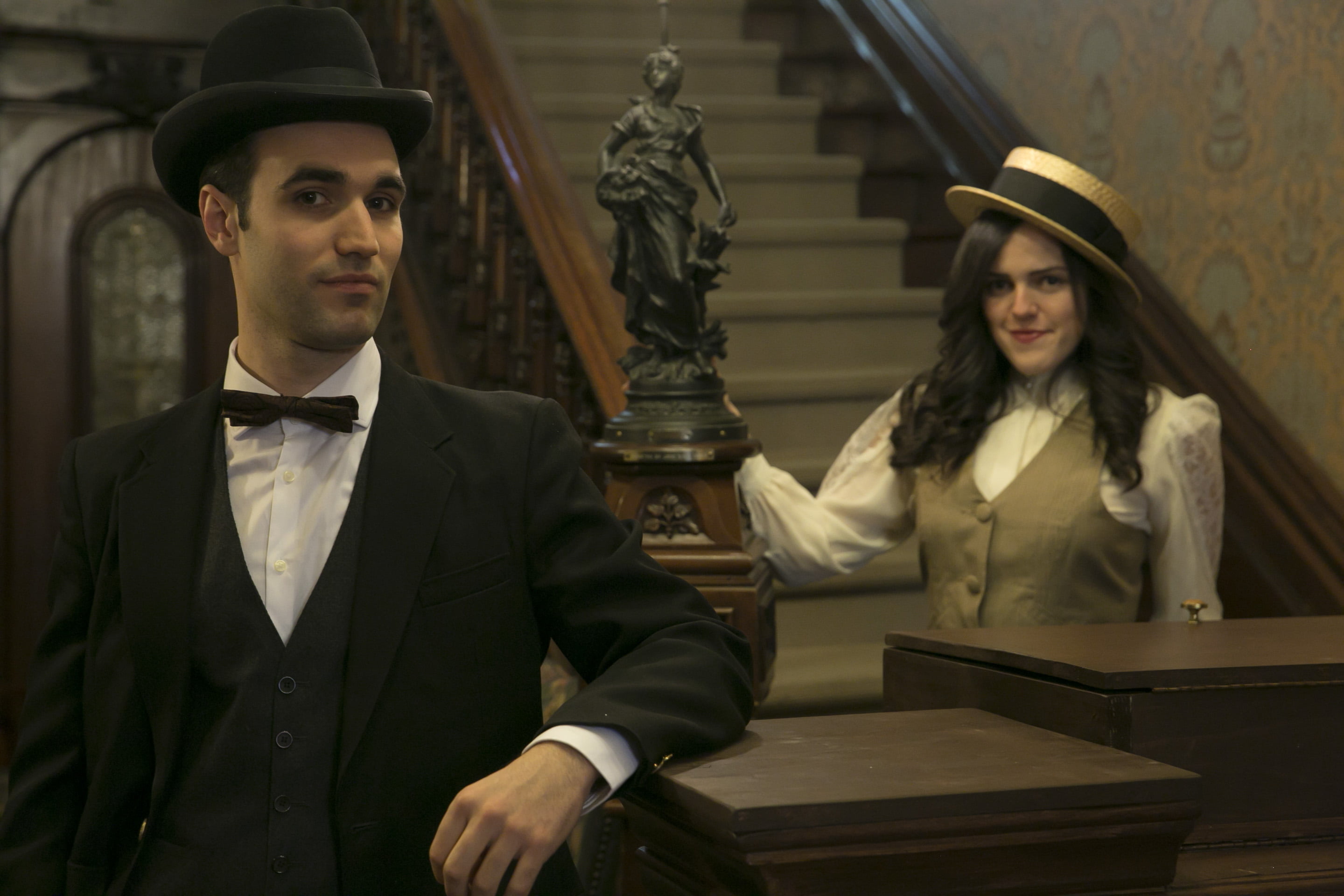 Until very recently I had never participated in or experienced one of those roll playing games–the escape rooms–not because I am in any way adverse to them, I just simply haven’t. My first experience at such a game was the brand new evolution in the format based on the highly successful TV detective series Murdoch Mysteries—The Secret of Station House No. 4: A Secret City Adventure–and I enjoyed the whole experience most mightily.

There are many things to praise about this experience and out of respect for the producers and actors I will not reveal any of the details of the actual game itself other than to say you are immersed in a murder mystery/kidnapping that you must solve while locked in two wonderfully dressed rooms that are authentic to the early 1900s period in almost every detail.

There are two actors with you playing police constables who help you with clues or to discuss case particulars–both actors are terrific and wear period clothing. Within seconds of the commencement of the game you forget they are actors and just see them as cops helping you because they know more about this stuff than you do.

Solving the case is fairly complicated and you really do have to work with your fellow participants in familiarizing yourself very quickly with this early 1900s world and you really have to think your way hard through each step–on top of all this you are racing the clock in that the kidnap victim, Constable William Murdoch himself, is being held somewhere in old Toronto and you have only an hour or so to solve the case and get the information to the cops in the field so Murdoch can be rescued.

I was lucky enough to be working with Maureen Jennings as one of my fellow investigators–lucky because Ms. Jennings is the author of seven Murdoch Mysteries novels (she was a special guest–not a regular part of escape room) and yes, we were able to assemble the clues, read the signs, decipher the puzzles, and see to it that William Murdoch was freed. It was a most rewarding feeling to know we had successfully navigated all these complications as investigators–not so much that I wanted to run down to 51 Division and urge them to take me on–but rewarding nonetheless.

Part of what makes this particular experience so much fun is the location–the historic George Brown House (186 Beverley St., named for George Brown, one of the founding fathers of Confederation and founder of the Globe and Mail newspaper) located a couple blocks north of the Art Gallery of Ontario. This magnificent mansion has been painstakingly preserved in all its regal splendor and the producers of this show have been just as careful in seeing that the beautiful rooms used are so fully convincing and authentic to the period that your imagination can slip into the game with ease as you are surrounded by only things, right down to the most minor of props, that would have been found in a station house and side-room in the early 1900s.

The Secret of Station House No. 4 is a highly recommended evening of fun if you are a bit tired of the 3-D, Real-D, 4HD, Virtual Reality entertainment world–this game allows you to physically enter a very interesting world and use your head, your imagination, your powers of deduction while interacting socially with other players, and in this case it is all played out in splendid and very interesting setting. It also needs to be said that you don’t need to be a huge fan of Murdoch Mysteries to enjoy this experience thoroughly, but it adds a lot to the experience.

Tickets for The Secret of Station House No. 4 – A Secret City Adventure can be purchased at the Secret City Box Office (81 Huron St.) or online at secretcityadventures.com/murdoch. 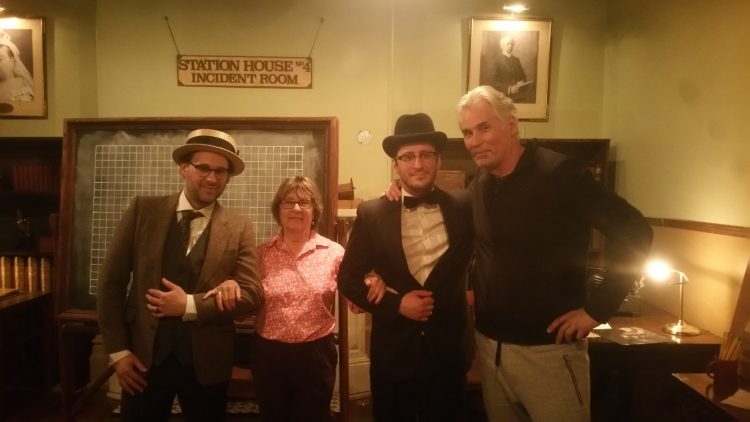 Christopher Heard and The Secret of Station House No. 4