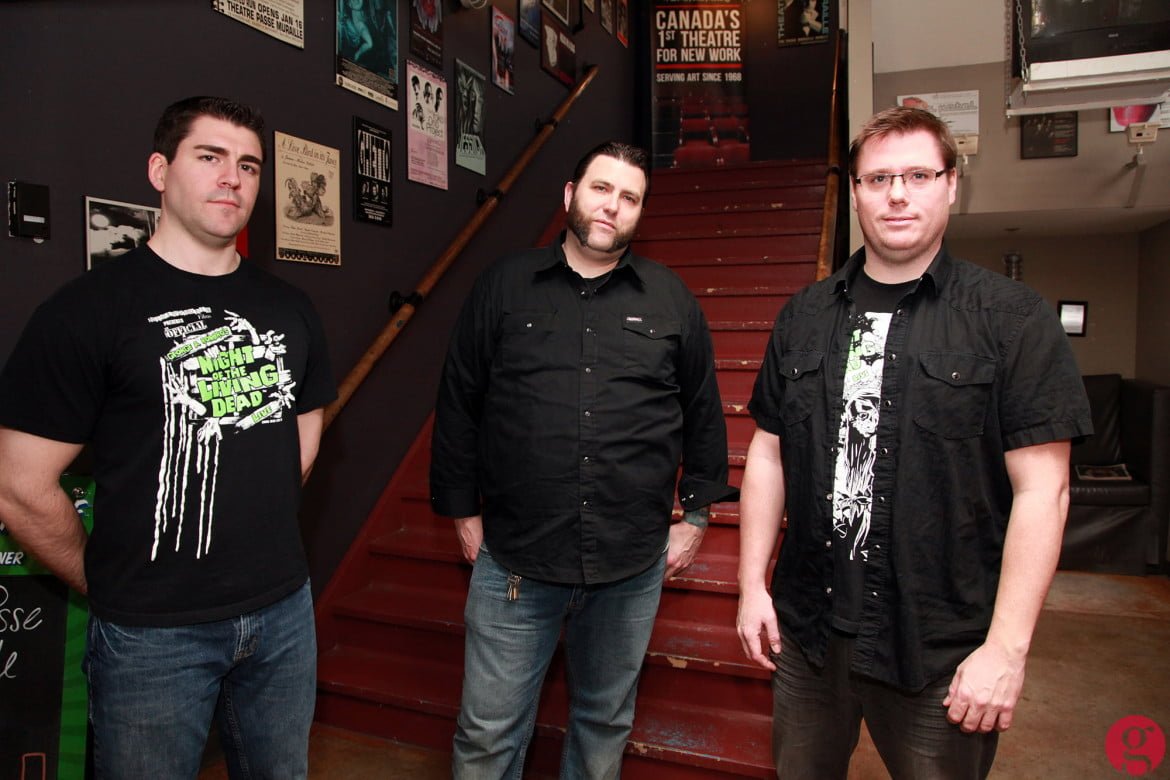 In 1968, director George A. Romero, the “Godfather of Zombies”, brought a new kind of monster to the realm of horror. The zombies, or ghouls, in Night of the Living Dead, were fresh–or as fresh as dead bodies can get–and his unique take on them helped spawn a whole new genre of horror: the splatter film.

Filmed in black and white, which made the whole film all the creepier, Night of the Living Dead has influenced numerous directors since then, and that latest influence has spread all the way to the stage as three filmmakers bring their vision of the pivotal horror film to audiences in Toronto.

Night of the Living Dead Live, which has received the blessing of the film’s original creators, debuts at the Theatre Passe Muraille on April 26, and will run until May 19, with previews happening on April 23 to 25.

The interactive stage production, which will be presented entirely in black and white–just like the film–is the brainchild of co-creators and producers Christopher Harrison and Phil Pattison, and their production company, Nictophobia Films, along with producer Marty Birthelmer. Best of all though, it’s being executive produced by George A. Romero himself, with Russ Streiner, and John A. Russo, and the show is being directed by Christopher Bond, who also directed Evil Dead, The Musical.

Earlier this week I had the opportunity to interview the three producers to find out about their vision for bringing the dead to stage, the challenges they faced in adapting the much-loved horror film, and to find out why they think zombies are so popular right now. Watch the video below, and check back for more from Night of the Living Dead Live in April.

Watch the official trailer for Night of the Living Dead Live: