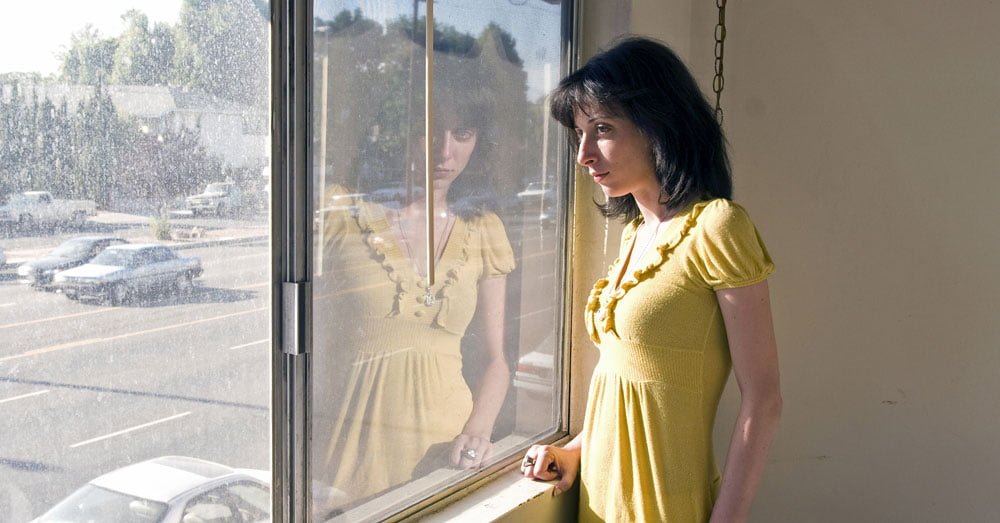 In the spring of 2004, 21-year-old Lara Roxx left her hometown of Montreal and headed to L.A to try to make tons of cash in the adult entertainment industry. Within two months of working in this industry she contracted the most virulent form of HIV while performing sex in front of the camera. Inside Lara Roxx, a documentary premiering at this year’s Hot Docs film festival in Toronto, is about the adult movie industry and its impact on a young life. Lara Roxx has been irrevocably changed by her work in porn, and her story created a media sensation (most notably interviewed by Diane Sawyer on ABC), but it’s when the media hype died that Canadian director Mia Donovan took over and began her 5-year journey with Inside Lara Roxx, beginning in a Montreal psych ward.

Christine: What was it about Lara Roxx’s initial media attention that stuck in your brain and made you want to document her story?

Mia: “I remember when I first saw Lara on the local news I was struck by how naïve she was and how candidly she spoke to the newscaster. When he asked her how her recent diagnosis now affects her sex life she looked at him and said, ‘Honestly, I haven’t even masturbated since I found out.’ She didn’t say this for shock value she genuinely appeared to be looking to connect with someone. Watching this both saddened and angered me. I was sad for the fact that she had to suffer for the rest of her life because of one regrettable decision and I was angry because I suspected some porn ‘agent’ or pimp probably had some influence on her. She reminded me of so many 18, 19 or even 21-year-old girls I had met around the strip clubs in Montreal and a lot of these girls didn’t really understand how to say no to these agents or club owners who they felt they needed to impress. I remember thinking what happened to Lara could happen again to anyone one of these girls and these girls need to hear about this.”

Christine: In the film, you and Lara discuss whether or not you are true “friends.” Do you feel you became friends? How often do you and Lara keep in contact or see each other?

Mia: “I can honestly say that Lara and I have become close friends–she’s almost like a little sister. I jokingly call her my wild out-of-control-teen sister. We may live totally different lives but we do share a genuine bond. We speak on the phone at least once a week and see each other regularly.”

Christine: HIV/AIDS and STDs are discussed in the film as a hidden problem of the adult industry that no one talks about. Do you want this film to serve as a talking point for the industry? Or as a cautionary tale? A call to action? Or merely a look at one woman’s story?

Christine: The film talks a lot about how women performers are lied to or manipulated all the time in the adult industry. Do you think Lara falls into that category? Or did she know what she was going into?

Christine: Do you think the adult industry needs an overhaul in terms of safety?

Mia: “I am not against pornography because its so ingrained in our culture and I believe its here to stay. But I do believe it can be an extremely precarious world to be in, especially for young, impressionable women because these agents can just sniff the vulnerable ones out and they know exactly how to approach them. There is a lot a pressure for producer to deliver extreme hard-core footage and this pressure obviously gets transmitted on set to the girls.”