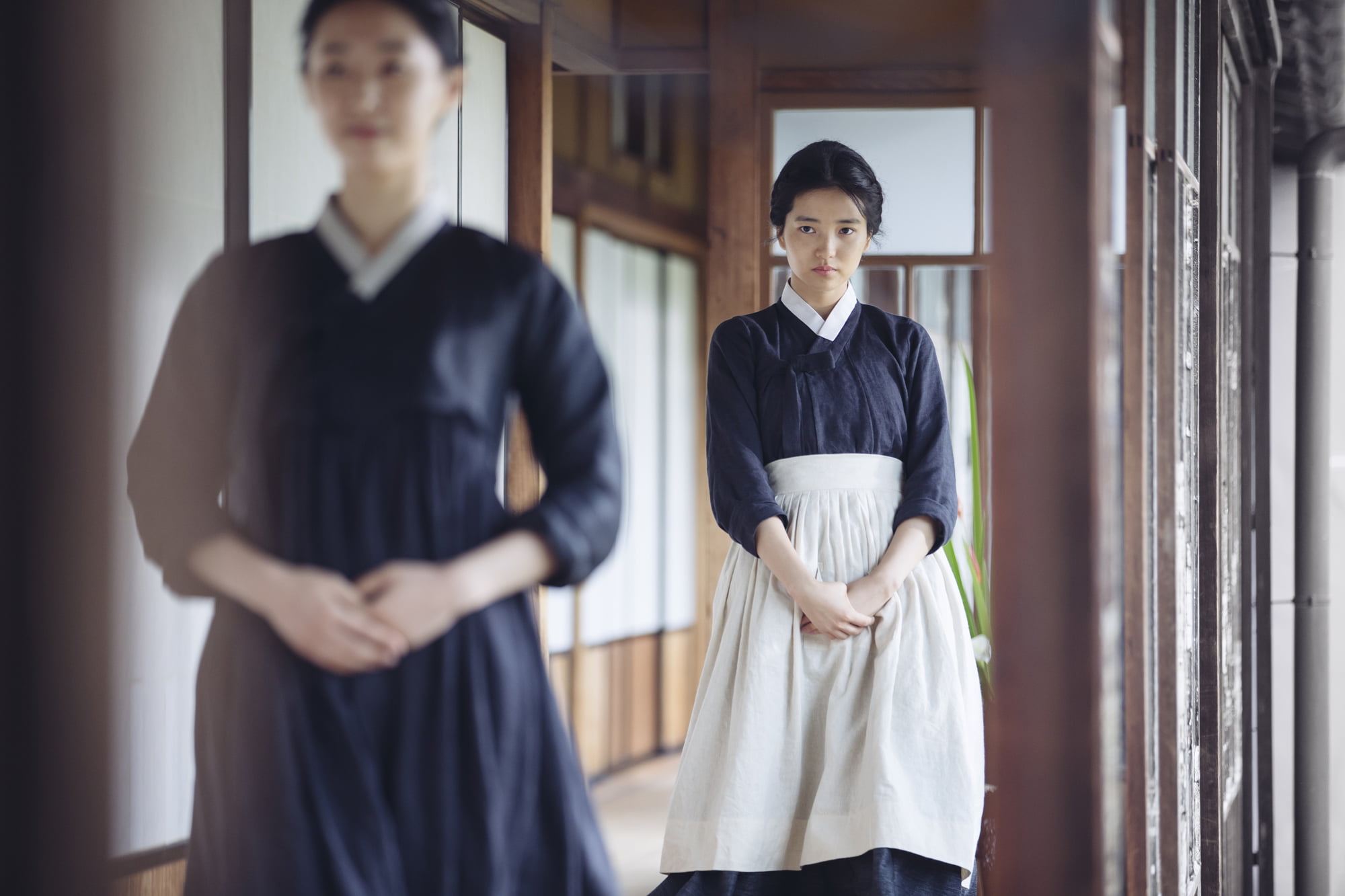 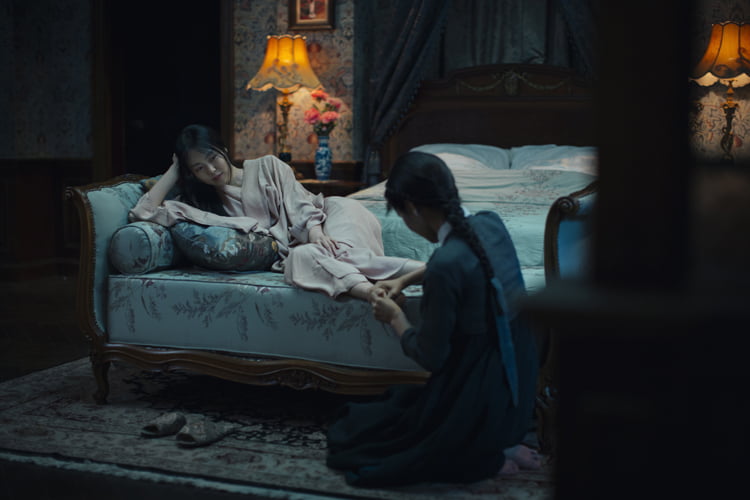 While many will undoubtedly herald the latest from Korean auteur Park Chan-wook (Oldboy, Stoker, Thirst) as another masterpiece from an admittedly great filmmaker, I remain unconvinced that The Handmaiden – an adaptation of Sarah Waters’ 2002 Victorian England set crime novel that’s been transplanted here to Korea under Japanese occupation – isn’t a case of a director’s fetishes getting in the way of telling a great story.

It’s a sumptuous looking, rigorously paced yarn that starts with Sookee (Kim Tae-ri), a female con artist, going undercover as the titular servant so her boss (Ha Jung-woo) can bed and betroth an heiress, Hideko (Kim Min-hee). The young heir has an arranged marriage to her lecherous, literally black tongued uncle (Cho Jin-woong), and it’s up to Sookee to sell Hideko on the virtues of her boss (posing as a Count). In the process, Sookee and Hideko begin to form physical, sexual, and emotional bonds that make the con-woman question the purpose of her job.

As with Chan-wook’s previous works there’s misdirection aplenty, nothing is what it seems, and The Handmaiden becomes a completely different film about 40 minutes into its 145 minute running time. Some of these twists are novel, but they get bogged down by sluggish pacing brought on Chan-wook’s inability to stop fetishizing his own material and characters. He wants the audience to know that he’s made a work about good and bad people equally stuck in a classical minded dirty bit of erotica, which would be fine if he could stay on point and not get distracted. By the third time someone reads aloud passages from erotic texts, I got the idea and started to get deathly bored with the film’s lack of progression or escalation since everything from that point onward is a fairly obvious march to an obvious conclusion.

The film on its own has enough intriguing atmosphere, great performances, production design, and style to recommend it on the whole, but The Handmaiden constantly flirts with being too much of a good thing. 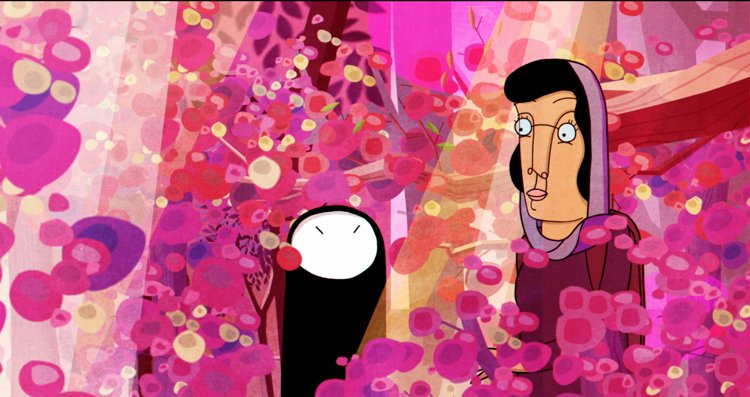 One of the biggest and warmest delights at this year’s festival is this animated tale of poetry, identity, and family from filmmaker Ann Marie Fleming. Packed with big laughs and a remarkable amount of nuance and insight, Window Horses seems unassuming on its modest surface, but it’s definitely a must-see.

Vancouverite Rosie Ming (voiced by Sandra Oh) has never been to Paris, but she wrote an entire book of poetry about such lack of experience. The self-published tome (written largely in secret while working in the fast food industry) was enough to get her invited to a poetry conference in Shiraz, Iran. There are only two problems (other than knowing little about the culture): she doesn’t realize she’s participating in a performance based poetry slam, and her grandparents are upset about the trip because Iran is home to the father who seemingly abandoned Rosie’s family when she was a young child.

Window Horses gets a lot of mileage out of looking at subtle, realistic clashes between Chinese, Canadian, and Iranian mentalities and cultures, but also a lot out of its arm’s length look at the creative process and how people protect themselves from loss and abandonment. The animation is simplistic, but highly evocative, serving the story well and allowing for viewers to use their imaginations in time with Fleming’s well honed screenplay. The stacked voice cast doesn’t hurt, either, especially great turns from Don McKellar as an aloof, standoffish German poet and Shohreh Aghdashloo as a kindly Iranian mentor of sorts. Window Horses will leave viewers with huge smiles on their faces. 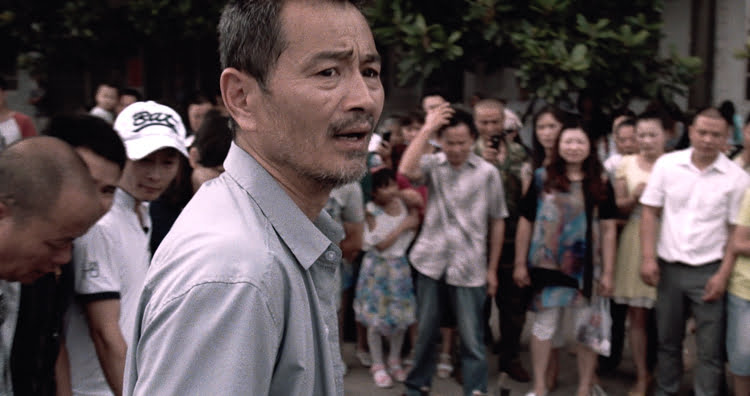 Chinese-Canadian filmmaker Johnny Ma makes his feature debut with Old Stone, a gut-wrenching look at how one man’s attempts to do what’s right end up ruining his life. It’s not an easy film to take, but definitely a stunning and gritty look at the kinds of bureaucracy and apathy that are quietly and insidiously bringing down modern society.

While dealing with a drunk and unruly passenger, family man and taxi driver Lao Shi (Chen Gang) accidentally hits a motorcyclist. With help slow to arrive, Lao Shi brings the injured man to the hospital himself, opening up a bureaucratic nightmare for the driver. The hospital and local authorities insist that he pay for the hospital stay of his victim (in advance of insurance taking care of things) or they’ll take the comatose man off life support. Similarly, the taxi company won’t help Lao Shi because he didn’t follow their insurance company’s accident protocol to the letter. The incident and financial burden places a massive strain on Lao Shi’s family and mental health, leading to the man forced into making decisions that are possible immoral or illegal.

Ma has crafted a masterful – and as it progresses, increasingly suspenseful – look at a world where it’s easier to kill someone instead of helping them to live. Utilizing gritty, but slick cinematography to capture the shallow, overcast look of a Chinese city, Ma has a firm handle on his film’s sense of identity, and his choice of leading man is perfect. What’s most terrifying about Old Stone, however, is that this story tragically feels like it could happen anywhere in the world with only slightly varying circumstances.

Old Stone is a film that will haunt viewers’ dreams for long after it ends.