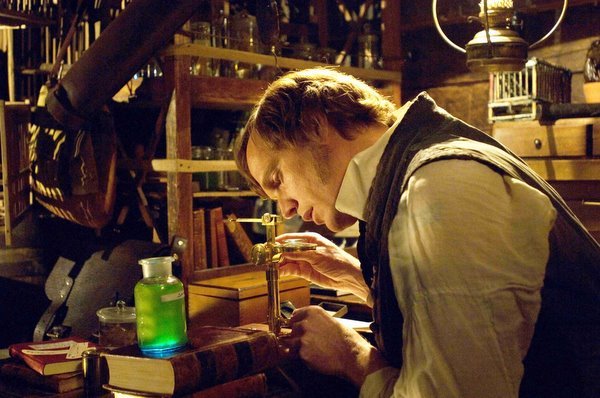 Early this week the Toronto International Film Festival announced details for some of this year’s gala and special presentations that will appear at the annual event in September. During the press conference, TIFF CEO and director Piers Handling, and festival co-director Cameron Bailey also revealed details for the opening night film, which ended up being a big surprise for long-time festival fans.

In what might be called an unusual choice, this year’s TIFF opening gala is not a Canadian feature film. For the 34th annual TIFF, the festival chose director Jon Amiel‘s Creation, a drama and psychological thriller that examines the life of Charles Darwin.

Paul Bettany stars as Charles Darwin, while Jennifer Connelly co-stars as Darwin’s wife, Emma, in a story that revolves around Darwin’s troubled relationship with his very religious wife. The story follows the turmoil in Darwin’s life as his relationship is strained with his wife when he begins to question the existence of God.

“The tension between faith and reason is prominent in contemporary culture and this intimate look at Darwin puts a human face on a man whose theory remains controversial to this day,” said Handling. “We are pleased to open the festival with such an impassioned look at Charles Darwin, especially on the year marking the 200th anniversary of his birth.”

Although Creation seems like a great choice for the festival, numerous Canadian media outlets have questioned the decision, which some suggest could put Canadian films on the figurative back burner. On the other hand, the decision also proves that the festival is open to changes, and in this case, could provide festival goers with a unique opening night.

The festival otherwise announced three gala films, including the world premier of director Aaron Schneider‘s Get Low; the Norwegian film, Max Manus; and festival circuit favorite, Precious: Based on the Novel Push by Sapphire.

A total of 19 special presentations were also announced, most notably:

The 2009 Toronto International Film Festival runs from September 10 to 19, and you can find out more information at www.tiff.net. Ticket packages are already on sale for Visa cardholders, and single tickets go on sale September 4.

The GATE will have ongoing coverage of the festival, including on August 4 when the festival reveals the selection of Canadian films.