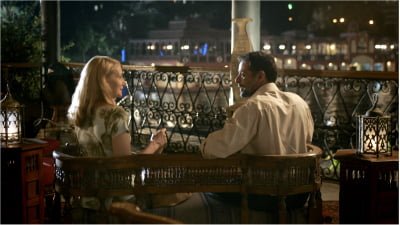 The Toronto International Film Festival is a tremendous annual event for a lot of different reasons, but one of the best parts of the festival is the chance to meet great Canadian filmmakers who often don’t get the attention they deserve.

At this year’s event, one of my highlights was the opportunity to interview writer and director Ruba Nadda, who was at the festival for her latest feature film, Cairo Time, which stars Patricia Clarkson and Alexander Siddig in a drama about a married woman who finds love with another man on vacation.

This was actually not my first interview with Nadda, a filmmaker I met over eight years ago when she was just beginning to make a name for herself with films like Damascus Nights, Slut, and Laila.

Sitting down with her at the restaurant in the Intercontinental hotel near Yorkville, I chatted with her about the filmmaking process, how she got her two stars involved, and generally what it feels like to bring her film to audiences after three years of work. Here’s what she had to say about her new film, which opens in Canada today, October 9.