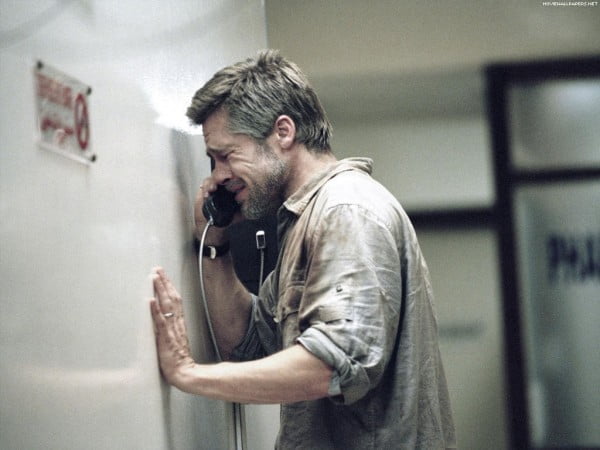 This shouldn’t come as much of a surprise to the people who attend every year, but it’s looking like yet another banner year for the 2006 Toronto International Film Festival which announced on Tuesday that it will host the North American premier of Alejandro González Iñárritu’s Babel.

What’s more, the film stars Brad Pitt and rumours suggest that he’ll be coming to Toronto for the event. “Weaving stories of four disparate groups of lost souls from three continents,” Babel also earned Iñárritu the Best Director award at Cannes earlier this year and promises to be one of the most hotly discussed films.

Other films that were announced include:

Shortbus (U.S.A.), director John Cameron Mitchell second feature following Hedwig and the Angry Inch, “which looks in on the lives and long-term relationships of two characters who, for very different reasons, decide to explore the sexual prospects of open marriage.”

The Wind That Shakes The Barley by (France/Ireland/UK/Italy/Spain/Germany) by director Ken Loach, which won the Palme d’Or at Cannes and “offers a portrayal of Ireland’s bid for independence and civil war in the 1920s.”

Bliss (China) by Sheng Zhimin, which delves into “one family’s struggle amidst death, heartache, secrets and lies.”

Ten Canoes (Australia), by Rolf de Heer, and in collaboration with Australian aboriginal communities, tells a “mythical story of a man in moral jeopardy.”

Once dubbed the “Festival of Festivals”, a kind of best of the best event that has since taken over Toronto every September, the festival is now considered one of the most important film festivals in the world. Second possibly only to Cannes, but considered the best platform for Oscar-worthy films hoping to generate buzz before the nomination process begins.

While numerous A-list stars and Hollywood films will descend on the city, along with industry buyers and media, the TIFF maintains an excellent mix of cinema from filmmakers from around the world, including a plethora of independent films.

The festival is also praised for its mix of public and industry screenings, and the access it gives people to celebrities, filmmakers, and industry representatives.

“Our primary allegiance at the Festival is to our loyal audiences,” says Noah Cowan, Festival Co-Director. “To that end, we select the very best films from key, primarily European, festivals which run before our own. We bring these films back to our continent for a ‘second unveiling.’ They are films that have moved us, by way of their beauty, originality and overall cinematic achievement.”

The 31st Toronto International Film Festival runs from September 7 to 16, 2006. Passes and coupon books go on sale for VISA cardholders on July 10 and you can get more information on the official website at www.bell.ca/filmfest. As always The GATE will have ongoing coverage of the festival in our feature coverage at www.thegate.ca/tiff.