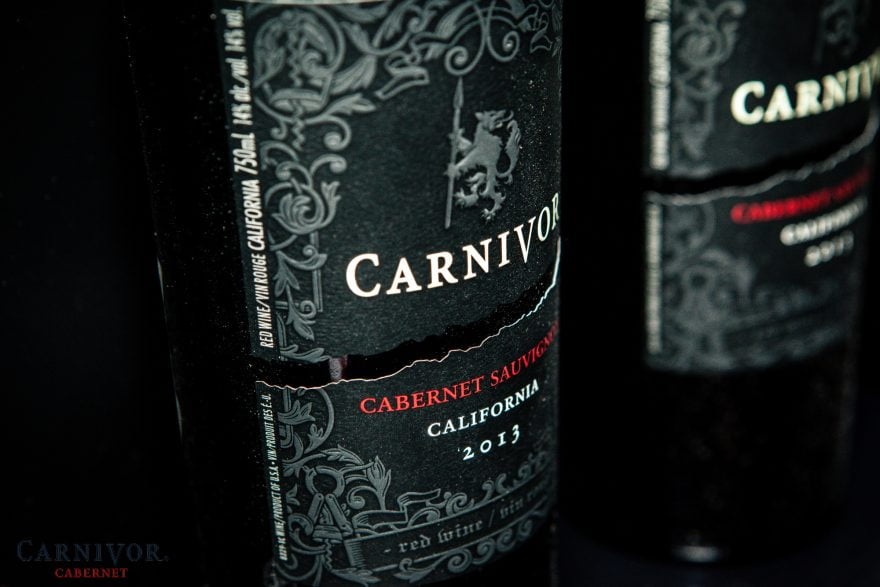 My favorite time of year is clearly here. Yes, it’s barbecue season, and this year I’ve been convinced that wine–and specifically Carnivor Cabernet–may not be a bad way to go in place of some of the more traditional summer patio drinks.

Don’t get me wrong, there’s always a place for beer and classics like Caesars, and martinis or cocktails, but after an evening of wine earlier this spring, I’m kind of shocked how well Carnivor Cabernet pairs with meats, and still happens to work as a drinking wine on its own.

The name pretty sums it all up too: Carnivor. This is a hearty, full-bodied red that is amazingly light–no joke–and dare I say, refreshing? It’s brimming with flavours like dried fruit and oak, with a texture that reminds me of mocha. The rich flavour is surprisingly velvety and smooth, and I could see myself pouring a glass one evening in front of the TV, or in the middle of the day while searing a good steak by the BBQ. It’s very diverse, even for a wine that was made to pair with meat.

Carnivor’s event at the start of spring was not what you’d picture for a wine tasting either. Shark Club Sports Bar played host to the dinner, with Ultimate Fighter Middleweight Champion Elias “The Spartan” Theodorou in attendance to chat and hang out with fans. There was even a “Mancave” with a big-screen TV and gaming going on, with Theodorou happy to meet and greet with anyone who came by.

But the wine, and the paired food, was undoubtedly the main attraction. Every course featured meat, to one degree or another, and all of it–including the dessert–went with the wine.

First there was a seared sirloin salad with beef barley soup on the side. That was followed by a tasting platter for two that included chicken breast, chicken wings, steak, and sausage (it was probably enough meat for three or four, mind you). And to finish it all off, they served us chocolate mousse topped with ghost pepper whipped cream and a piece of candied bacon.

The entire meal was a treat, but the wine really felt like the star of the night, so I was especially happy to take a bottle home with me.

I would happily recommend the wine to anyone who enjoys a good, solid red, but I think Carnivor Cabernet will surprise a lot of people once they try it. It’s wonderfully balanced, and the price is right too. Carnivor Cabernet 2013, which is a Cabernet Sauvignon, is on store shelves now for $16.95.