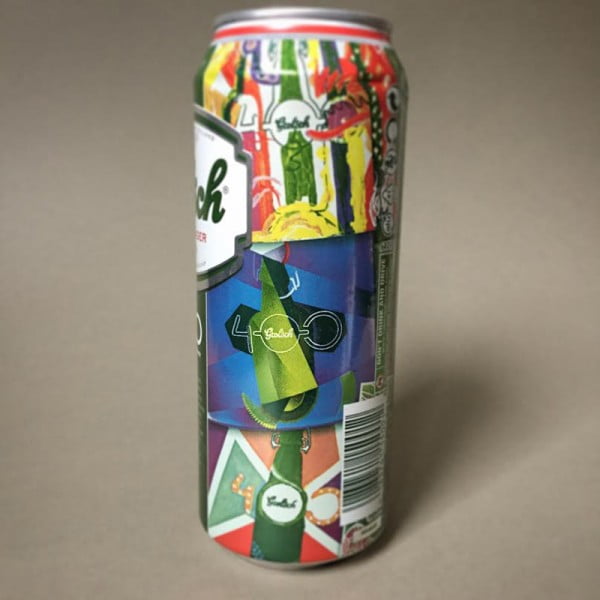 Grolsch’s ever-iconic swingtop bottle was immortalized earlier this year when the company celebrated their 400th anniversary with a huge artist competition in Amsterdam. With 400 artists from around the world competing, they had to bring their own style to the Grolsch design, and Canadian illustrator Dave Murray was one of only 9 works that ended up being selected for a special honour.

“Dave Murray, the Canadian illustrator known for mapping Toronto in word bubbles, was selected to represent Canada and to create his interpretation of Grolsch,” the company announced. “Using his love of cubism in his art, Murray’s piece was chosen as one of only nine works of art featured on the brand’s limited edition anniversary bottles and cans, which hit Canadian shelves earlier this year.”

As Murray says in the video, “My work tends to be colourful, angular. It comes out of an interest in, I guess, futurism and cubism, and mostly me just playing around until I found something that seemed very fluid to me. Almost like learning a language.”

“I kind of want to interpret the bottle as the hero,” Murray said.

Watch the video feature on Murray below, plus highlights from the event. You can also find out more about the artists and their art at canvas.grolsch.com.

Watch highlights from the event: