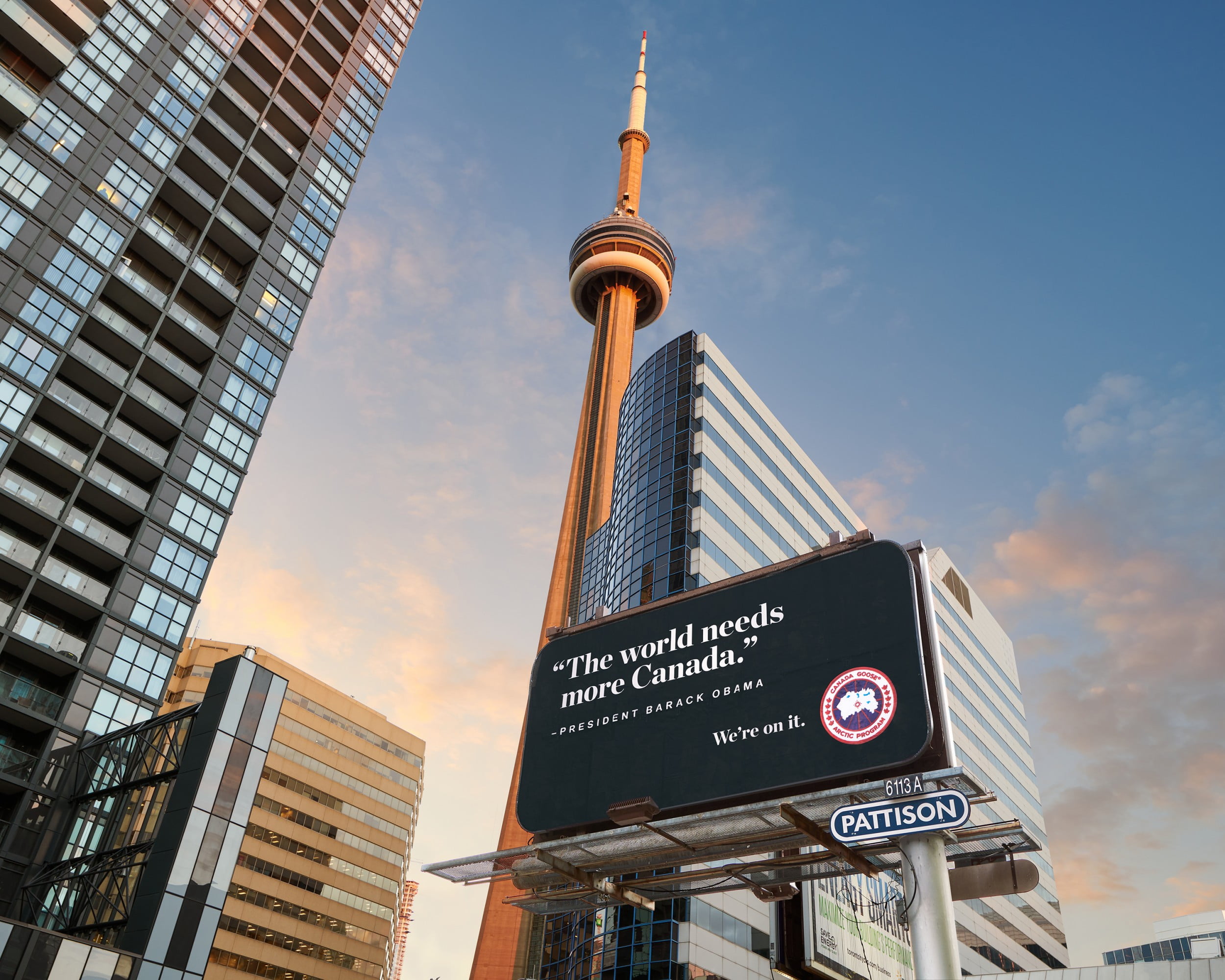 Former United States president Barack Obama is in Toronto today to speak at an event for Canada 2020, and to welcome him back to the country, Canada Goose took out billboard space to get a message to the iconic gentleman.

Below, they attribute the quote to President Barack Obama, and include their slogan “We’re on it.”

President Obama will also receive a special gift from Canada Goose while he’s in Toronto–the company has made a one-of-a-kind Canada Coat embroidered with “44” to honour the 44th President of the United States of America.

Canada Goose CEO Dani Reiss will introduce President Obama at the Canada 2020 event today. Aside from the charming gift, the billboard quoting president Obama is aimed at celebrating Canada’s Goose’s commitment to bringing Canada to the rest of the world. 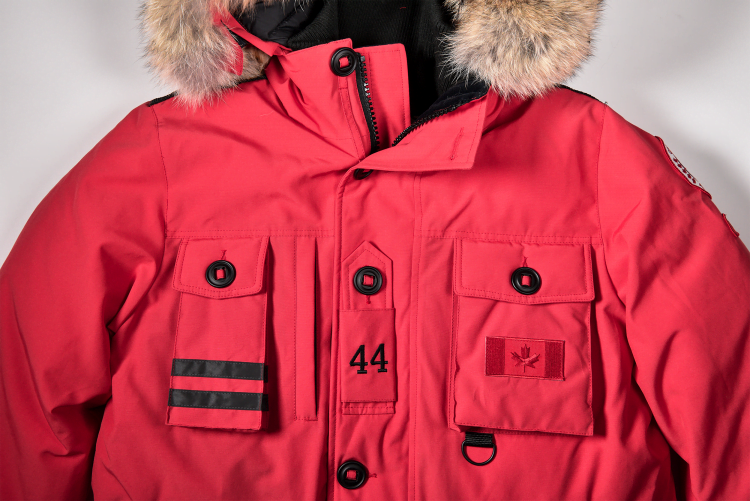