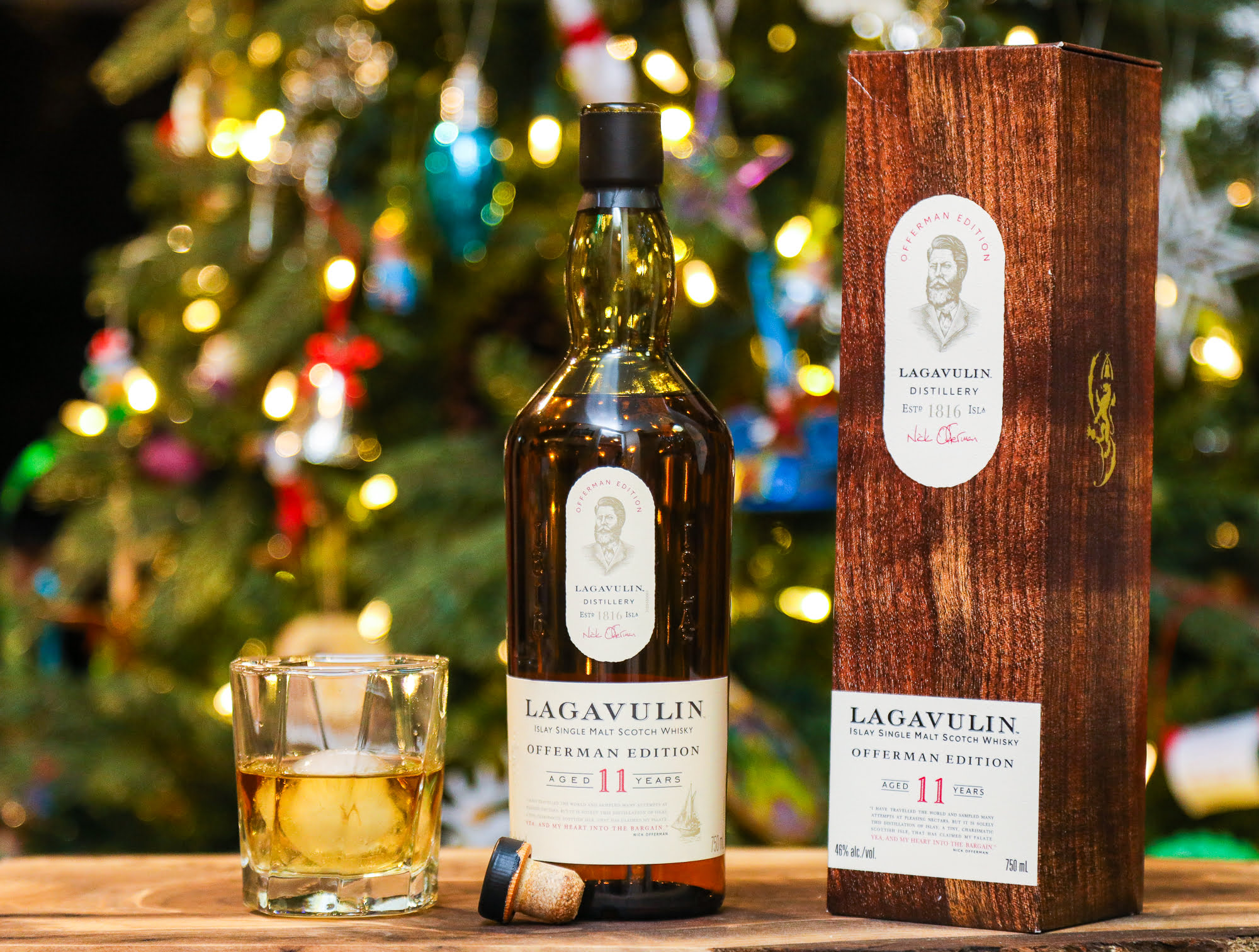 Is Nick Offerman a genius? Perhaps. He says he single-handedly created a brand new Scotch this year, but since it’s called Lagavulin Offerman Edition 11 Year Old single malt Scotch whisky, it’s probably safe to say Lagavulin had something to do with the delicious new expression too.

Developed with the hilarious Parks and Recreation star, Lagavulin released the new expression just in time for the holidays, and it’s a brisk, sweet, and peaty-floral whisky that you expect from an Islay Scotch.

Whether you’re a whisky lover, or trying something new, Offerman Edition 11 Year Old is a delicious new treat from Lagavulin, and it makes the perfect drink to toast in the New Year, or to enjoy on a cold winter night. The peppery, sweet Scotch is dignified, delightful, and it pairs beautifully with chocolate, cheese, or perhaps a nice steak dinner.

On the nose, the whisky is at first fresh and mildly fruity, and on the tongue it’s immediately sweet, crisp, and then lingering into smoke and peat. It’s wonderful neat, but I also like how much sweeter it tastes with an ice cube or a drop of water to open it up.

“I have spent countless hours parsing the alchemy for a new, limited-edition whisky with Lagavulin Distillery Manager Colin Gordon,” Offerman said. “Together, we have concocted a most edifying nectar,” adding that he’s “giggling with delight at the notion of people enjoying this limited-edition Scotch.”

With the new whisky, Offerman has also released four new videos in his My Tales of Whisky series, including the very funny “The Whisky”, showing the evolution of how he–with tongue firmly planted in cheek–discovered and developed whisky over the ages.

Lagavulin Offerman Edition Aged 11 Years whisky is available at the LCBO for $119.95–get it before it’s gone, and find more details at malts.com.

Need a festive Yule Log to celebrate the season? Bask in the glory of Nick Offerman’s Yule Log below:

Champion The Truth with Canada’s News Media and...