Dontnod Entertainment’s episodic Life Is Strange was released as a complete collector’s edition in January. Given the timing of the re-release, I thought it would be a good excuse for my first article here at The GATE to be my thoughts on one of the best games of 2015.

I worked my way through Life Is Strange a few nights at a time, throughout the fall of last year. You play as Max, a teenage girl suddenly imbued with time-manipulation powers. You use these abilities to rewind time a few minutes. The game uses this trick to great effect, allowing you to redo conversations, move objects around (things Max keeps on her person stay with her during rewinds) and generally keep two steps ahead of everything around you.

Max is joined by her best friend and partner-in-time Chloe, who find themselves solving the mystery of the missing Rachel Amber. It is the relationship between these two women that drove me to continue playing.

The game presents you with small situations and choices on such a simple scale, that each interaction with the residents of Arcadia Bay carries real weight. You don’t face an army on a battlefield; you stand beside your best friend as she argues with her step dad. You don’t build a criminal empire; you break into the school to look at the principal’s e-mails. Instead of saving the world, you’re just trying to reconnect with someone you’ve not spoken to in years.

In chapter two, the game takes away your ability to rewind time, and forces you into the moment. Max is unable to take back what she says, as you attempt to talk someone down from a ledge. It’s twists on gameplay you’ve become comfortable with like this, that builds the strongest parts of the Life Is Strange’s narrative. Chapter three introduces a new ability that literally changes the world around you, leading to one of the most challenging moments I’ve had to face in a game. Not due to gameplay difficulty, but because the choice before me was overwhelming. Like much of Max’s story, it isn’t about right or wrong decisions, but how the choices you make can impact everyone else. 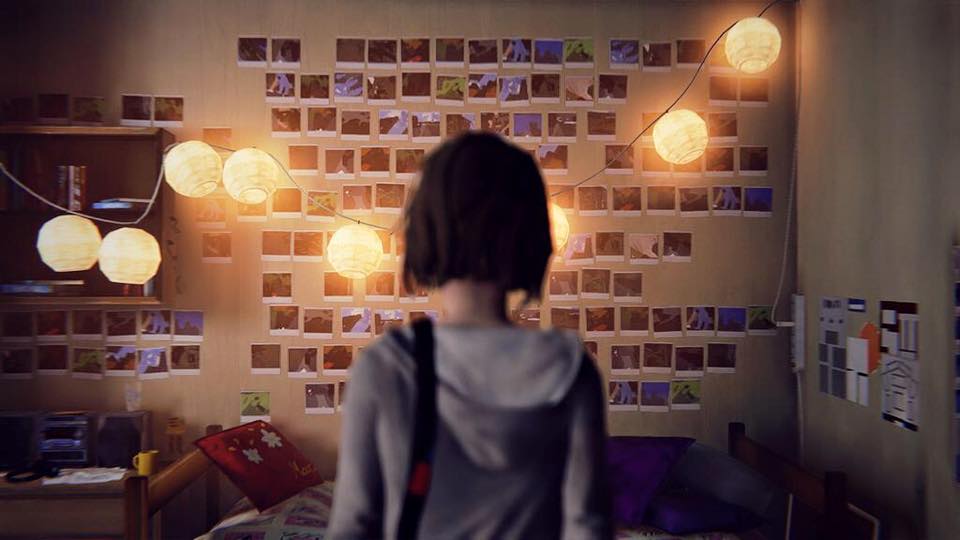 I was so invested in these fictional characters, fake lives of people who could undo a choice, that a choice that can be undone at the touch of a button gave me pause. I put down the controller to think about what I should do, even knowing that it could be reversed. By the end of chapter five, my bond with Max, and Chloe, was such that there was no hesitation when faced with a similar decision. There was no hesitation, I knew what I, and Max, wanted to do.

That final chapter worked so well, taking you through multiple timelines, and presenting you with a perspective on Max I hadn’t considered up to that point. It had me reflecting on the time spent in Arcadia Bay up to that point. It shook me a little. Life Is Strange is charming, funny, and occasionally, heartbreaking. It feels like a supernaturally-laced season of Gilmore Girls, and that is a very good thing.

Life Is Strange isn’t flawless. The writers needed about a chapter to find the character’s voices. There is a beautiful, oil-painting visual style, but very poor lip-synching and facial animation stands out in a game so focused on character. The soundtrack, however, included as part of the Collector’s Edition, is wonderful. On more than one occasion I launched the game, and left it on the main menu, letting the music play while I did chores.

The best parts of Life Is Strange can’t be discussed without ruining the surprise. The tableau sequence, the art gallery, and the darkroom were as memorable to me as anything from the latest season of Game of Thrones. And the watercooler moments are better, because what happened to me may have played out differently for you. I want everyone to play this game. I want people to talk to about the choices they made. I encourage you to spend the $40 on the experience. It’s cheaper than picking up a season of HBO TV on BluRay. And if nothing else, will lead to more interesting conversation.