I don’t play sports games very often. I played a lot of NHL 94 on the Genesis, and NFL 2K on the Dreamcast. The last sports game I had spent any real time on was 3 on 3 NHL Arcade for the Xbox 360, and that came out more than 7 years ago. These games captured the feeling of participating in their real-life counterparts, and they were exciting to compete against friends. But I hadn’t found anything like them in a good long stretch.

However, I was completely taken by EA Sports UFC, which released in June 2014. EA released a demo version, featuring two of their biggest heavyweight stars, Alex Gustaffsen, and my then-favorite fighter, Jon “Bones” Jones. I played those trial version against the person who introduced me to UFC, and we played match after match, with knockout after knockout.

I learned how the game’s convoluted submission system worked, and when it released, I purchased it. I played through EA Sports UFC‘s career mode twice, with two different fighters. I used EA’s GameFace technology for the second, to make him look like Nicolas Cage. I  even set up a tournament with a number of friends, with a trophy that we bought from the dollar store, which still sits on a shelf in my living room.

Recently, EA Sports UFC 2 released, and I was very excited to jump back into the octagon. It has the same incredibly detailed graphics, and vicious, smooth animation. The grappling and submission systems have been refined. Nicolas Cage was back, too! 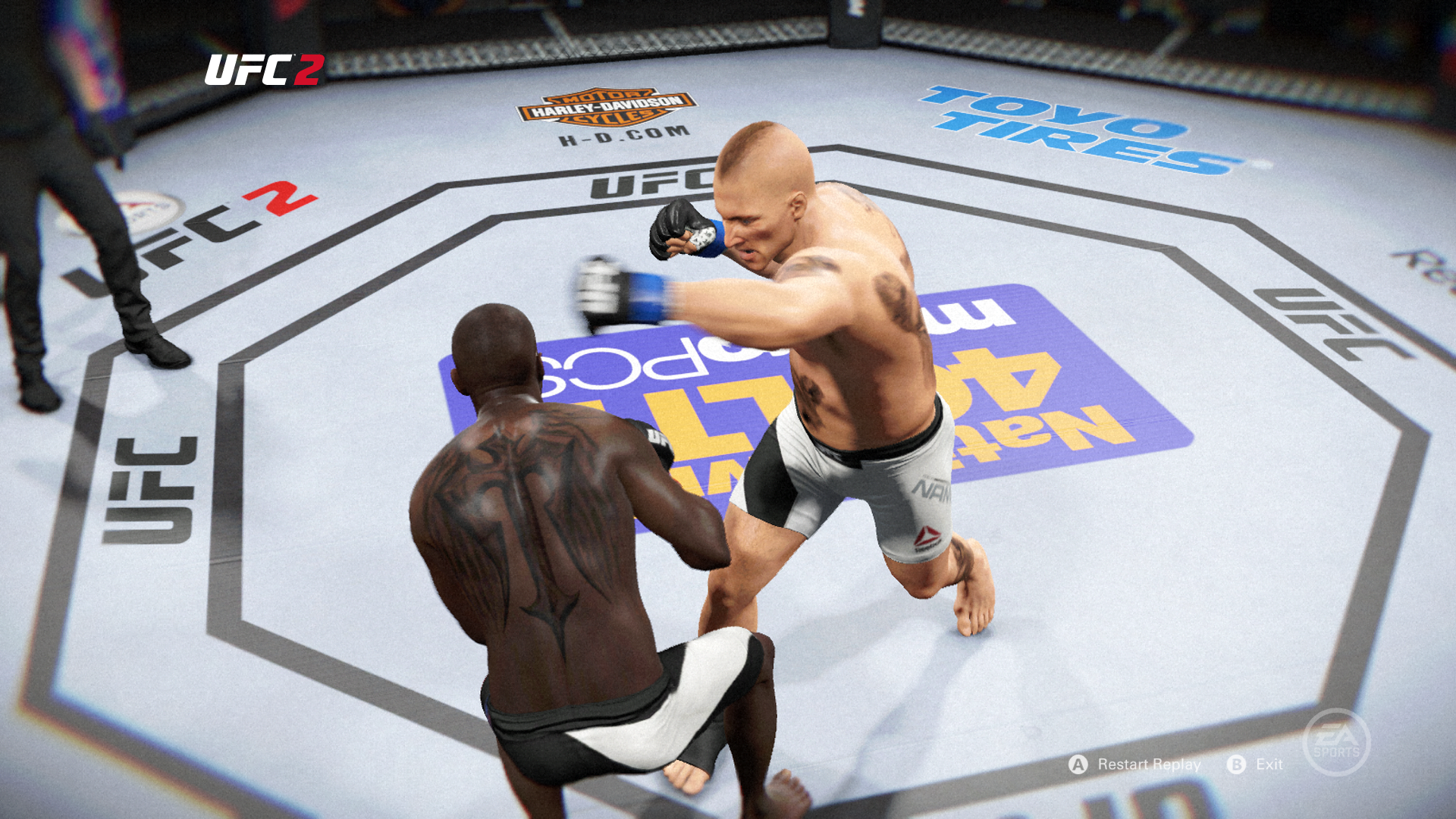 However, the careful and deliberate combination of striking, dodging, and positioning was replaced by just punching. Nicholas Name (Cage was not an option so I stuck with the default) has won 9 fights by knockout. He has thrown over 400 punches, more than 350 of which were aimed at the head of his opponent, and never attempted a takedown. If he does get taken to the ground, he works to get back up quickly, and that is a matter of me just holding the right thumbstick in a direction for about six seconds. Occasionally, he will block, but not often. One time, he tried a kick.

I don’t care about training, or learning the intricacies this time, and I only ever bother to boost his punching, because it works pretty well. I don’t get tense, or worried, I just punch and punch until the other guy falls down. Then I wait for the overlong loading screens to get me to the next fight.

In the original game, there were edited video packages to introduce the various elements of the game, and the UFC as a sport. Real-life fighters sat in front of a camera and filmed segments offering your fighter greetings, congratulations, and challenges.

This time around, a text notice will pop up to let you know that the cable guy was late, so you won’t get to do training in between these fights. This flavor text is an inexpensive replacement for all those videos, but I don’t remember seeing the same fighter clip in my playthroughs of the first EA Sports UFC. In the sequel, I saw that note about the cable guy twice, just two fights apart. And I don’t know where I am in the standings, or how my next fight will help me progress.

EA Sports UFC 2 lacks the presentation that held my interest the first time around. It did not do enough to move the game forward to balance out the things that are a step backward. I don’t feel like a fighter, I’m not participating in a sport, I’m just pressing the punch button in a videogame. 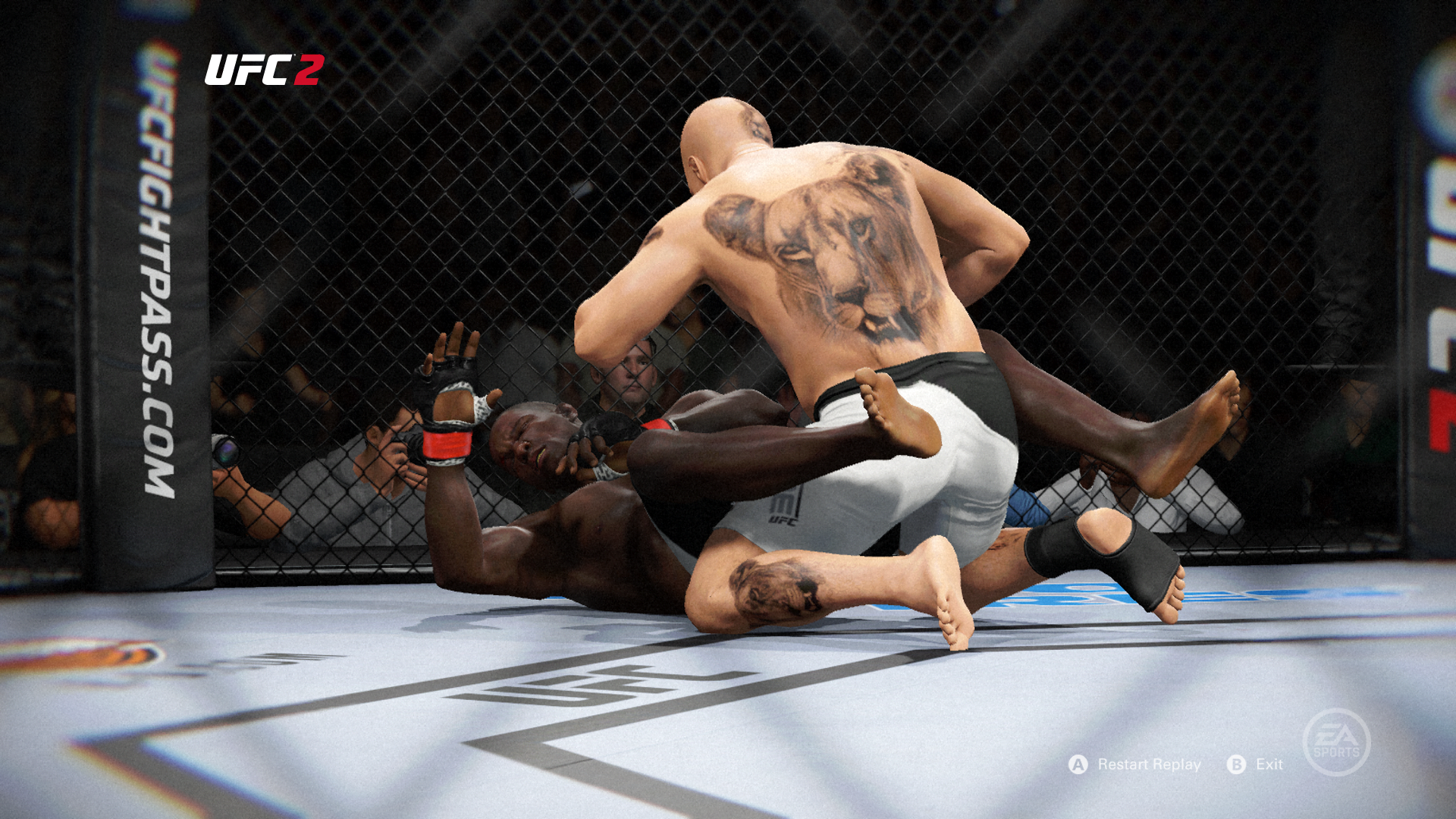 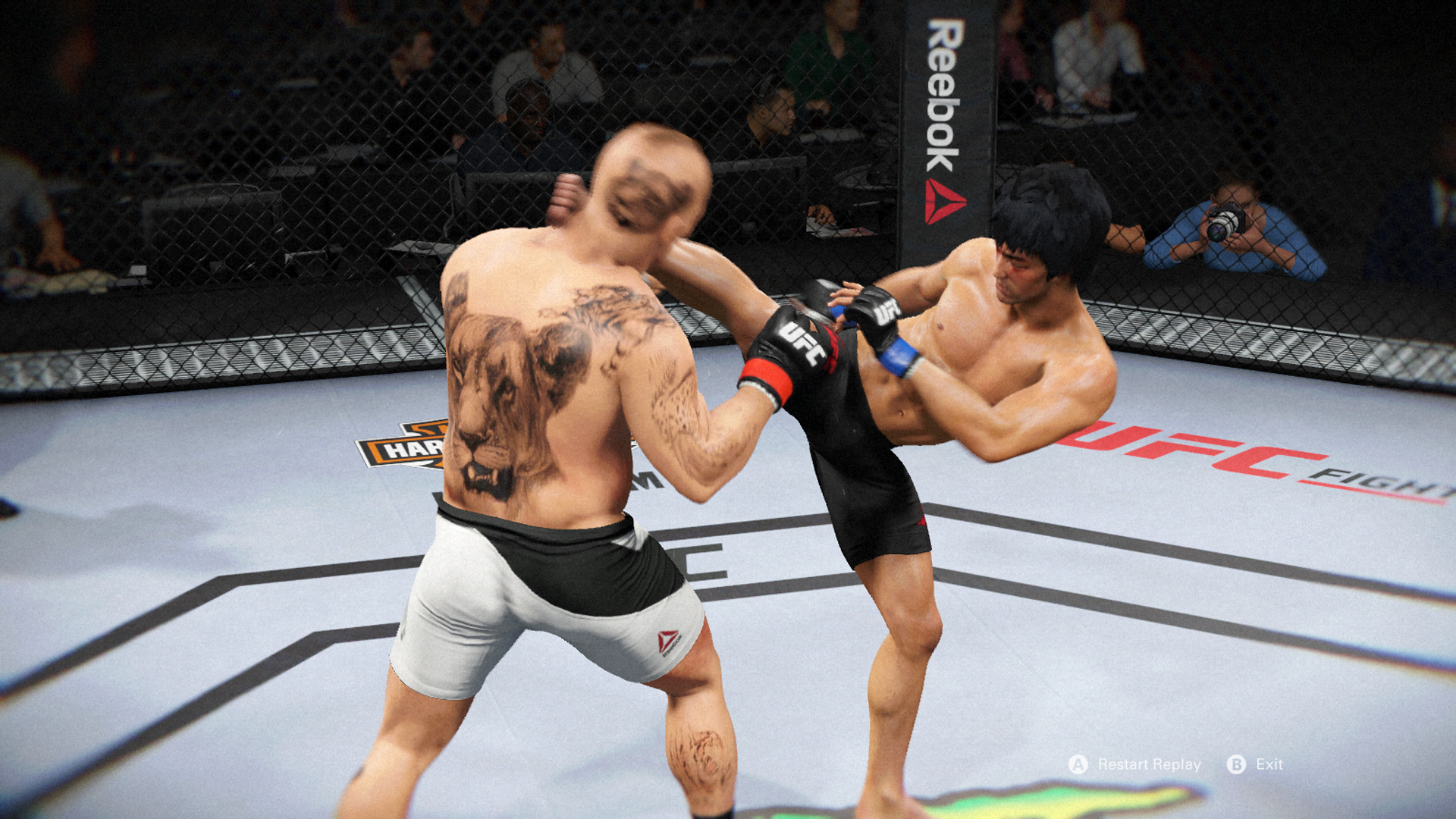