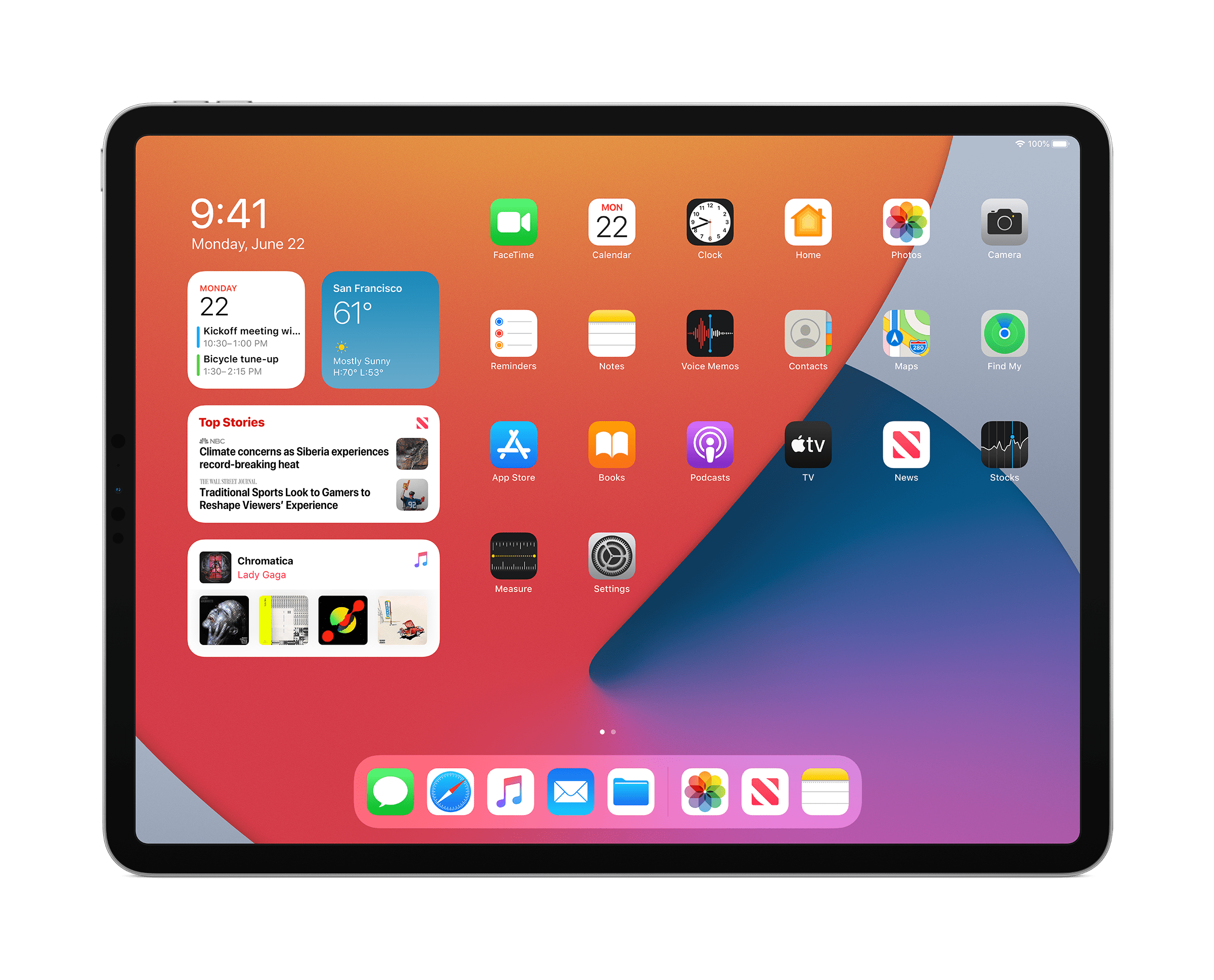 While the format may have changed, there was a lot of news, and Apple revealed that public beta access for the OS versions will be available starting in July, with the update arriving in the fall.

Tim Cook opened the event by talking about Apple’s commitment to Black Lives Matter, and their Racial Equity and Justice Initiative that will provide $100 million to support communities of colour through education and criminal justice. He also noted that Apple is working on a new program to provide training to Black developers, while also hiring more members of the Black community.

“Our mission has always been to make the world a better place,” Cook said. “And we’re committed to being a force for change.”

Looking at the updates coming this year, the big news was that iOS 14 will embrace resizable widgets to allow customization of the iPhone Home Screen like never before.

Widgets will offer information at a glance, and users will be able to create a Smart Stack of them with built-in on-device intelligence to bring the right widget to surface “based on time, location, and activity.”

Want an iTunes widget that fills the bottom half of your screen? Or maybe a block for weather with icons around it? The update will give users a lot more control, with more information.

The update also includes a cleaner way of dealing with apps through the App Library and intelligent category-driven groupings of apps.

And Siri gets an update too with a new compact design that appears on top of other apps or screen, rather than a separate full-screen display, letting you use Siri while you’re looking at other information. This change will also be mirrored in iPadOS 14, along with similar changes to Facetime, and Search.

Apple has also announced digital car keys for iOS, that let users unlock or start their car, or share the keys with other users through an iPhone or Apple Watch.

For a full preview of iOS 14 visit Apple.com.

iPadOS 14 adjusts the sizing of apps to better use the large display, so FaceTime, Siri, and Search will offer new compact designs. Sidebars and toolbars will also consolidate user controls and make everything more streamlined.

Apple Pencil also gets an update, allowing users to write into text fields, thanks to Scribble for iPad, which will convert handwriting to typed text. That feature will work in a number of apps for writing numbers and text.

For the Apple Watch, watchOS 7 is all about personalization and sharing, allowing users to share watch faces through Messages or Mail, not to mention being able to find new designs on websites, social media, or the App Store. Developers will also be able to add multiple complications to a single watch face, to give users even more information.

For Sleep, Apple Watch will be able to intelligently capture details of a user’s sleep quality, with visualizations to show periods of sleep and wakefulness, as well as a chart for their weekly sleep trend.

A silent haptic alarm or sounds will also help wake users, and the Watch will remind users that it’s time to charge the device before bed, if it won’t last through the night.

Finally, for Mac, macOS Big Sur is a redesign that will pack new features into Safari, Messages, and Maps, similar to some of the changes noted above.

For all of the news and announcements, watch the presentation.