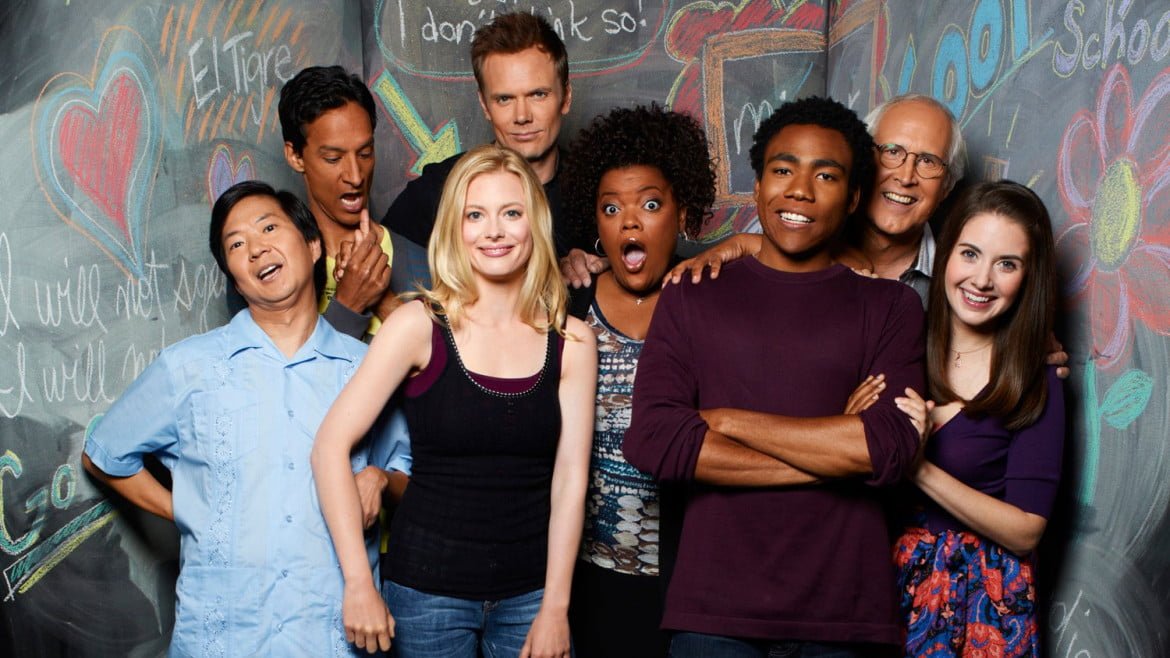 Community fans have one mantra when it comes to their favorite show: “Six seasons and a movie!” That tagline has been tweeted, blogged and yelled almost constantly since fans claimed it as their own to pay tribute to Community, one of the most tongue-in-cheek comedies on television that also has some of the most fervent fans around.

Now in its fourth season, Community‘s charm comes from the fact that it’s clever, smart, and fresh, but also because it’s entirely off-beat, thanks largely to creator and former showrunner Dan Harmon. While Harmon may not be with the show any more, Community is still very much his show, but the series would also be nothing without its nine key stars, which includes Danny Pudi as Abed and Alison Brie as Annie.

During a visit to Toronto last week, Pudi and Brie sat down for interviews about the latest season of Community, and it became instantly obvious during my chat with them that the cast’s antics on screen may not be all that different from the antics off the screen. Pudi and Brie burst into song, old routines, and in-jokes while they also talked about their experiences on set, how the series has changed, and some of what fans can expect throughout the rest of the season.

As a fan of Community, it was a lot of fun chatting with the two stars, and I can safely say that it was also one of the zaniest interviews I’ve ever had.

Watch the video interview with Danny Pudi and Alison Brie: