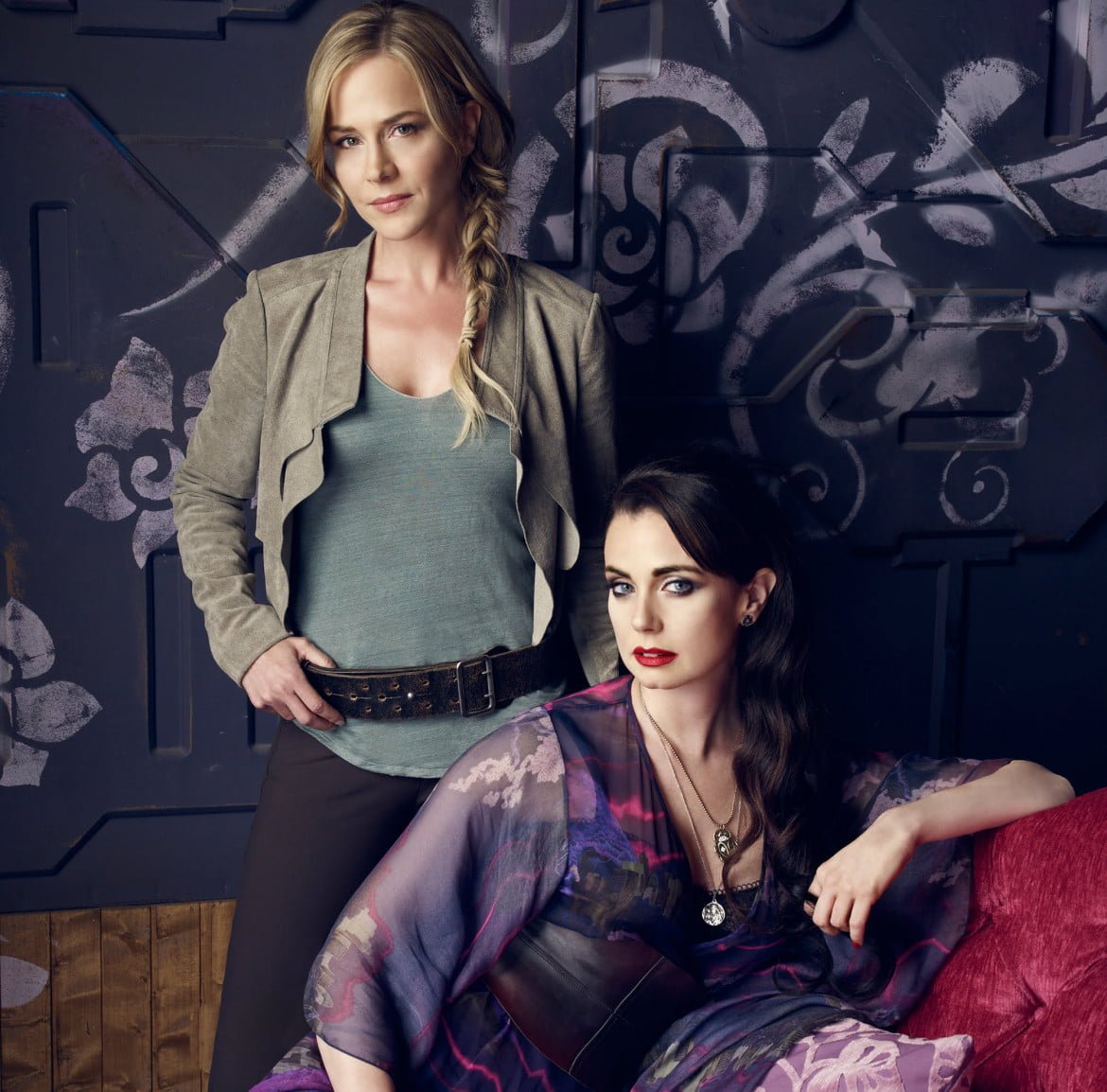 Welcome to Earth’s new wild frontier in Showcase and SyFy’s new series, Defiance, the futuristic, but very “wild west” drama set in 2046 as mankind faces life on a planet that seems barely recognizable.

The new series follows the town of Defiance, which is all that remains of the city of St. Louis after a group of alien races tried to settle our little blue planet. The ensuing war took a toll on both sides, but the damage was already done, and terraforming-gone-wrong has left Earth rough and ragged for both the aliens and the humans.

Defiance ties into a massive multiplayer video game, where some storylines also play out, but the series is really about the characters of the town, including Grant Bowler as Joshua Nolan, the town’s new lawkeeper; Julie Benz as Amanda Rosewater, the new mayor of the embattled town; and Mia Kirshner as Kenya, Amanda’s sister and the owner of a brothel and bar called Need/Want.

During a recent stop in Toronto to promote the new show, where Defiance is also filmed, Benz and Kirshner chatted with The GATE and revealed a bit about their characters, the show, and whether or not they’ve played the game yet. They also revealed a little into how the two actors imagine the relationship between the sisters.

Watch the video interview below, and then make sure to check out The GATE’s photo gallery from the set of Defiance. Plus, head over to our YouTube channel playlist to watch all of The GATE’s video coverage of Defiance.

Defiance airs Mondays at 10:00 PM (ET/PT) on Showcase in Canada.