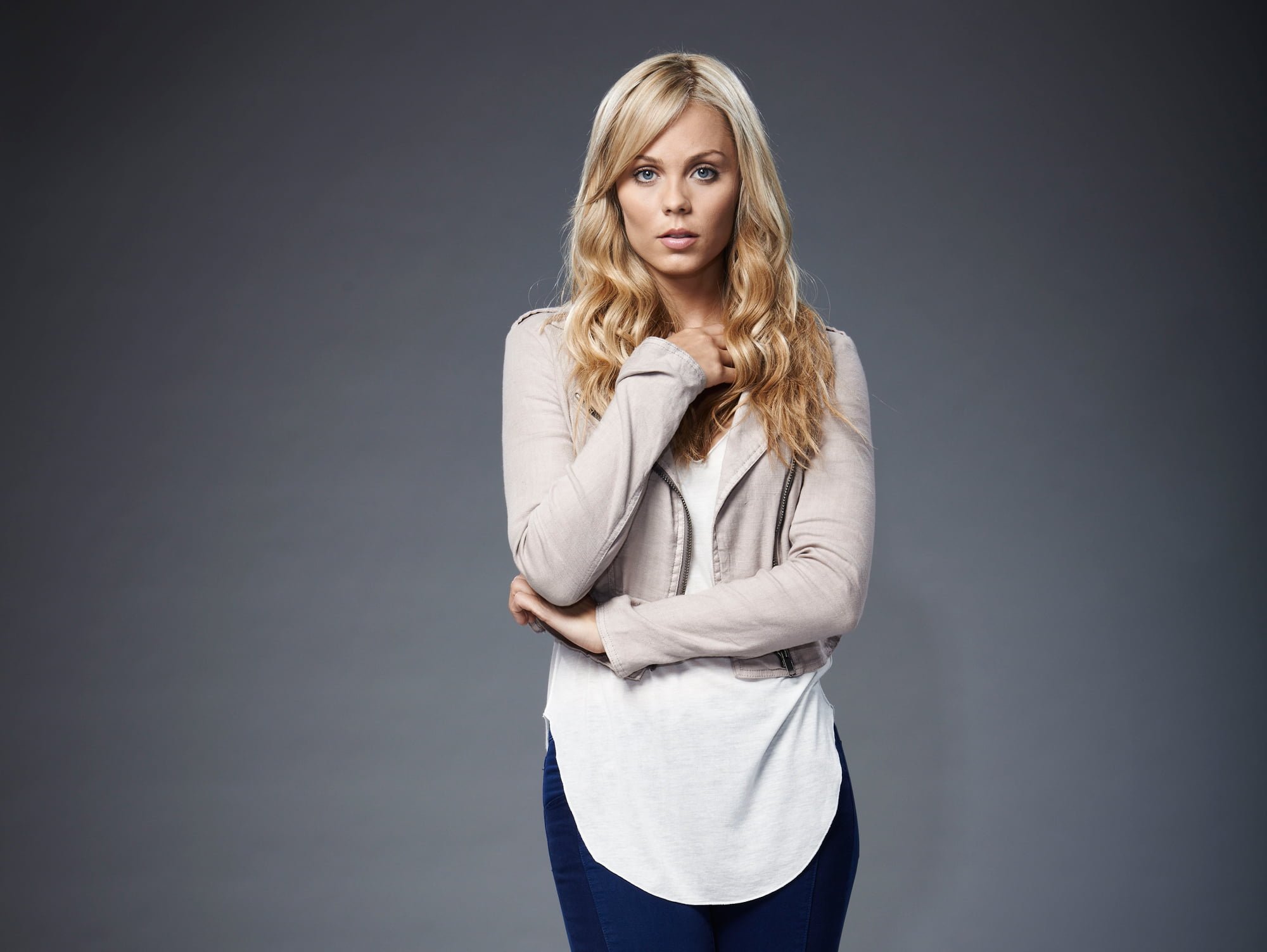 Monsters and creatures of the night come in all shapes and sizes, although not if you’re talking about werewolves. For a very long time, werewolves have been macho monsters, which is why it is more than a little refreshing to see a woman ripping into the throats of her enemies in the new Space channel series, Bitten.

Drawing on the novels by Canadian author Kelley Armstrong, Bitten takes place in a similarly male-dominated world where our hero–Elena Michaels, played by Laura Vandervoort–discovers that she is the world’s first and only lady werewolf. In her Pack–her family of werewolves–Elena has to stand up next to lots of testosterone as she also has to learn about her new abilities, while learning how to find some kind of control over the wolf inside her.

Late in 2013, near the end of filming for the show’s first season, I took a trip to visit the set of Bitten and to chat with some of the show’s stars, and one of the producers. Speaking with Laura Vandervoort between takes, the star revealed some of the back-story for Elena, while also chatting about the physicality of the role, and being part of a gang of guys on the show.

“I’ve always been a tomboy,” Vandervoort said in the interview, “so it’s sort of nice–I get competitive and it challenges me, as the only female, to sort of prove that I can do what they do.”

When I asked her what was more challenging, the role or the physical demands of the show, Vandervoort said, “Elena’s so, like I said, layered, that every day I’m finding myself challenged with scenes. They’re very dramatic and very emotional, and she’s always torn, and there’s turmoil, there’s deaths in the show, so there’s always something that she’s really struggling with.”

“So it’s nice to be challenged in this way,” Vandervoort said. “The action is just a whole other beast. It’s very specific, getting it down to a science and working with these amazing stunt people, so I wouldn’t say one is more challenging than the other. They’re very, very different forms of what we do here.”

Watch the interview with Laura Vandervoort below to hear more about Bitten, and you can catch the series Saturdays on Space at 9:00 PM (ET), and Mondays at 10:00 PM (ET) on SyFy in the United States.