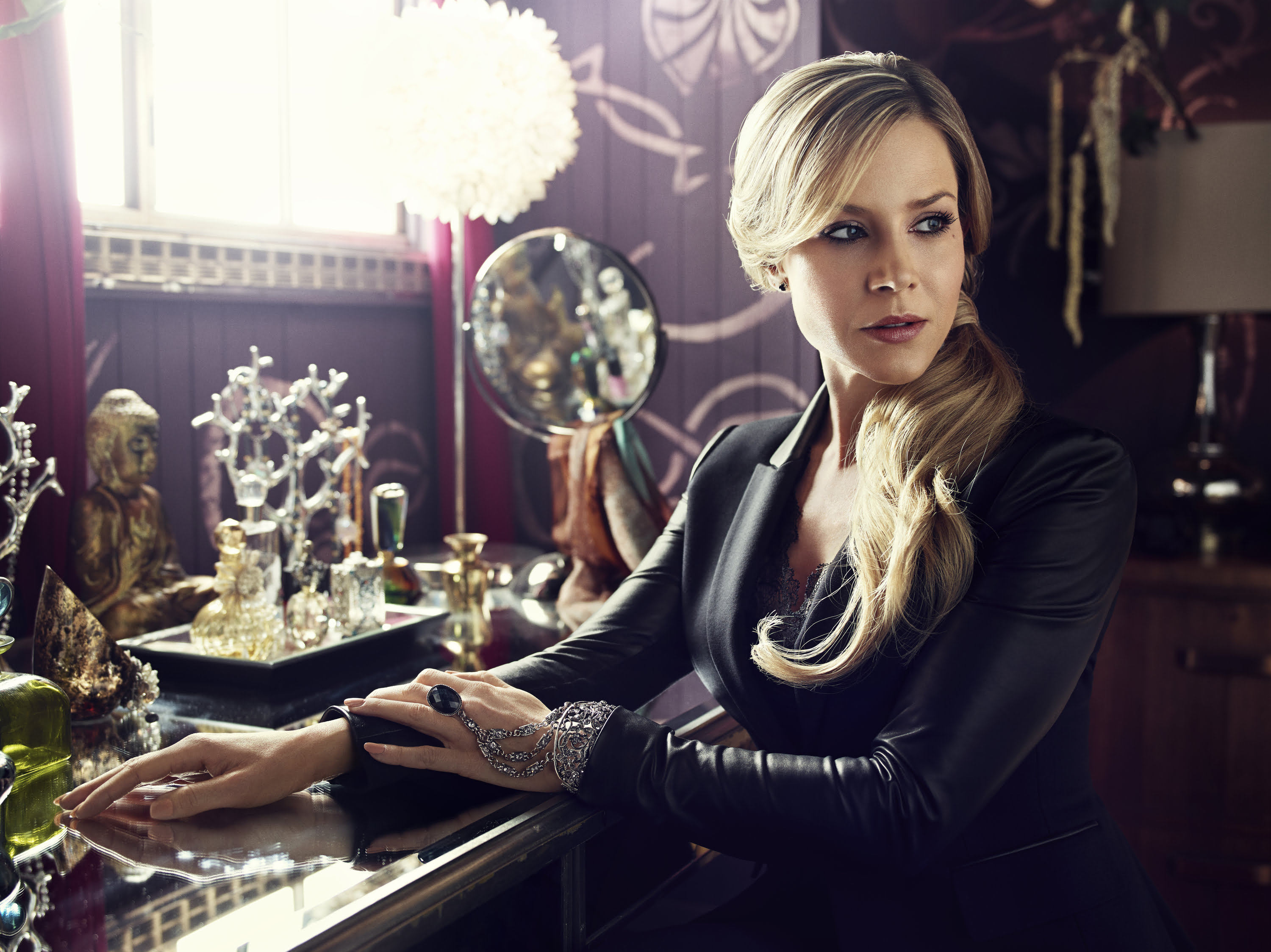 If things looked grim at the end of the first season of Defiance for former mayor Amanda Rosewater, played by Julie Benz, then wait until you see what’s ahead as the second season begins tonight.

“Amanda starts out in a very, very dark place,” Benz said about the second season. “She’s having a hard time. Her sister has disappeared. She’s lost her job. She has to redefine herself in a town that is redefining itself as well, and she doesn’t know where she fits in. Her main relationship was with her sister Kenya and that’s a huge gaping hole in her life right now, and she has a lot of free time. She likes her scotch. She’s not in a good place.”

Watch the interview on the set of the second season, during a press junket at the studio in Toronto over the winter. During the interview, Benz chats about some of the things you can expect in tonight’s new episode, “The Opposite of Hallelujah”, she talks about the off-screen friendships among the cast, her dogs, and the fact that she’s not exactly a fan of Toronto’s winter weather.