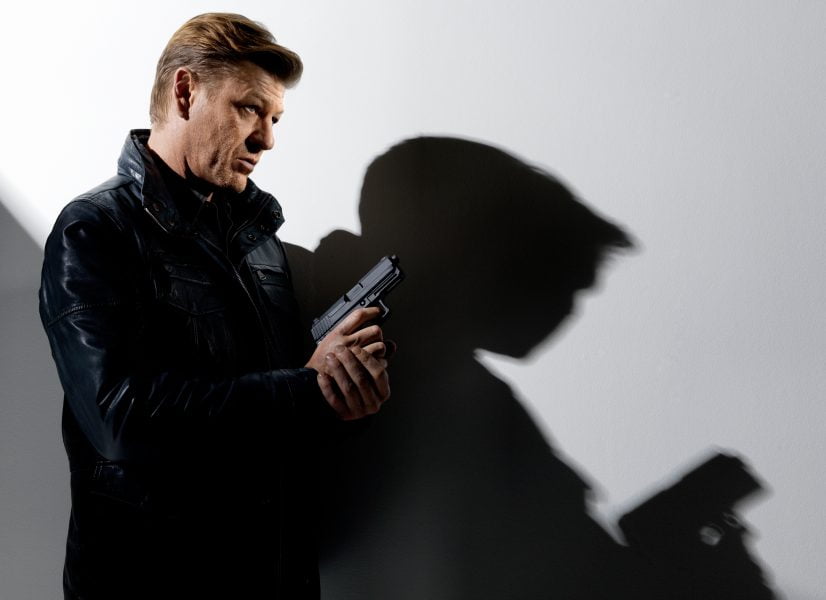 Sean Bean has had a strong career, appearing in some big films over the years, but as any fan will point out, the characters he plays have some real mortality issues. Perhaps with his new series, Legends, Bean can do a little better?

Premiering on Bravo, August 27 at 9:00 PM (ET), Bean stars in Legends as Martin Odum, a deep-cover FBI agent who begins to question his own identity after a tip from a stranger suggests that his past is a lie.

For Sean Bean’s fans, the show is a chance for the star to have a few years, as long as it is renewed of course, in one role, and a wide range of people have jumped in to have their say with the popular, and cheeky hashtag, #dontkillseanbean. TNT, the network airing Legends in the U.S. started pushing the hashtag during the Television Critics Association’s tour with t-shirts, and it’s obviously a spectacular branding opportunity for Bean and the series alike.

Whether the hashtag will end up being fulfilled or not is up to viewers who will just have to tune in to keep the series alive, but if the success of the hashtag so far is any indication, Sean Bean is probably in good hands this time, at least for now.

Scroll down for the official trailer and the “Don’t Kill Sean Bean” trailer, plus the show’s official synopsis, and a couple of outstanding tweets.


Synopsis: “In the series premiere of Legends, deep cover agent Martin Odum (Bean) returns to the FBI after an assignment infiltrating the Citizen’s Army of Virginia (CAV), a domestic terrorist organization. He tries to re-connect with his estranged wife and son, put his life back together, and get the last “legend” behind him, but when the CAV announces an eminent attack, Martin must go back under in order to stop them. Also, a mysterious stranger confronts Martin to tell him that his whole life may be a deep cover legend and that everything he thinks he knows is a lie.”